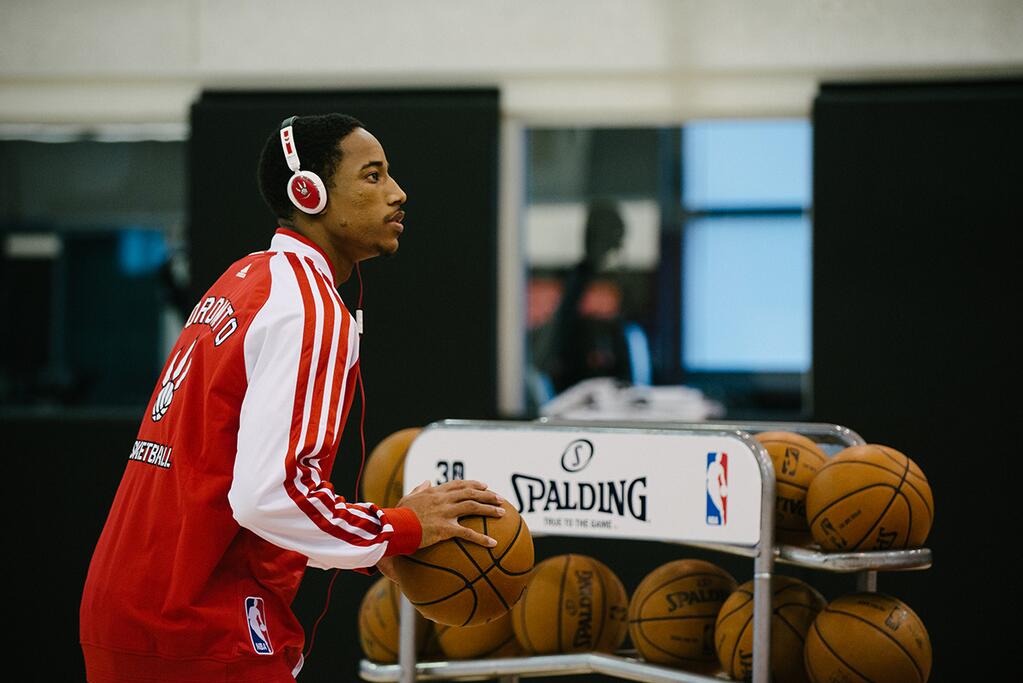 Sitting in the arena during his injury was demoralizing for Raptors fans, as the sold-out crowd held its breath when DeRozan hit the floor. The injury initially looked like a rolled ankle or at the absolute worst a torn muscle in his knee and although the torn groin tendon is a devastating injury for the Raptors, DeRozan should be back for the start of the new year.

What does this all mean for the Raptors? The team started 13-2 before DeRozan’s injury against the Dallas Mavericks. While the Raptors were down significantly in the game against Dallas, the DeRozan injury seemed to spark the team as they made a large run to fall short by only four points.

The Raptors then headed to the Staples Center, where they haven’t had any luck in years, and that bad luck continued as the lowly Los Angeles Lakers defeated the Raptors in overtime 129-122. Although the Raptors lost to a Lakers team that should be headed to the top five of the NBA draft lottery, this one loss should not define the future of the DeRozan-less Raptors.

The Raptors had a poor first-half, but their second-half was substantially better. Lou Williams had 19 points off the bench in a dismal 5-for-17 shooting performance, including shooting 3-for-9 from beyond the arc. It was his lowest shooting performance of the season when attempting six or more shots, so his performance was most likely just an off-night for the 28-year-old shooting guard.

The Raptors are currently the second-most efficient offensive team in the league, averaging 110.6 points scored per every 100 possessions, and have the 10th best defensive efficiency in the NBA, allowing 102.0 points per every 100 possessions. DeRozan’s 33.6 minutes per game average is only 0.2 MPG behind Lowry, who leads the Raptors in the category. So the Raptors are going to have a very hard time replacing those DeRozan minutes, right?

DeRozan is one of the best shooting guards in the NBA, but the depth of the Raptors may keep them afloat in the Eastern Conference for the next month without him. Although Williams is only averaging 21.1 MPG, compared to DeRozan’s 33.6, Williams is third in the NBA for all shooting guards with a 23.26 player efficiency rating, compared to DeRozan’s 16.80.

Williams also has a 2.3 wins above replacement (WAR), compared to DeRozan’s 1.7 WAR this season, so it can be shown that Williams’ value to the team during this short run has been more greater than DeRozan’s. Without the impact of Williams during Toronto’s hot streak, the Raptors’ record would be significantly worse and DeRozan’s injury would have destroyed the team.

Another reason the DeRozan injury may not destroy the Raptors’ season: the starting five now gets to incorporate dual point guards. Greivis Vasquez is normally the backup to Kyle Lowry, but with DeRozan’s injury Vasquez has been pushed to the starting 2-guard, so that Lou Williams can continue his dominance with the second unit off the bench.

Williams should now play a few more minutes to make up for DeRozan’s absence but he shouldn’t be forced into playing over 30 minutes a night, because this might be too hard on his body and could affect his rhythm that has been so good off the bench.

At the beginning of the season, Grantland’s Jared Dubin wrote a terrific piece explaining how great the Raptors have been when they have incorporated dual point guards:

In just south of 500 minutes of playing time last season, the Lowry-Vasquez pairing had an offensive rating of 111.1 (the equivalent of the league’s best offense by 1.7 points per 100 possessions) and a defensive rating of 96.2 (better than Indiana’s league-best defense), according to NBA.com. They outscored opponents by 14.9 points per 100 possessions, the third-highest mark of any two–point guard lineup that played at least 100 minutes together.

With DeRozan out of the lineup, Vasquez will most likely be starting at the 2-guard every night and will fill the void for DeRozan.

If Vasquez and Lowry can even come close to the numbers they put up together last season, the Raptors shouldn’t falter at all. With a solid Lou Williams off the bench, and some added help from Patrick Patterson, James Johnson, and Terrence Ross, it’ll be tough but the Raptors should be able to stay relevant.

With two games against the Cleveland Cavaliers in the next eight days, the Raptors’ toughness will be tested. However, with a strong performance from Vasquez as the starting shooting guard, and continued improvement and success from Williams, the Raptors may continue to surprise some people, just like they’ve been doing all season.