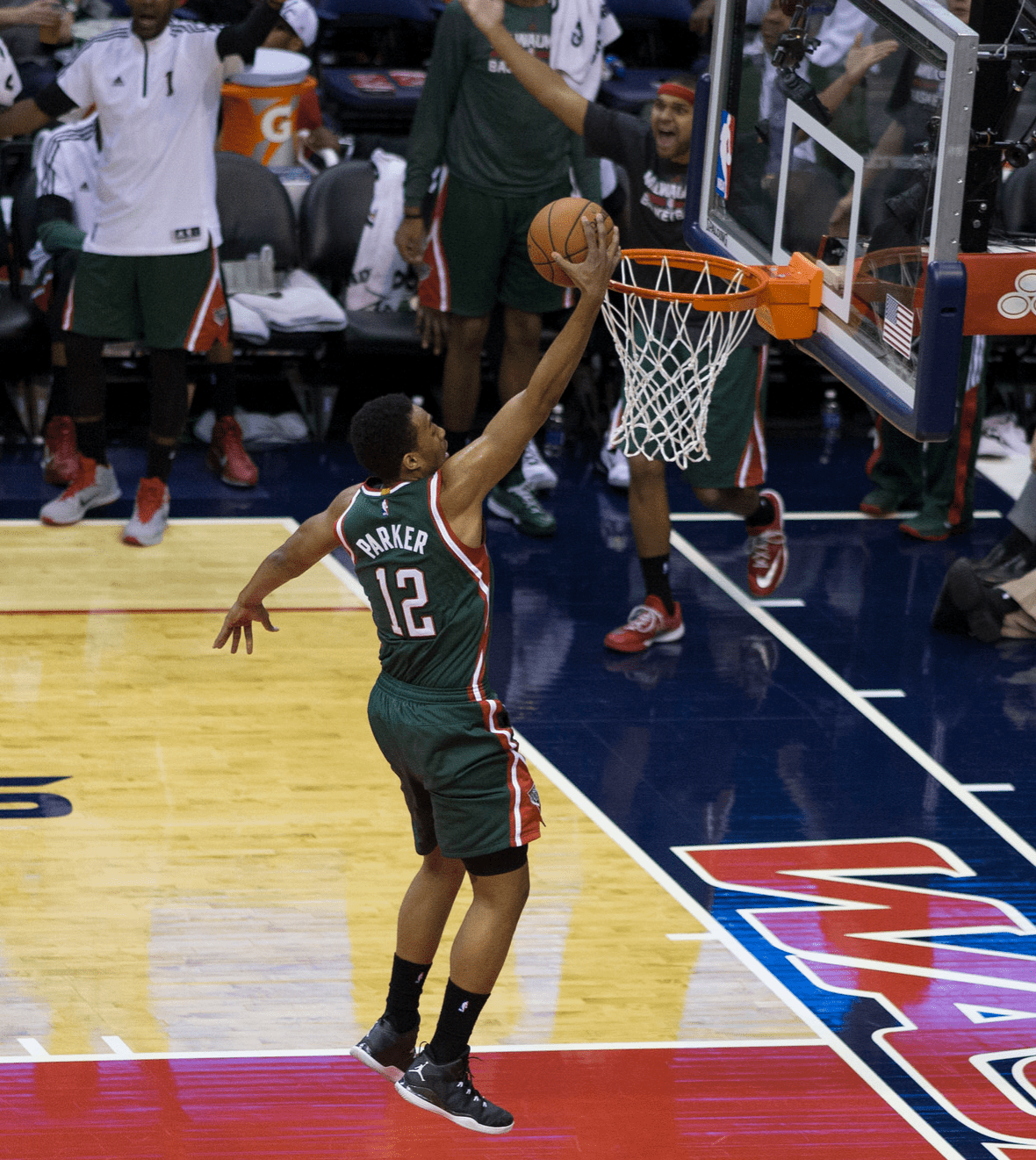 Jabari Parker (knee) is down for the count in Fantasy Basketball leagues, and that alone should send many a fantasy owners to the waiver wire in a frenzy. He’s not the only guy you need to replace, though, as injuries and regressed roles continue to shake up the hardwood on a weekly basis.

We’re back to help you sort through the madness as we take a look at some of the best options that should still be wading through the murky waters of your fantasy basketball league’s waiver wire!

It looks like the Raptors found their spark while DeMar DeRozan is out with an injury. We thought it’d be someone else, but it’s Lou Williams who has stepped up and turned in solid production for the Raps lately. No one can be sure how long he’ll stick as a key guy, but we do know he can score in bunches. If he’s passing dimes and getting steals, you’re in for some big nights, too. Just know that he can be shaky at times and is a hit or miss player.

A lot of Bucks players should benefit from Jabari Parker going down, but Ilyasova might be the guy who benefits the most. He’s a versatile forward who has struggled with health issues and consistency this year (currently not playing), but his consistency has often been directly impacted by Parker playing his role in the offense. That’s now not going to be the case, which could open the door to Ilyasova either taking over a starting spot again and/or getting major run. He can score and rebound well and it was just two years ago that he was a bit of a revelation in fantasy basketball. If he gets that prominent role back again, he’s going to be a guy you’ll want to own.

Who the heck is Robert Covington? Apparently, just a guy doing his thang. The Sixers are brutally bad, so Covington has been given a chance to get minutes and score, and he’s passed with flying colors. It’s totally unlike the Philadelphia Tankers to buy into a guy who actually helps them win, but it looks like Covington’s minutes and shots are here to stay. He doesn’t hesitate to shoot and he’s pretty good at doing so, so he’s a must-own guy starting last week. He’s oddly still available in over 80% of leagues, but that needs to start changing rapidly. You should go get him.

Whether it’s because he missed some games earlier in the year or because he had a stretch of sour outings, I don’t care. Carroll can’t be out there on the waiver wire in over 60% of fantasy leagues. He does too much and can explode too often to not be owned on a regular basis. It’s true that his offense isn’t always there and he can go full blown spare at times, but he does a little bit of everything and doesn’t belong on waiver wires.

In our weekly fantasy sleepers column we tend to lean more towards short-term fixes, focusing on the week at hand and guys that can get you out of a jam and maybe extend production throughout the rest of the season. The waiver wire isn’t about maybe’s and it’s not about sleepers. It’s about guys that are flat out producing that need to be owned. Kanter definitely fits the bill, as he just dropped 29 points in his last game and is getting major run. Derrick Favors missing some time with an illness and then a sore ankle only help, but even when Favors is starting Kanter holds solid value. It’s pretty crazy to think he’s still out there in any amount of league’s, but the last check showed about 59% availability. That percentage is going to continue to go way, way down, so go get him if you can.

On a totally different note, make sure studs like Ricky Rubio and DeMar DeRozan aren’t for some reason hanging out on your league’s waiver wire. Impatient owners dump would-be fantasy stars all the time and someone else quickly snatches them up. That, or the other managers in your league are also scared away from the injury situation or just don’t have the room to stash the guy. Rubio and DeRozan have both been out with injuries, but both can be huge once they get back and shouldn’t be available in any leagues.