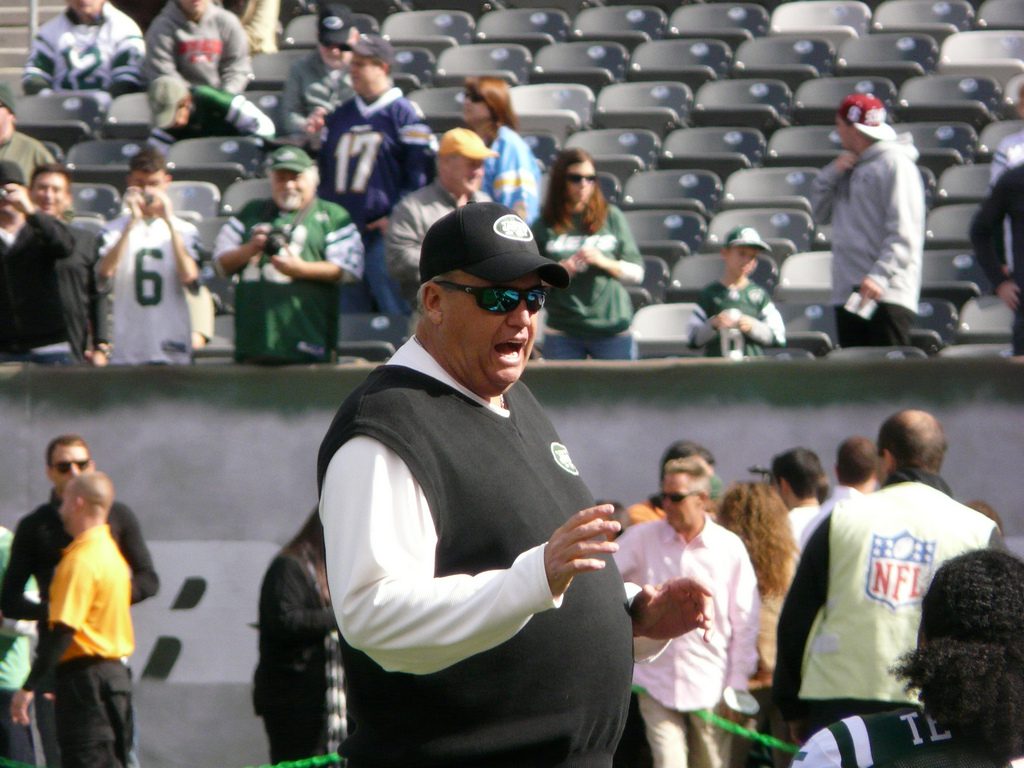 With four straight seasons of mediocrity or below average football, the back-to-back years of AFC Championship games feels like it was an eternity ago for the New York Jets.

After finishing the season 4-12, the New York Jets have now compiled a 46-49 record during the Rex Ryan era. Since the 1996 New York Jets season of going 1-15, the Jets have only had five seasons of below .500, so in terms of dreadful franchises, the team hasn’t been in the dumps like some other teams have this century. However, Rex Ryan’s and General Manager John Idzik’s heads were still on the chopping block.

Now that the Jets have let go of Ryan, how many better coaches in the NFL are lined up to take over his position? Getting rid of Ryan will not change the future of this team and since Ryan has one of the best defensive minds in football, losing him actually hurts the team.

The players seemed to love playing for Rex Ryan, so losing him will not be a positive in the locker room. Also, after winning their fourth game of the season, the Jets actually showered Ryan in Gatorade. Not many coaches in the NFL get showered after a meaningless win to finish the season 4-12.

“All you can ask for as players (is) to have a coach that they love and willing to lay it on the line for him…That’s how I feel about Rex. I haven’t been around a better coach.”

The problem for the New York Jets is not their coach: it’s their quarterback. If you watched any New York Jets game this season, it became very clear that the Jets stink when Geno Smith or Michael Vick is throwing the ball. Although Geno Smith threw for 358 yards with three touchdowns in Week 17, the consistency was not there during the season to prove that he’s a starting quarterback in the NFL.

Let’s play a quick game to show that the quarterbacks are the problem and it isn’t Rex Ryan.

Team A seems like an average team in the NFL and could potentially be the New York Jets. While, Team B looks like a powerhouse such as the Seattle Seahawks with such a great defense and running game. However, surprisingly enough Team A is actually the New England Patriots and Team B is the New York Jets.

The New York Jets are clearly the better team overall in those categories, but the biggest difference between the Patriots and Jets is the quarterback position. New England is ninth in the NFL with 257.6 passing yards per game, while the Jets are 32nd with 181.4 passing yards per game. If Tom Brady and Geno Smith swap teams, one could make the argument that the Patriots and Jets records would be swapped as well.

General Manager John Idzik is the problem with the New York Jets. Ryan’s ability to create mind-blowing defenses with crazy blitz schemes make him one of the most valuable defensive coaches in the league and Ryan should have no problem finding a job elsewhere. I can’t say the same for Idzik.

Idzik’s inability to get a good quarterback for his coach has been a killer for this franchise. Geno Smith is as inconsistent as they come, while Michael Vick was no better during his stint as the starting quarterback.

Vick is not the future of the Jets, but he probably should have been the starter in Week 1. Geno Smith showed promise during the end of the season last year, but he was just a rookie. Many quarterbacks do not transition well from college immediately into the NFL, so Idzik should have had a proven veteran in the system to nurture Smith and show him the ropes.

It should also be noted that Idzik destroyed the secondary by trading away Darrelle Revis, and releasing Antonio Cromartie, which essentially ruined the pass defence of the Jets. In his two years as General Manager, Idzik should have been the only person to get fired and Geno Smith may as well join him on the unemployment line.

Until the Jets find a quarterback, the team is going to continue to struggle. Ryan knows how to win the NFL and if he had a proven quarterback, this season would have been much different. When his offense is gaining minimal yards each possession, the defense is affected because they are put in way more vulnerable positions for the opposition to score.

Defenses win championships and Ryan knows defense. However, without an average quarterback, the best defense in the world is still going to have a hard time winning the game. If it isn’t clear enough already, the axe should have only been on Idzik’s head. The firing of Ryan will set back this franchise and only dishearten a fan base that is already in shambles.