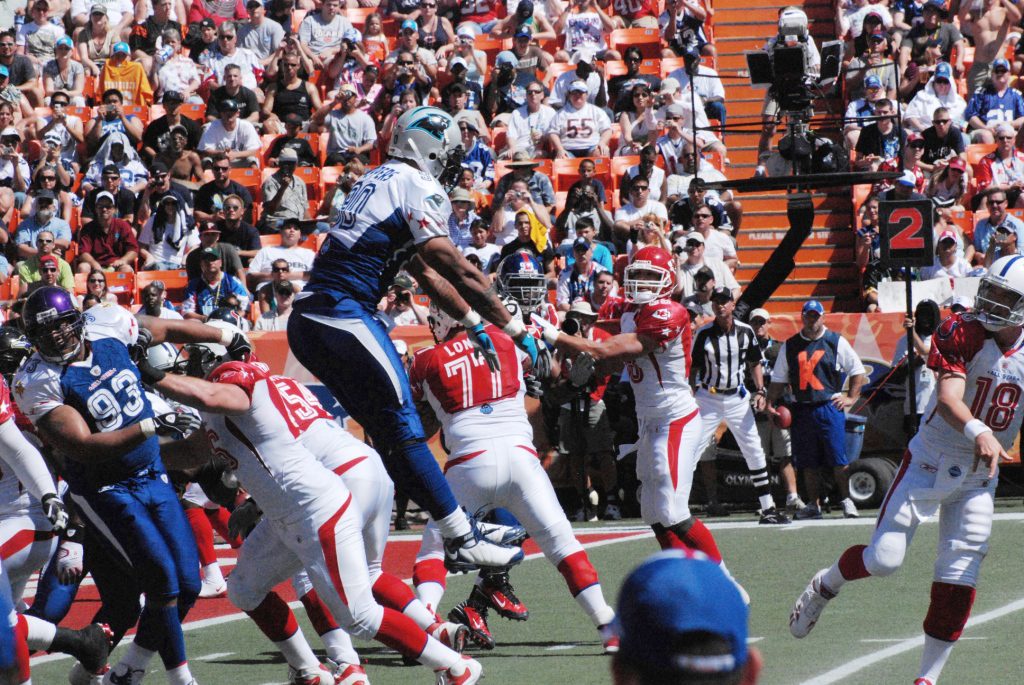 The latest installment of the NFL Pro Bowl draft happened on January 21, with a few adjustments over previous years. Teams were allotted a specific number of roster spots per position, and so players were allocated by default. The innovation did speed things up, but the entire process is certainly more about providing unique content in the dry week leading up to the Pro Bowl, rather than making the game more entertaining or competitive. And yet I still watched. Teams were picked by NFL Hall of Fame wide receivers, Michael Irvin and Cris Carter.

Quarterbacks
Team Irvin: Tony Romo, Dallas Cowboys; Matt Ryan, Atlanta Falcons; Matthew Stafford, Detroit Lions
Team Carter: Andrew Luck, Indianapolis Colts; Drew Brees, New Orleans Saints; Andy Dalton, Cincinnati Bengals
Assessment: Romo finished the year with the best rating of all of these guys, but Brees is the guy with the most experience at the QB position, particularly in the Pro Bowl. I like Luck more than either Ryan or Stafford.
Edge: Carter

Head Coaches
Team Irvin: Jason Garrett, Dallas Cowboys
Team Carter: John Harbaugh, Baltimore Ravens
Assessment: Harbaugh to me is the better coach. He has created a consistent winning culture in Baltimore since he was hired and the team never falters. However these are not his players, this is not his team. Garrett has seven players from his actual team playing for him as Pro Bowlers. Harbaugh has two.
Edge: Irvin

So by my calculations, Carter’s team only has an edge in three categories, compared to six for Irvin, with one tie. Yet the three sections for Carter may be the most crucial as often times a quarterback or wide receiver will be the one to take over the Pro Bowl. Certainly, the defensive line for Carter will put added pressure on the average quarterback trio that Irvin has assembled, but with Tom Brady not playing due to playing in the Super Bowl, and Peyton Manning and Aaron Rodgers not playing due to injury, the pickings were pretty slim. I am looking forward to the game, as I always do. Here is hoping for a good contest as we all whet our appetite for the largest single-day sporting event in the world on February 1.