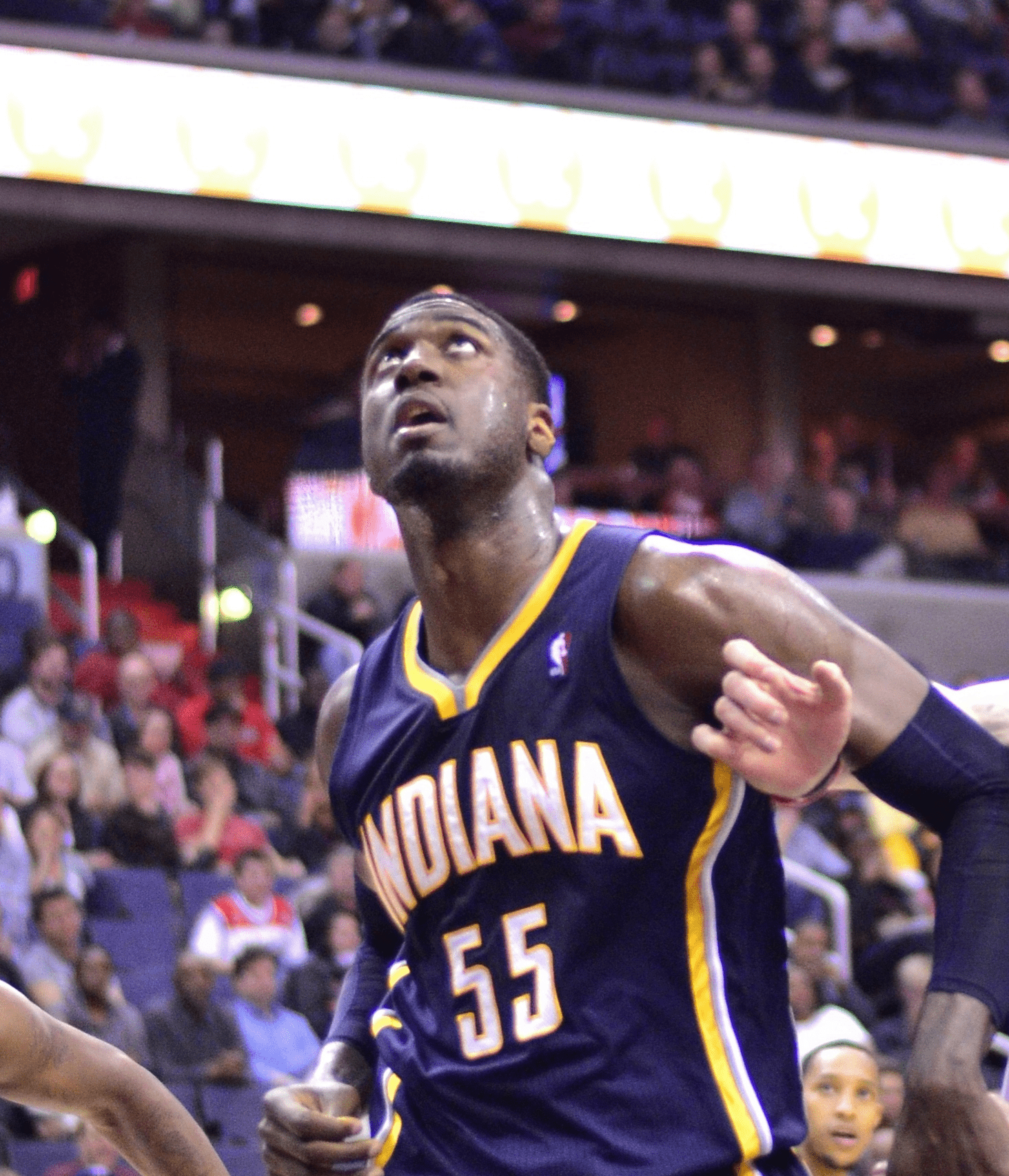 The Orlando Magic returned to the Amway Center for a home game vs. the Indiana Pacers.  Looking to find some answers defensively, Magic head coach, Jacque Vaughn, moved Aaron Gordon to the starting lineup for his first career start. Things seemed to go well until the fourth quarter, where rookie Damjan Rudez made some huge plays down the stretch to ice the game for the Pacers 106-99

The Magic got off on the note in the first quarter. With Aaron Gordon in the starting lineup, the team looked more focused on the defensive end, while moving the ball well on the offense, leading to a 16-9 start before the Pacers made a 10-Paypur With the Pacers taking a small lead, the two teams traded Buckets for the rest of the quarter with Tobias giving the Magic a 27-24 lead thanks to a three-pointer towards the end of the first.

The second quarter, the Pacers began to put their foot down. The Magic were able to take a 35-30 lead off an Aaron Gordon alley-oop, but weren’t able to hold on as the Pacers began to do what they do best, and turned the game into a grind house. Indy would take the lead and push it to as many as six in the quarter. Having a +9 rebounding advantage on the Magic (five offensive boards too), and their 54.8 shooting percentage, the Pacers would only come out the first half leading 51-49.

Orlando would come out of halftime with renewed energy. With Victor Oladipo and Elfrid Payton setting the tone defensively, the Magic were able to turn tough defense into easy offense. Orlando highlighted their third-quarter performance with some fine ball movement, as the team increased their total of assists to 20 on 32 field goals made. The Magic would go into the fourth quarter with an 82-75 lead.

With the reserves in to start the fourth, the Magic were able to hold off the Pacers for much of the quarter, even pushing their lead to as many as nine. However, the Pacers put on their hard hats and begin to chip away at the Magic’s lead. An omen of things to come for the Magic, Pacers rookie, Damjan Rudez, tied the game at 90 when he took the ball uncontested to the basket for an easy two. Elfrid Payton would make huge plays down the stretch himself, including a floater to bring the game within two for the Magic. However, Rudez would have the last laugh as he iced the game off a George Hill miss with a big three to put the Pacers up 105-99. With C.J. Watson making one of two free-throws, the Magic would drop the game 106-99, extending their losing streak to five.

David West led the Pacers with 20 points. Damjan Rudez would finish with 18 points thanks to a big fourth quarter. George Hill put up 17. Rodney Stuckey had 15, with Roy Hibbert and C.J. Watson both finishing with 11 apiece

Nikola Vucevic led the way for the Magic with a game-high 27 points. Victor Oladipo had 18 points. Tobias Harris finished with 11 points off the bench, with Elfrid Payton finishing with 10 points and eight assists.