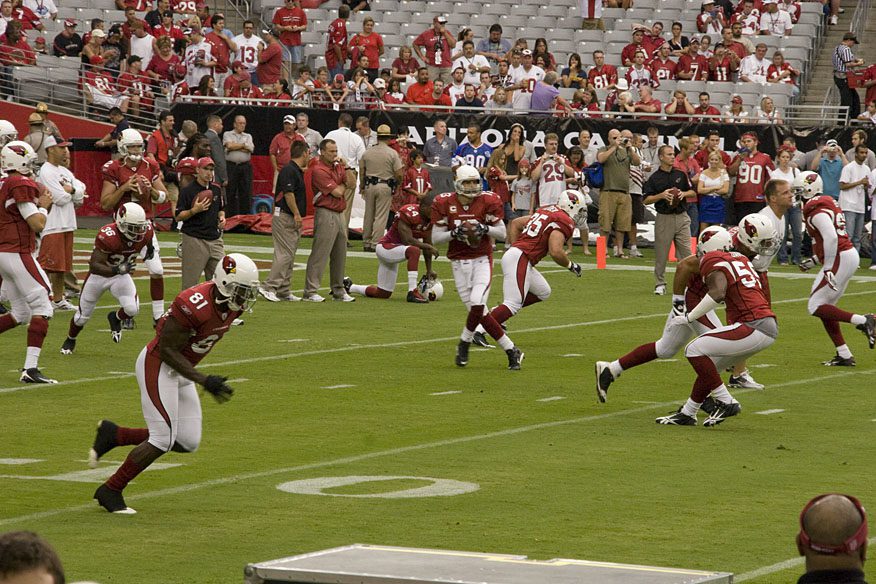 Every year my buddy Ben and I talk football when the Super Bowl is long since over. We talk about the schedule ahead, the free agent market, the draft, and all things that revolve around our teams. One thing we always kid with one another about is the amazingly ridiculous things that must be said inside the front offices of teams, in meetings between coaches, GMs, and owners. We often take haphazard guesses at such conversations. Here is one such conversation between Bill Bidwell and Bruce Arians of the Arizona Cardinals.

William “Bill” Bidwell (WB) – Well, Bruce, you sure did have a good go of it this year.

Bruce Arians (BA) – Yes sir, Mr. Bidwell. I am certain that if we keep our quarterbacks healthy we can play deep into the playoffs.

WB – Deep into the playoffs doesn’t cut it Bruce. I’m 84, I want to see our club win a Super Bowl before I die. The closest we ever got was that heartbreaking loss to the Steelers a few years ago.

BA – A few years ago, sir, that was 2008. Kurt Warner was still playing football. Larry Fitzgerald was in his prime and the NFC West was a joke. Now the NFC West is arguably the best division in the NFL, Fitzgerald has lost a step and Warner is an analyst on the NFL Network.

WB – It seems like only yesterday. Anyway, I guess we should focus on bolstering our offensive line in the draft. I hear this Larry Allen kid from Sonoma State might be a late first-round or early second-round steal due to a rotator cuff injury.

WB – It seems like only yesterday. Well, I trust you’ll find some good players to help keep our quarterback upright this season. How is old Charley doing?

BA – Sir, Charley Johnson hasn’t started a game for the Cardinals since 1969.

WB – What does? (Blank stare) Well Bruce, you sure did have a good go of it this year.

WB – I was thinking the exact same thing! I’m so glad I hired you.