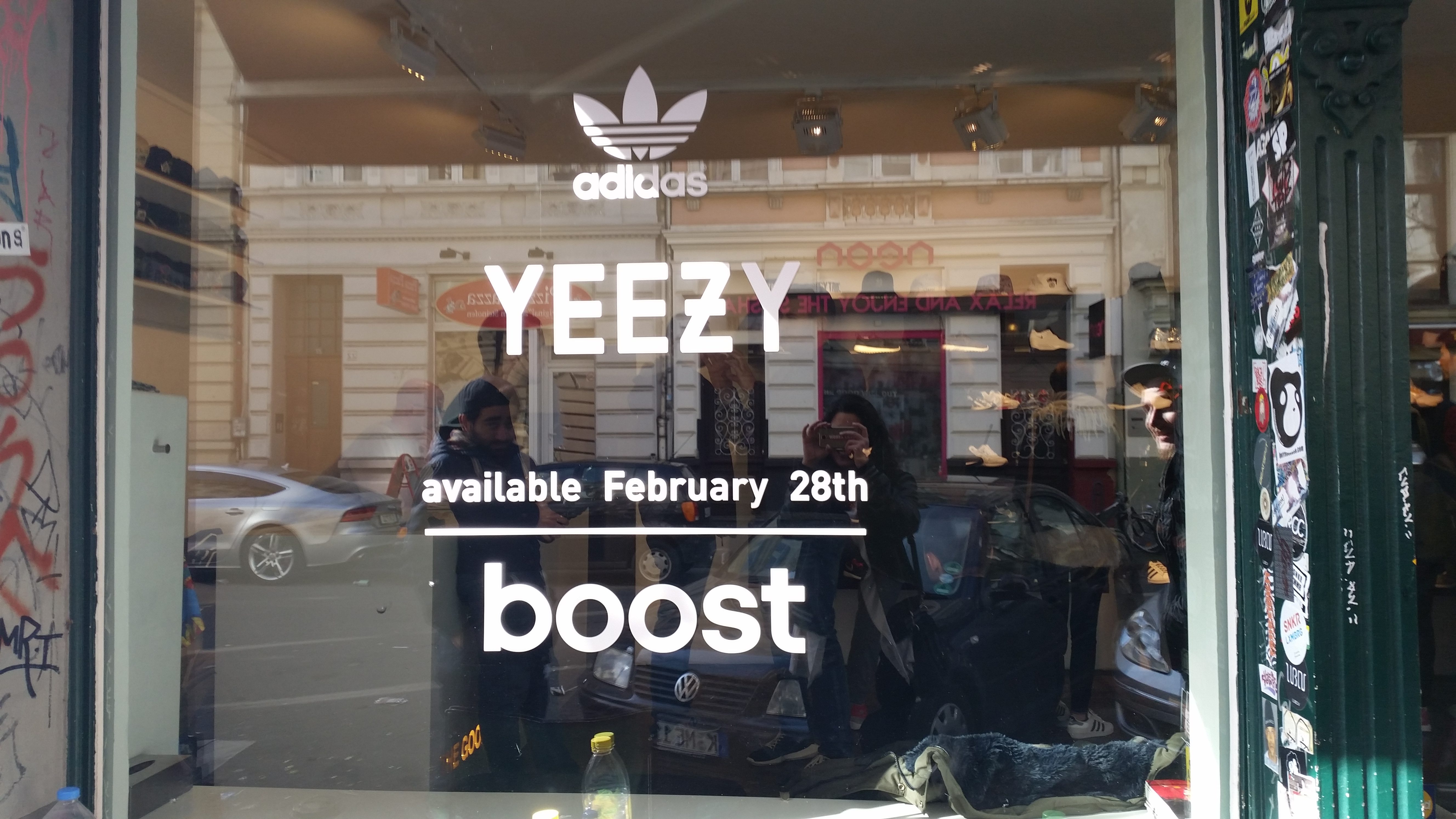 As soon as I’ve heard that my local sneaker boutique, The Good Will Out, would be one of the few retailers to get the adidas Yeezy 750 Boost (affectionately hashtagged as the #YEEZYBOOST) on Saturday, February 28, I had to see how it would go. The 10 customers who could get their hands on one of the 10 pairs who would be sold regularly had been camping out for nearly a week. Of course, there were raffles. One took place online and the other one in-store on the release date. Even though almost all the pairs available were sold out from the jump, people stood in line, wishing for the luck to win the one pair left. The in-store raffle went great. It was quick and peaceful. (Compliment to the The Good Will Out staff on that.)

As somebody who was slightly disappointed when I first saw the Yeezy 750 Boost, I have to admit that it grew on me. The in-person look of it was even more positive. The shoe looks of being of great quality and so does the suede used. The grey tone looks a little beige-y depending on the lighting. All in all, the Yeezy 750 Boost is a great shoe and The Good Will Out proved once more to be able to organize these type of limited releases. 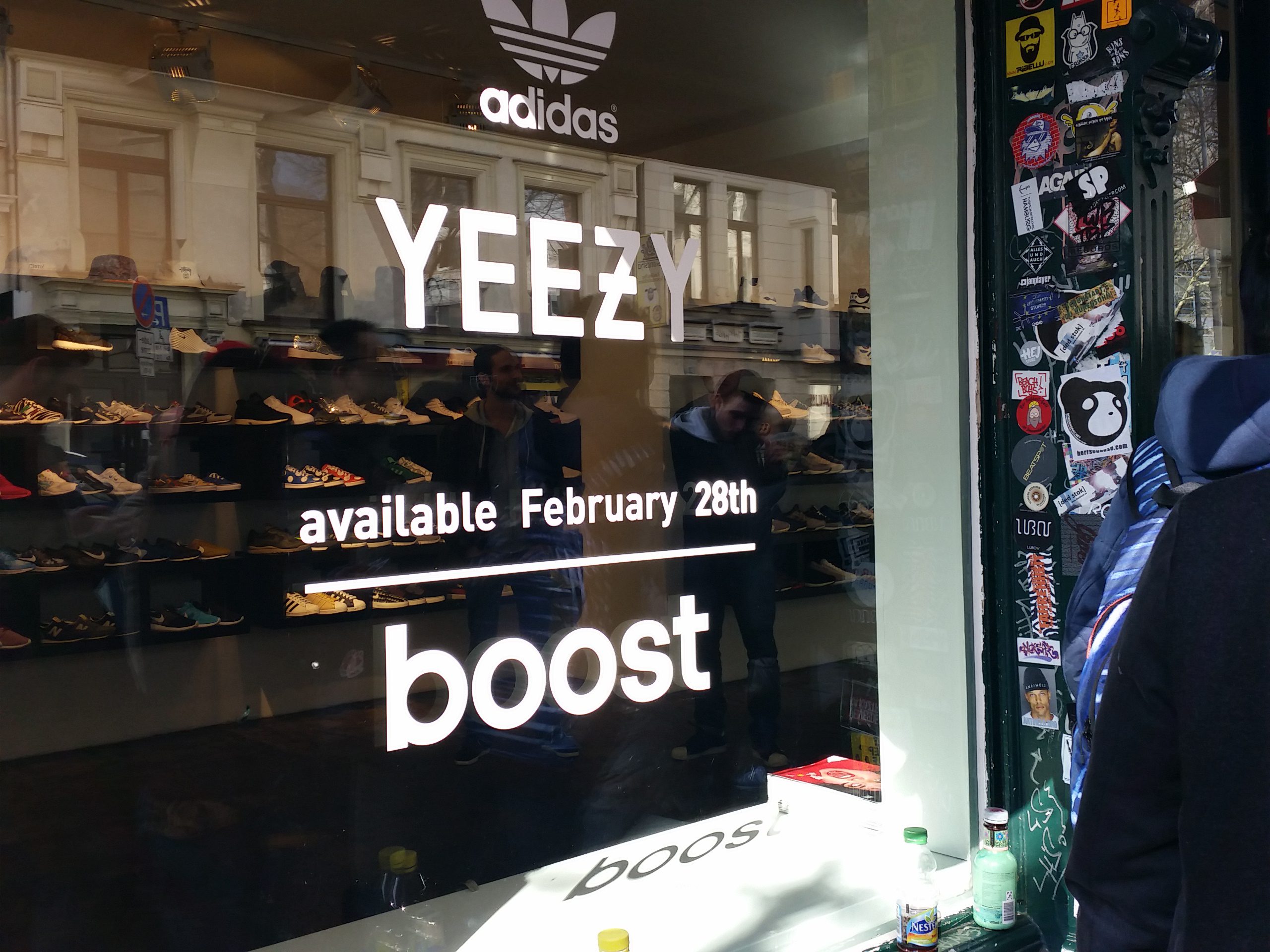 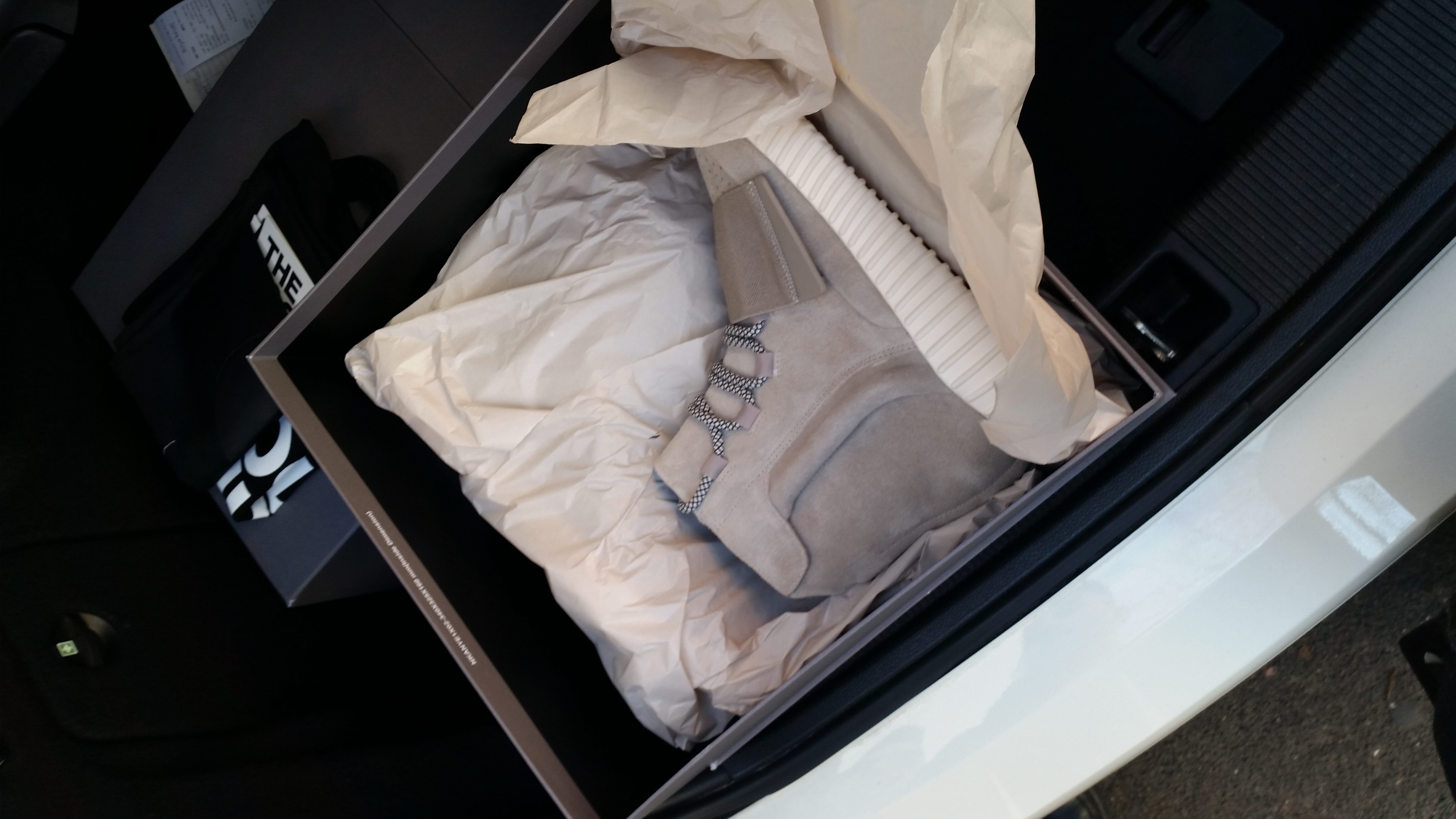 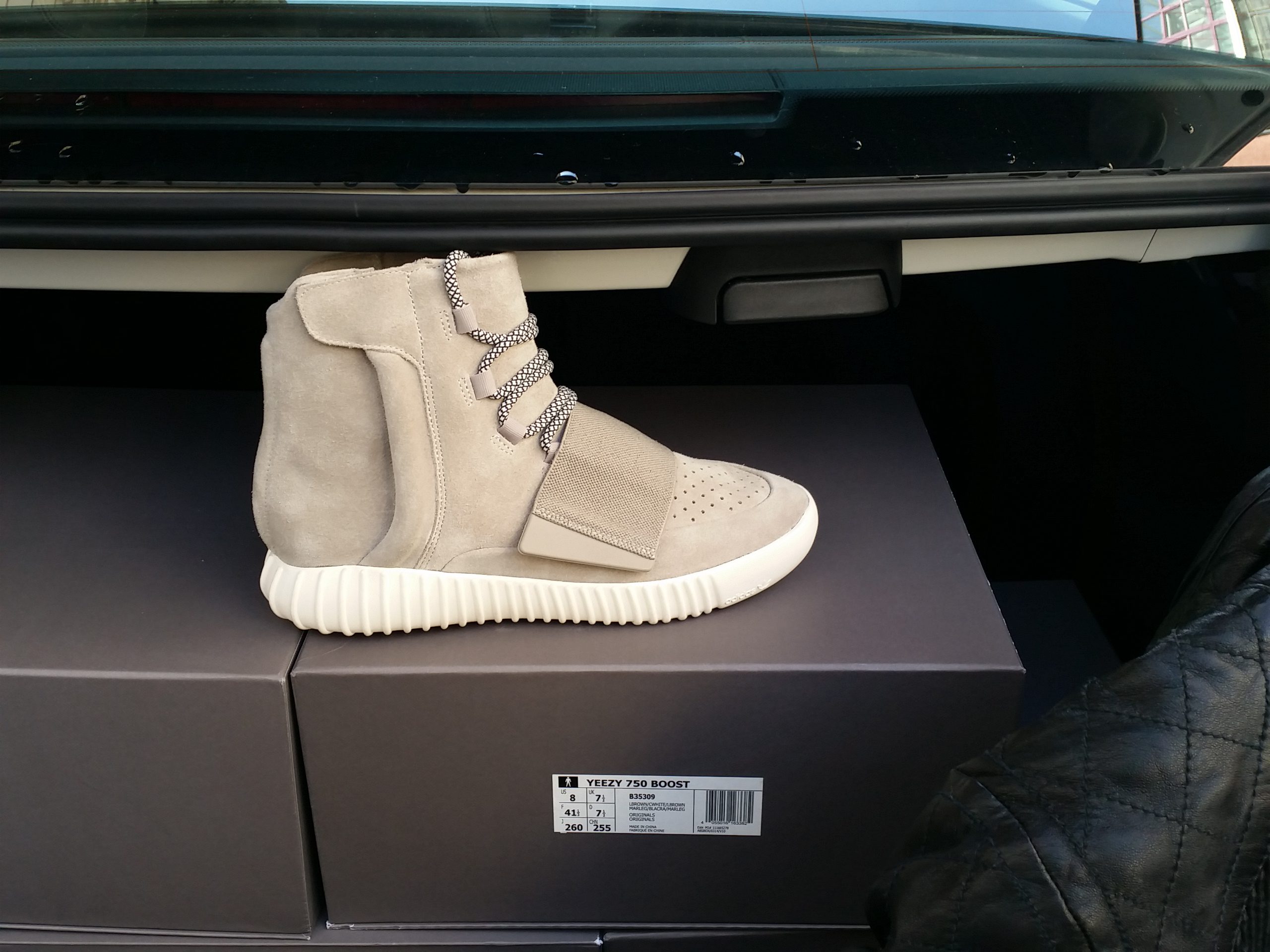