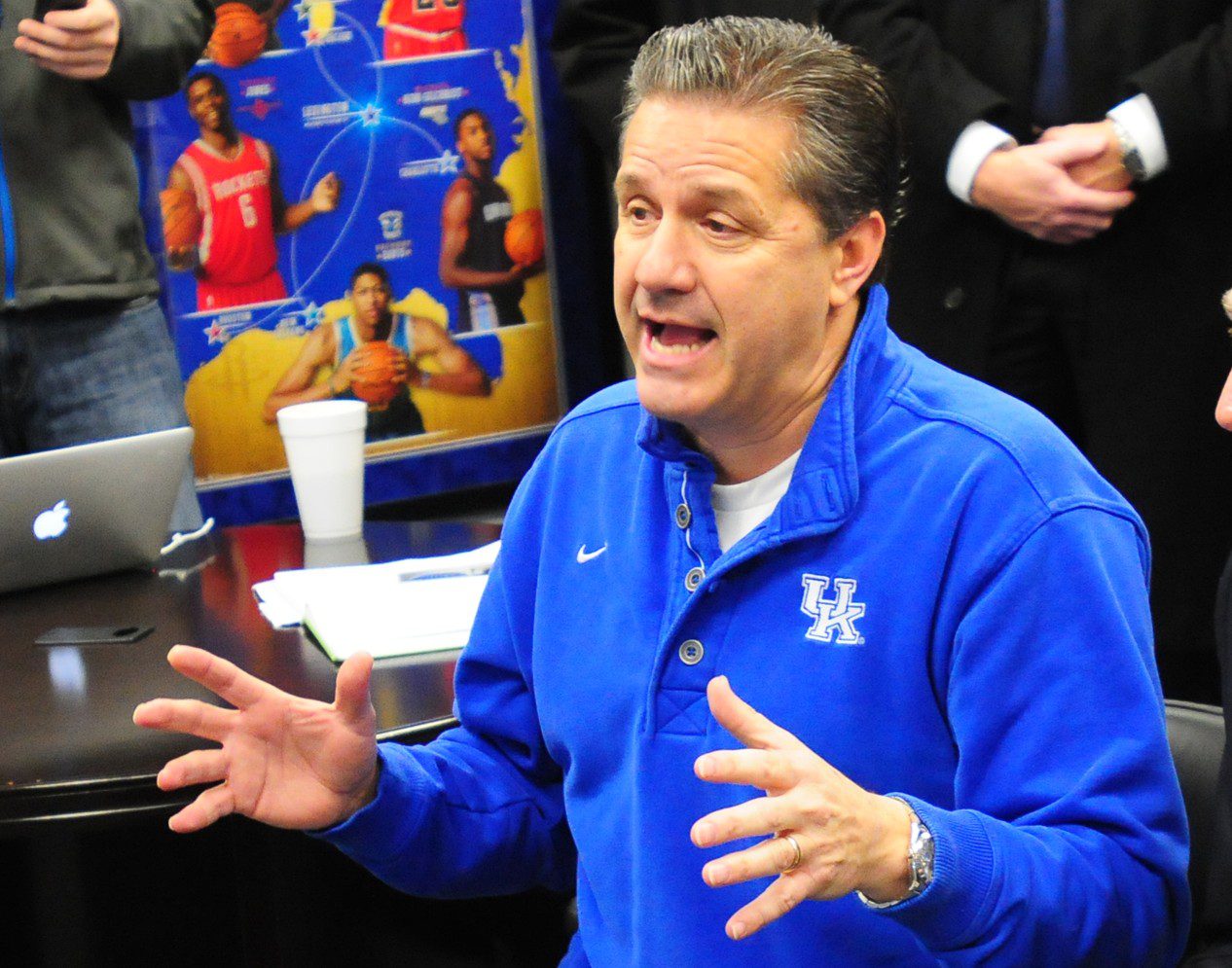 The Kentucky Wildcats’ pursuit of 40-0 continues after a late-game comeback at Georgia’s Stegeman Coliseum, where they won 72-64.

The Wildcats found themselves behind by nine with just over nine minutes left when they tightened the grip on the Bulldogs. Georgia responded to Kentucky’s late-game defensive pressure by turning the ball over, which the Wildcats turned into points in transition.

In the half court, the Bulldogs threw a 2-3 zone at the Wildcats. For the most part, Kentucky players refused to take the deep shots they were given by the zone, instead electing to toss it into Karl-Anthony Towns and the team’s other big men, who combined muscle and touch to finish near the rim. The turning point may have been when Willie Cauley-Stein grabbed an offensive rebound on a free throw – almost untouched – and put it back in for two points. That came after Aaron Harrison finished a fastbreak layup, despite being clobbered by a Georgia defender, and brought Kentucky within two.

The Kentucky Wildcats won with grit and brute force down the stretch, adding to a list of close calls this season. It’s not hard to imagine them going undefeated (they’re 30-0 so far) when they can ramp up the pressure down the stretch and throw it into big men like Towns.

Tuesday, they did it in front of a couple sports world celebrities, with Charles Barkley and Bill Belichick – yes that Bill Belichick – in attendance. I thought the Belichick thing was weird too. I always assumed he was a cyborg, drained of emotion and programmed only to care about football, which may still be the case. Apparently, he was taking in the game after checking out Auburn’s pro day. He dressed up for the occasion too.

Charles Barkley & Bill Bellichick in the house for #GAvsKY pic.twitter.com/esKA9LL3W7