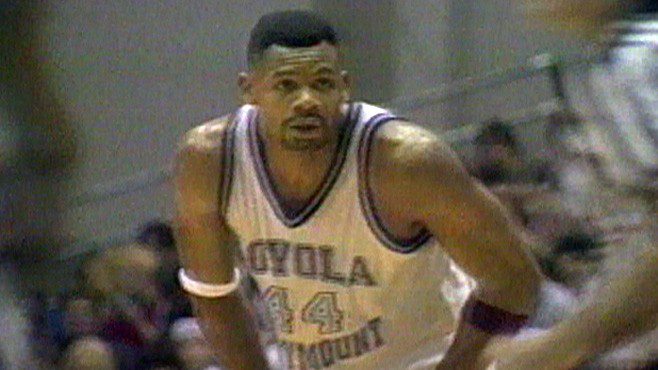 Twenty-five years ago today, the basketball world watched one of their own die on the court. Standing at 6’8, Philadelphia native, Hank Gathers, lost his life due to a heart condition while playing the game he loved.

Gathers, along with point guard Bo Kimble and coach Paul Westhead turned Loyola Marymount from a doormat to one of the most feared teams in the nation, routinely blowing-out opposing teams.

During their run, Gathers became only the second player in NCAA history to lead the nation in both scoring and rebounding.

Before he could realize his pro potential, Gathers lost his life when he collapsed six minutes into the second half in a West Coast Conference semifinal game against the Portland Pilots.

Loyola Marymount continued to run through teams all the way to the NCAA tournament where they lost in the Sweet 16.

The shock of seeing Gathers collapse on the floor is one that has stuck with many basketball fans over the years.

One of the best moments in remembrance of Gathers and college basketball history, would take place days later when Bo Kimble paid tribute to his fallen friend by sinking a free-throw with his left hand.

An autopsy found that he suffered from a heart-muscle disorder, hypertrophic cardiomyopathy. Gathers’ family later filed a $32.5-million lawsuit charging negligence. Loyola Marymount settled out of court for $1.4 million, while the cardiologist who treated Gathers settled for $1 million.