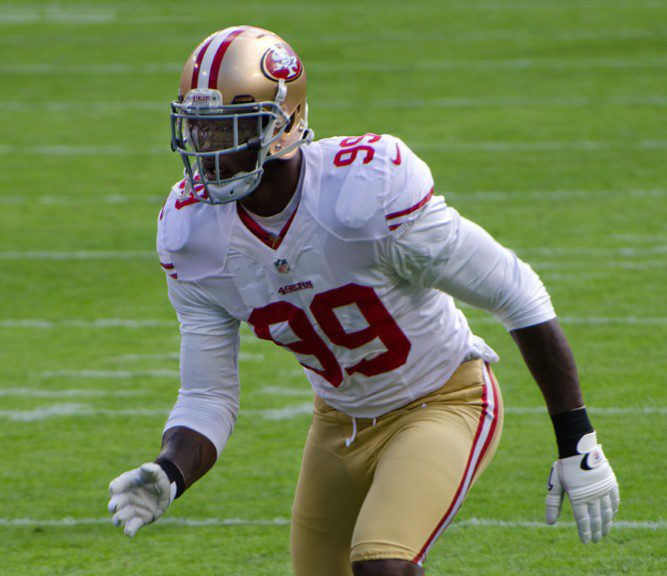 In a move that I really hope creates a trend, embattled San Francisco 49ers standout Aldon Smith, has restructured his contract with the club for its final year.

Unlike many restructurings, the move offers no less money to Smith and no increased cap space to the 49ers. Instead it incentivises the contract, so that Aldon’s base salary is much lower and the player is forced to earn the balance of the contract through play and behaviour based incentives.

Smith has played in just 18 of the 32 possible games he could have since signing the new deal, missing time due to suspensions and rehab.

The contract now allows the player to bet on himself while giving the club some financial insurance that he will act in the best interest of the team next season. This is a prime example of finding a solution that works for all parties and is an absolute win-win.

Were it not for this agreement Smith may have been cut by the club, and likely takes a pay reduction to do so. The 49ers would have lost a good player, and Smith would have lost a club that understood his struggles better than anyone else.

Dez Bryant, Adrian Peterson, Greg Hardy, take note of this and see if you can’t find a similar agreement with your current (or potentially new) employees.