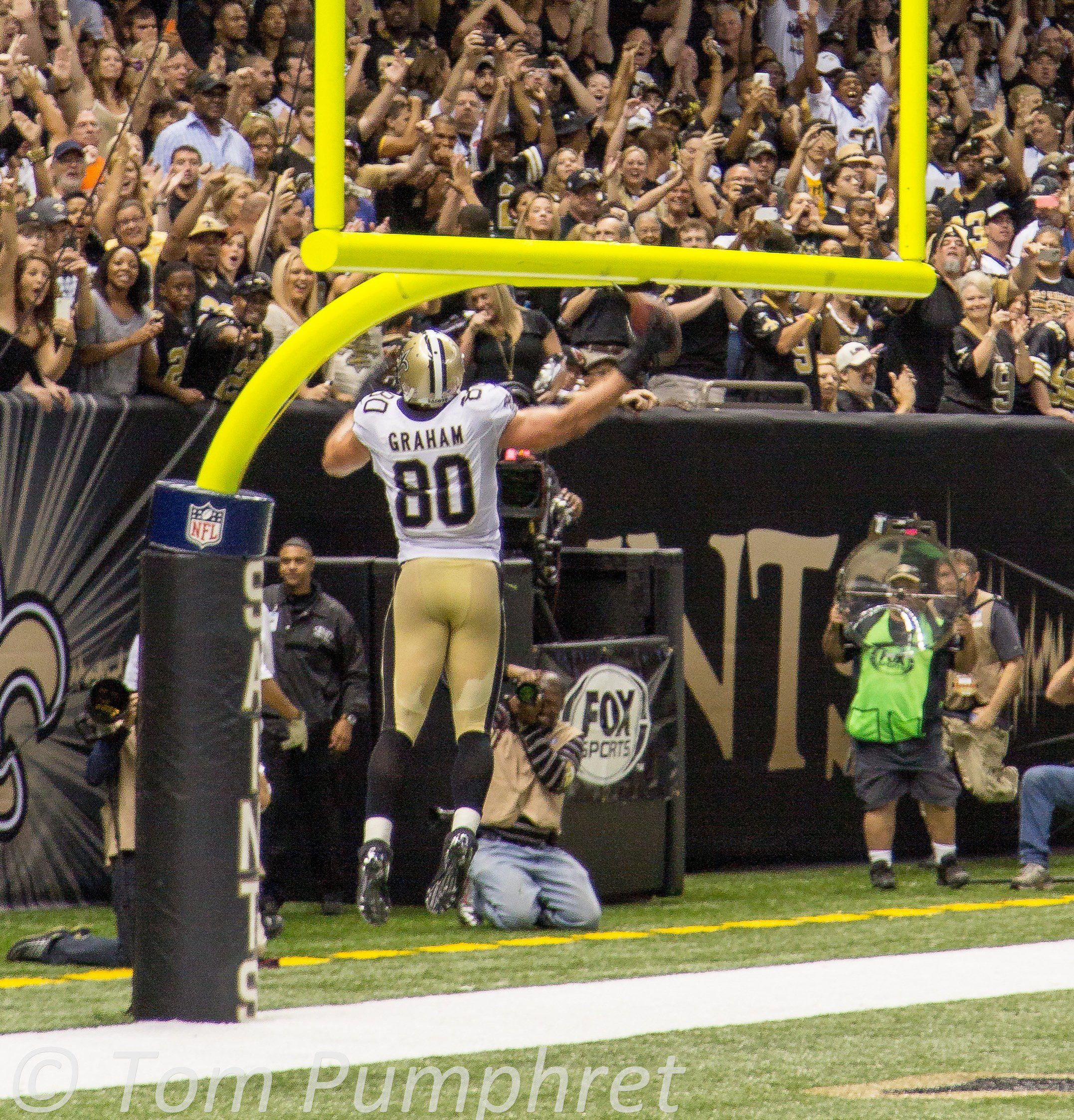 Update: The Philadelphia Eagles have agreed to terms with RB DeMarco Murray on a five-year, $42 million contract.

The definition of a gambler is “to play at any game of chance for money or other stakes”.

Not that to some degree all coaches and teams don’t gamble with free agents and releasing or trading players, this season has seen some moves that even have degenerate gamblers saying “whoa buddy, know your limit.” Trading Jimmy Graham for anything was questionable, as was shipping valuable veteran Haloti Ngata. Allowing standouts like Darrelle Revis to find a new (old) home in New York was equally baffling to the slew of players who cut their NFL careers short by announcing retirements well before the demand for their playing talents was over. And amidst the whirlwind of uncertainty and insanity there was one team and one man who stood out as the crux of crazy.

Chip Kelly is entering his third year as the head coach of the Philadelphia Eagles. Kelly brought with him a system from the Oregon Ducks that he felt could disturb the very foundation of the NFL framework. The concept is simple enough; more plays, more yards, more points. The team strives to speed the tempo of their offense up to a point where they are running twice as many plays as a normal team. The first year it was in the league it got the Eagles into the playoffs. The second year the team fell a game short, and there were some significant injuries in the mix. Going into it’s third year the team seemingly responding faster than the league, there was every hope the Eagles could take a stab at the division crown again.

Enter the month of March, that has seen all manner of the unexpected. While the rest of the league is still double checking paperwork and asking “did that really happen?” Chip Kelly and crew are busy working on the next move that will puzzle more than it inspires. It all started with perhaps the most puzzling move of the major ones thus far.

LeSean McCoy has been a rare talent since entering the league. The comparisons to former Eagles running back Brian Westbrook are well earned as he’s a speedy back that can catch the ball and has tremendous flexibility in terms of where he can line up and how he can be effective. So when the Eagles traded him to the Buffalo Bills for Kiko Alonso there were questions. Kiko didn’t play last season due to a torn ACL, and has recently stated that he doesn’t feel as if he’ll start camp for the Eagles without being limited in some way. If you had to try to find some logic of trading away a healthy pro-bowl running back for an injured linebacker it is that Alonzo played at Oregon under Chip Kelly, he understands the defensive system Kelly would like to have in place, and the move saved the Eagles some cap space. Even with those two positives the trade still hardly seemed fair to anyone who analysed it. I imagine the Bills half thought the offer was a joke when they heard it before jumping at the opportunity to have such a gifted and young running back.

Just when the dust from this trade was settling down it was announced that the Eagles would not be resigning wide receiver Jeremy Maclin to the squad. Before free agency even official began Maclin’s original NFL coach Andy Reid scooped him

up for the Kansas City Chiefs. At a press conference after the signing Chip Kelly stated that he wanted Maclin back in Philly, but that the team was unwilling to go as high as the Chiefs did. The Chiefs agreed to a five year $55 million dollar deal, which is probably the going rate for a 26 year old receiver who has averaged just shy of 1,000 yards and over 7 touchdowns a season in his five years with the Eagles.

Around the same time the team released veteran pass-rusher Trent Cole. At 32 this move is the one that makes the most sense, as Cole and the team couldn’t agree on a restructuring of his contract that would have seen the team get some financial relief. Cole wasn’t on the market long finding a new home in Indianapolis with the Colts, who are paying him $8 million a season. While the loss of salary is surely beneficial to the teams plans moving forward Cole was an elite pass rusher who’s skills are going to be harder to replace on the field. Cole also provided a degree of veteran leadership on the defensive side of the ball.

Then the team resigned backup quarterback Mark Sanchez. Now normally this wouldn’t be a big deal, except for the fact that Sanchez was signed to a two year contract that can approach $8 million a season, with $5.5 million in guaranteed money. All that scrimping and saving Kelly did is gone for a player that may never see a snap. Sanchez did play really well in relief of Nick Foles last season, to the point where Sanchez was rumoured to be a trade piece to either allow the Eagles to move up the draft board or to simple acquire a need positional player back. The expectation was not to resign Sanchez at near starter money for the next two seasons.

But why stop with one quarterback brainteaser when you can have two? At the start of free agency the Eagles promptly traded Nick Foles to the St. Louis Rams for quarterback Sam Bradford, straight up. Foles missed a great deal of time last season with a broken collarbone, but this isn’t an injury expected to have nagging or lingering results. It’s also the only point in his NFL career where Foles has been injured. Bradford on the other hand has seen more doctors than the casting directors of Grey’s Anatomy. There has been a suggestion that Bradford was to be the piece the Eagles would use to climb the draft board and acquire Marcus Mariota, but is Bradford a better bargaining chip than Foles? Foles has been selected to the pro-bowl. Foles has lead the Eagles to the playoffs. Foles has emerged from a quarterback battle with Michael Vick as the superior player. Bradford has been handed the starting job since day one and been ok, when he was healthy enough to play. Another train of thought is that Bradford could be cut with far less cap impact than the recently re-signed Foles. Still another rumour is that Bradford was the preferable option as the style of offense he ran in college (five years ago) was similar to the one Chip Kelly uses.

With all the moves it’s amazing the team even noticed that they now needed a running back for the 2015 season. Initial reports were that former San Francisco 49er Frank Gore was to be the replacement. Then Gore switched his mind and signed with the Indianapolis Colts instead. Reports later surfaced that LeSean

McCoy had contacted Gore and informed him of the offensive plans for next season, though McCoy vigorously denies any tampering, or that he was the net result of Gore deciding to play in Indy. After the Gore deal feel through there was talk that the Eagles would sign DeMarco Murray. The leagues leading rusher is still a prime free agent target, and given the fact that he and Sam Bradford used to play together at Oklahoma there was hype about reuniting the two Sooner’s. Those theories all got abolished when the Eagles turned around and signed Ryan Mathews.

Mathews played in an up-tempo style offense in college, and is a much better fit to the scheme than a battering ram like Frank Gore, but the signing wasn’t without it’s befuddlements. Firstly the money is a bit of a concern. Mathews signed a four year $16 million dollar deal, roughly the same money that Mark Ingram got with the New Orleans Saints. Unlike Ingram though Mathews missed 10 games last year with a torn MCL. Statistically Mathews numbers appear much better than Ingram’s as he was the feature back in San Diego where as Ingram split time, but the costs still seemed high when previous moves suggested the team was looking to save money. The move seems especially questionable when you understand that MCL injuries tend to compound more quickly with abusive positions such as running back. Having Mathews locked up for four years seems optimistic at best considering these factors.

Such is the series of gambles that Chip Kelly has undertaken thus far. There is still the high probability that he will gamble even more to move up and select his former Oregon Quarterback Marcus Mariota in the coming draft. Given the past few days I would say nothing is out of the question. I even joked with my friend and neighbour James (who is an Eagles fan) that Chip would somehow find a way to trade himself away. The one thing that is for certain is that these moves are high risk for high reward. No team has dramatically changed their starting line-ups as much during this offseason. It will be as if it’s Kelly’s first year in the NFL all over again with the combination of new players he has to use. If he somehow finds a way to make that work in his favour and steal the division crown back than he will be hailed for his ingenuity and foresight. If the injury problems for these players persist and the team falls further behind the division leader that expect sweeping changes with the management in Philadelphia next year.

When you put all your chips in the pot you either win big, or loose big.