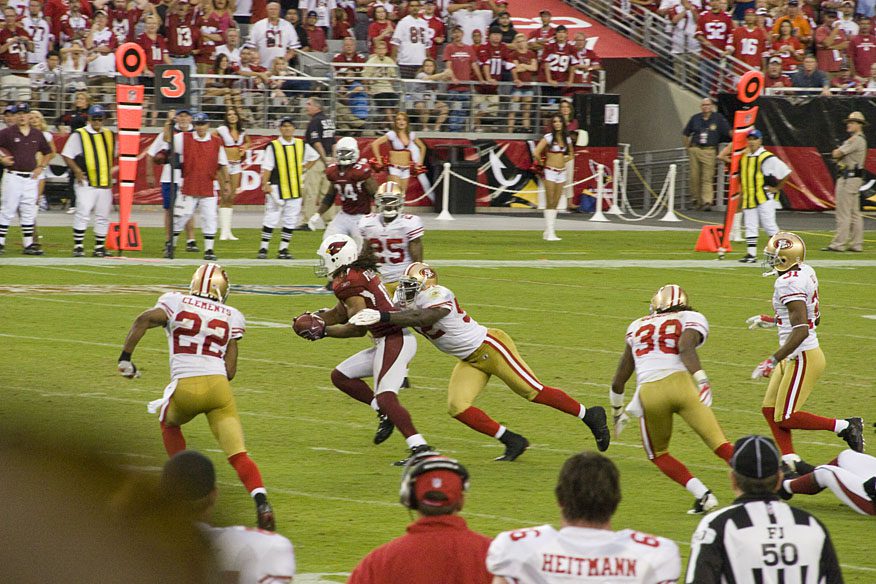 If you’re a San Francisco 49ers fan now might be a good time to think about a different team.

Coach Jim Harbaugh left town with a bad taste in his mouth. So much so, that he decided to hang up his kaki’s in the NFL and put on a totally different shade of beige in the NCAA.

If that combined with the loss of Frank Gore and Vernon Davis via free agency were not enough, reports have surfaced that defensive standouts Patrick Willis and Justin Smith are likely both set to retire before the start of the 2015 season.

Smith’s decision would be slightly more on the expected side as he’s played 14 years in the NFL and has shown a slight lack of passion for his position in the last year or so.

Willis on the other hand is 30, and in his prime. Willis did miss the majority of the past season after surgery on his toe, but this was not expected to be an injury with any prolonged effect on his abilities.

Perhaps, much like their former coach, the players were unhappy with the way the team is being managed, and have decided to call it quits, rather than get embroiled in a lengthy contract or trade dispute with ownership.

If I were a 49ers fan, I’d be disappointed with the sudden switch that saw the red and gold go from the Super Bowl two seasons ago to a team clearly in need of various pieces to be competitive entering 2015.