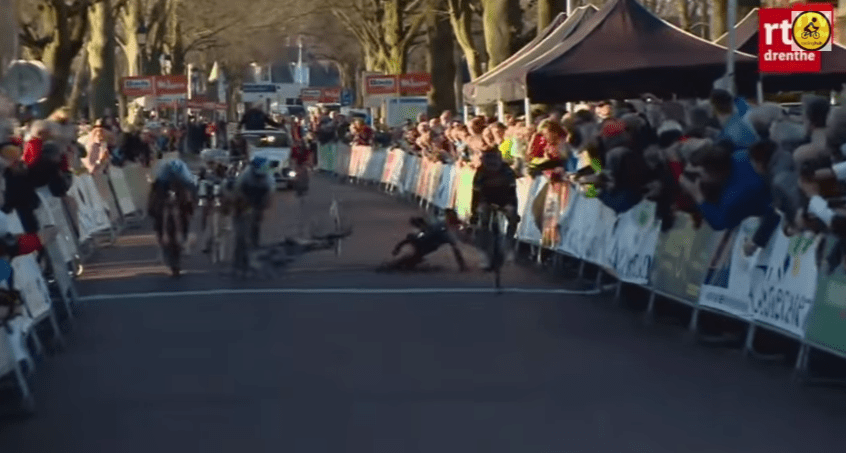 I’ll be the first to admit, I’m not a fan of the sport of cycling. Even during Lance Armstrong’s dominance of the sport, I wasn’t one to really pay attention.

But I can admire a good crash.

Recently, at the Molecaten Drentse 8 in Hoogeveen, Netherlands, Australian cyclist Loren Rowney found herself face first on the pavement with a bike on her back after an overzealous fan reached at the wrong time.

What is known is that Rowney went from competing for first to finishing seventh. She also suffered a broken collarbone.

No word on what happened with the fan. Guess we can call this “Handlebar-Gate.”