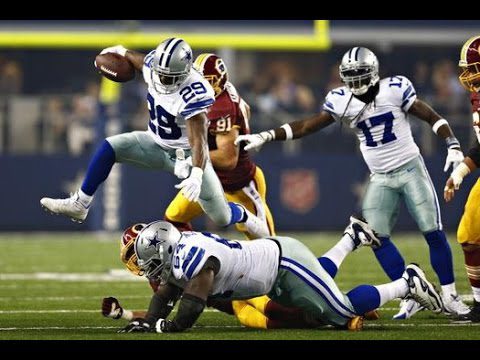 Reports were released on March 11th that the Dallas Cowboys had upped their offer to league-leading rusher DeMarco Murray to $5 million dollars a year. Word also came out that Murray would be flying to Philadelphia on Thursday, March 12th to meet with Chip Kelly and the Eagles.

The waters were also muddied by the reported interest of potential big spending squads like the Jacksonville Jaguars or the Oakland Raiders. Given the Eagles recent signing of veteran running back Ryan Mathews there was doubt that the team would be able or willing to afford Murray, and yet the meeting still took place. Perhaps it’s because the Mathews signing wasn’t as official as everyone had been led to believe.

There are those who believe Murray was simply using this meeting as a way to drive up his price with the Cowboys or any other club, and he has no intention of signing in Philadelphia. All those notions were put to rest when Murray signed a five-year deal worth a reported $40 million dollars.

The fact that Murray has held out this long in making his decision has added a different air of drama to the NFL discussion. The last two weeks have been a non-stop barrage of deals and decisions that have everyone at odds trying to decipher the logic behind the actions for each team, the coach, and free agent. The air of mystery surrounding Murray’s decision was a refreshing change of pace. You should have made them sweat it a little more D-Mo, you may only get one chance at this.