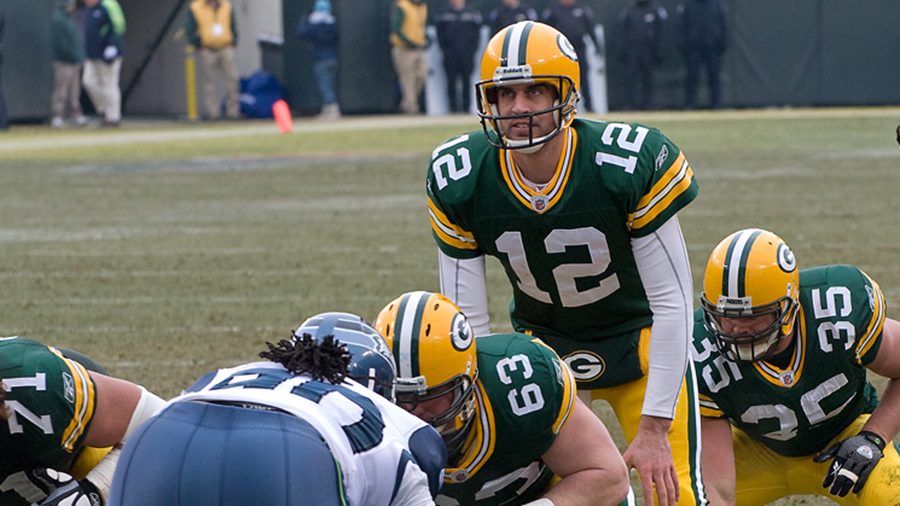 Sam Dekker hasn’t even made it to the Final Four yet and he already has big name stars calling him out. The 6’7″ small forward has been a major part to the success of the University of Wisconsin’s men’s basketball team this season. Along with center Frank Kaminsky, The Badgers are one of the top teams in this year’s NCAA Men’s basketball tournament. Another star in the cheese state is watching Dekker and the boys, and thinks that he can take Dekker in a game of 1-on-1.

Green Bay Packers quarterback Aaron Rodgers laid the challenge down on Twitter recently. While Rodgers stands at 6’4″ and outweighs Dekker by a few pounds, Dekker has Rodgers by three inches in height and he, most importantly, actually plays basketball! No matter how much Aaron brags about his “Vlade Divac type moves,” something tells me that Sam the Man will get the best of this match-up.