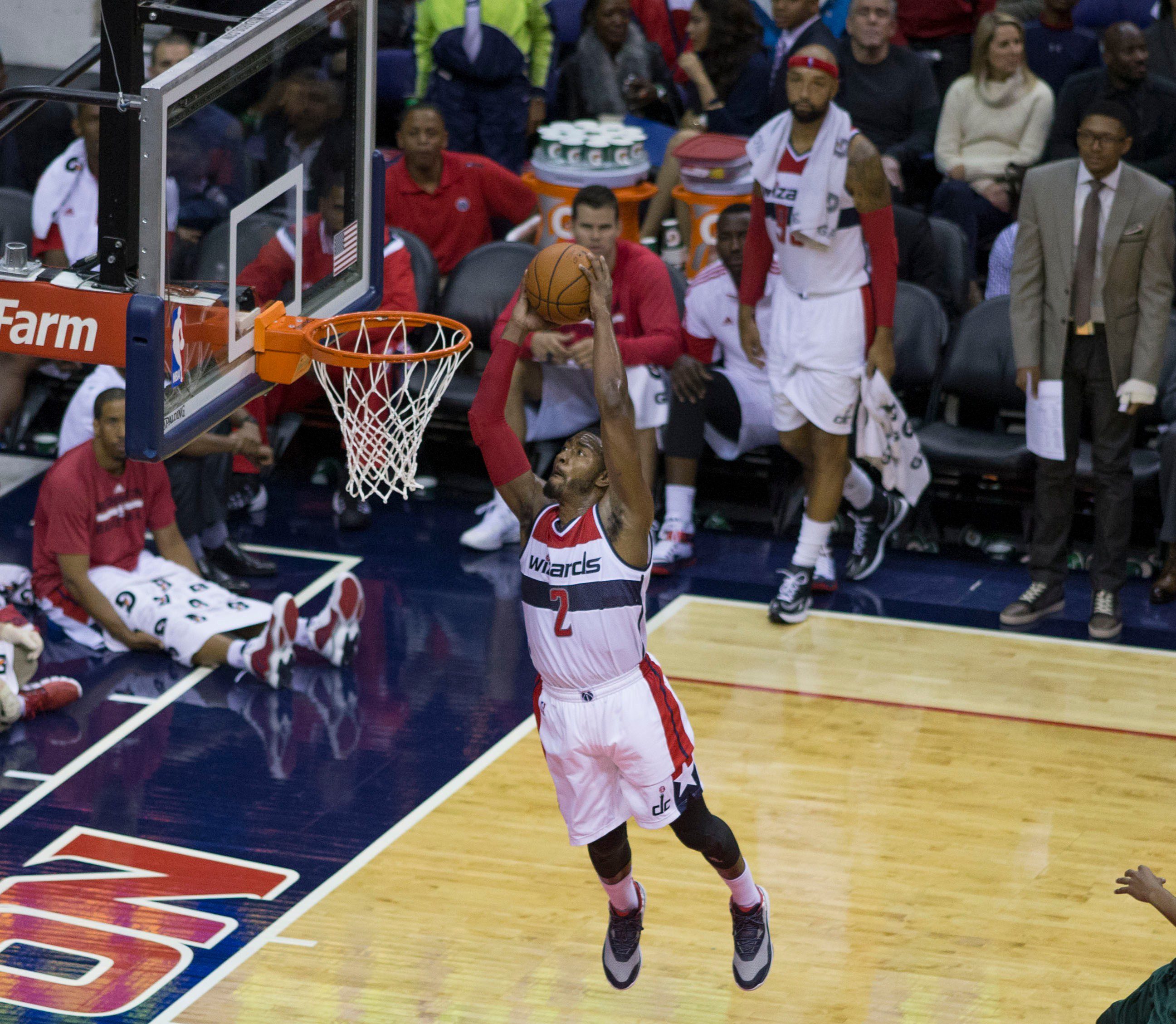 It’s hard to get excited about a 5-seed. In fact, a 5-seed has never won the NBA Championship. So, there’s that. But it’s particularly hard  to get excited when that 5-seed has gone 13-15 since the All-Star Break.
That’s the Washington Wizards.
Fortunately for the Wizards, their first-round opponent has also fallen apart down the stretch: the Toronto Raptors. Yes, not to be outdone, the Raptors have limped to the Playoffs, going 13-16 since the break. And while the Wizards are lucky to meet a fellow languishing opponent, history doesn’t lean in their favor. The Raptors swept the season series and has won seven of the last eight meetings between the teams. (Mind you, the Raptors have never advanced past the first round at all, so there’s some psychological advantage for the Wizard’s.)
In many respects, the Wizards would’ve preferred facing the Chicago Bulls — a rematch from last year’s first round but beggars can’t be choosers. Thankfully, for the Wizards, they have the best player in the series: John Wall. The two-time All-Star has carried the Wizards all year, averaging 17.6 points and a career-high 10 assists per game. The Wizards are 5.4 points better per 100 possession when he’s on the court, offensively. Wall is the catalyst of Washington’s success. Wall is one of the fastest players in the league. He’s dynamic in the open court and he’ll be licking his lips at the chance to take on the Raptors’ swiss cheese defense.
Unfortunately, the Wizards have struggled to get consistent production from anywhere else. Bradley Beal has been in and out of the line up this season with injury, Paul Pierce has ground to a halt as the season’s worn on, Rasual Butler remembered who he was and disappeared by Christmas, and Otto Porter famously forgot where he was on defense.
While there are a lot of question marks surrounding the Wizards, the Raptors’ season has been just as problematic: first time All-Star Kyle Lowry has hit shooting slump(s), DeMar DeRozan’s been injured, Terrence Ross was benched and Jonas Valancunias has struggled.
But someone has to win this series, right?
Correct. Over the course of seven games, one of these teams will prevail. Paul Pierce has already said the Raptors don’t have the “it” factor that makes them a threat but it’s not clear the Wizards have “it” either.
Randy Wittman prides himself on defense but the Raptors have proven an ability to run up the scoreboard against them this season. Meanwhile, offensively, the Wizards shoot a lot of jump shots and I mean a lot. Not the 3-point barrages we’ve seen from the likes of Toronto, just jacking them up from 20-feet. The Wizards’ map to No Man’s Land is part schematic and part limitations (John Wall is shooting just 30% from deep). Not surprisingly, the Wizards don’t get to the free throw line all that much either.
On the other hand, the Raptors are a bad defensive team at best but what they give up on that end of the floor they try to make up for offensively. They throw up 3-pointers like they’re going out of fashion, and the likes of Kyle Lowry, DeMar DeRozan and Lou Williams are relentless at getting to the line. Indeed, Lou Williams, a leading-candidate for Sixth Man of the Year, helps propel a Toronto bench averaging nearly 40 points per game. Williams, who has an unbridled license to shoot, is averaging more than 15 points per contest.
Meanwhile the Wizards have searched all season long for some decent bench production (although Ramon Sessions has helped since arriving in a trade from Sacramento at the deadline). The Wizards are hoping their playoff experience comes in handy and Paul Pierce provides some late game heroics as he’s proven already throughout the regular season. Likewise, the Wizards will hope that Bradley Beal can rediscover some of his form from last postseason that made him such a formidable threat.
Although the Raptors will be favorites (by virtue of their home court advantage), the pressure is definitely on the Wizards. After reaching the second round of the Playoffs last season (before losing to Indiana in a series many believe the Wizards should’ve won), the Wizards will be expected to at least match last year’s success. Anything less will be deemed a failure.
For both teams, the postseason is a chance to start again. For one team, the sub .500 record since February will be forgotten. For the other, it’ll be a long soul-searching summer.