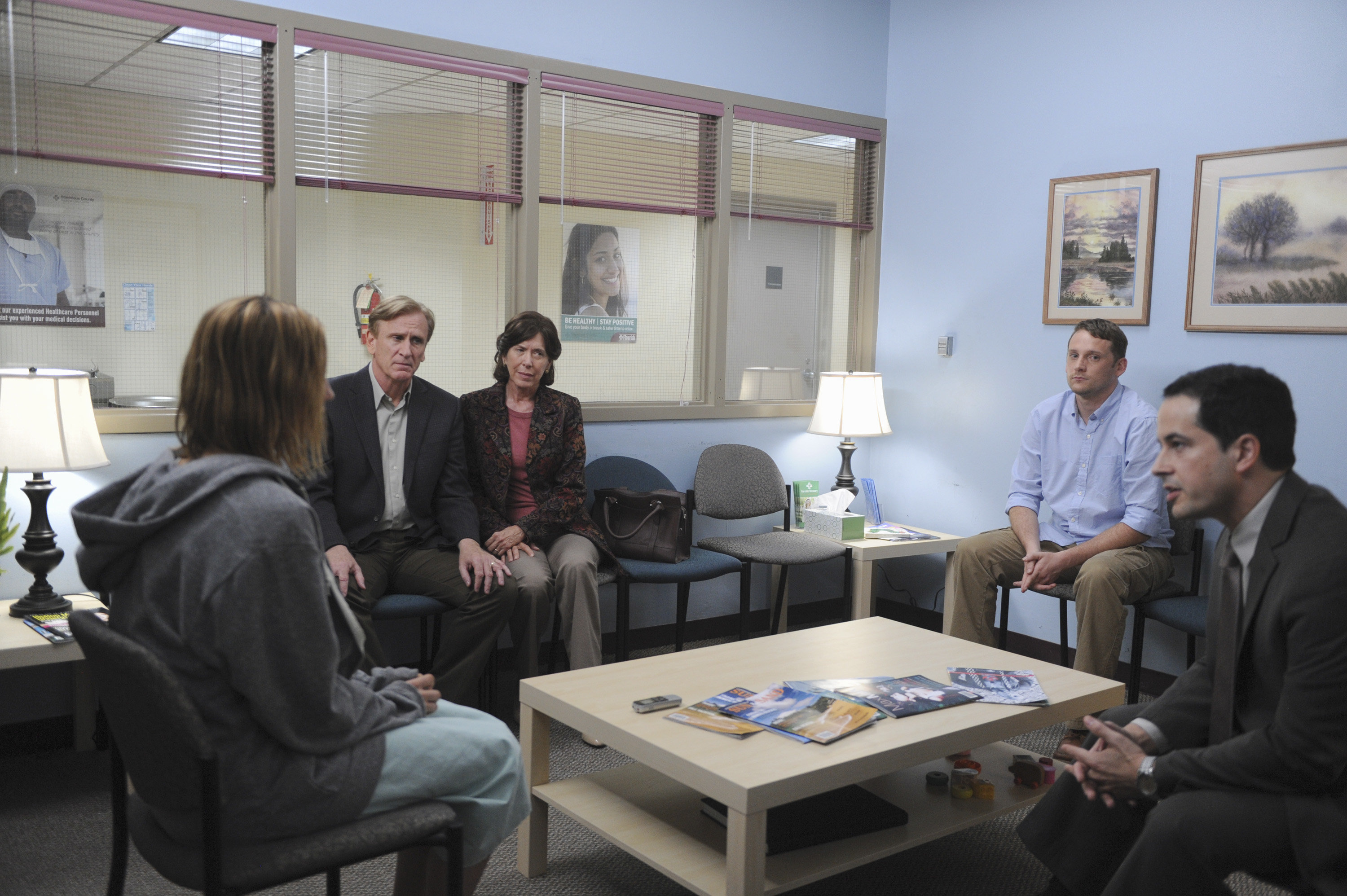 American Crime begins its latest episode revealing the monotony of prison life. Hector’s daily routine is relatively dull, marked by nothing special or noteworthy. It’s an upgrade from Carter’s current situation, though, which is consumed by the dark reality of solitary confinement. Carter’s absence was a major plot issue last week. For American Crime, the series often functions near its strongest when Carter is on the screen.

Meanwhile, Russ continues his track record of poor luck. Throughout the length of American Crime, Russ has been a noble individual. He’s been committed to his family, remorseful over his son’s death, and helpful as an employee. His past never seems to release its grip on his life, sadly, and this results in Russ being fired from the gardening job he enjoys. His felony record ceases his employment immediately. Russ is a good man now, but he was far from it years before this turnaround.

As Russ takes a loss regarding employment, other characters are forced to make difficult decisions. For Hector, an apparently proud individual who doesn’t seem like a prototypical “snitch,” he’s turned into a pivotal witness for the prosecution. He’s done this to be granted immunity with Matt’s murder, and to avoid facing additional penalties via extradition. It’s a nicely played move by Hector, although something tells me the snitching label might follow him.

Aubry is less inclined to testify against Carter, a truth provided later in the episode. Even though Hector has already pegged Carter as the murderer, a fact Carter later admits to in the presence of Aliyah, Aubry opts to avoid that route. With her lawyer and family in the room, she concocts a lie about her brother, claiming he and his friends sexually abused her years prior. This infuriates Aubry’s brother, and allows her to escape testifying against Carter by deeming herself mentally unfit.

On the Carter admission note, there’s an important aspect to consider. His acknowledgment of murdering Matt comes after a stint in solitary confinement. Carter’s tears and emotions are more regular than usual. As he admits to a past suicide attempt on top of a lifelong passion for white women, Carter’s mind is running frantically. His confession marks a profound moment of American Crime, although the circumstances raise doubt of its validity.

Barb manages to increase her bigotry yet again. The American Crime audience feels for her tragic loss, and a portion of her indiscriminate anger is the result of that tragedy. But her presence on the screen, quite frankly, is obnoxious. Felicity Huffman does a marvelous job capturing this woman’s inner turmoil, but tremendous acting doesn’t make Barb an enjoyable character. Her ignorance increases when meeting Mark’s fiancée. The back and forth is predictably intense, leaving confirmation for Mark and his future wife of Barb’s bigoted mindset.

American Crime deals Tony another unfortunate hand. After last week’s remarkable stupidity of assaulting his sister’s attacker while being filmed, he lands himself behind bars. Alonzo tries to brush the development off when confronted by police. Unless a miracle is worked, something Alonzo might not be able to create, it appears Tony has gotten involved in a mess beyond fixing. The footage doesn’t lie, and the repeated thrashings from a metal weapon should be enough to command serious assault charges.

In this installment of American Crime, it’s a strong episode laced with profound scenes. Pacing issues don’t arise. Dull moments and choppy camera usage aren’t prevalent. These issues have intermittently plagued American Crime‘s debut season, so any showing without such pitfalls stands as an accomplishment. As I’ve echoed in the past, however, ABC has an entertaining drama on its hands, just not a legendary of particularly powerful one.