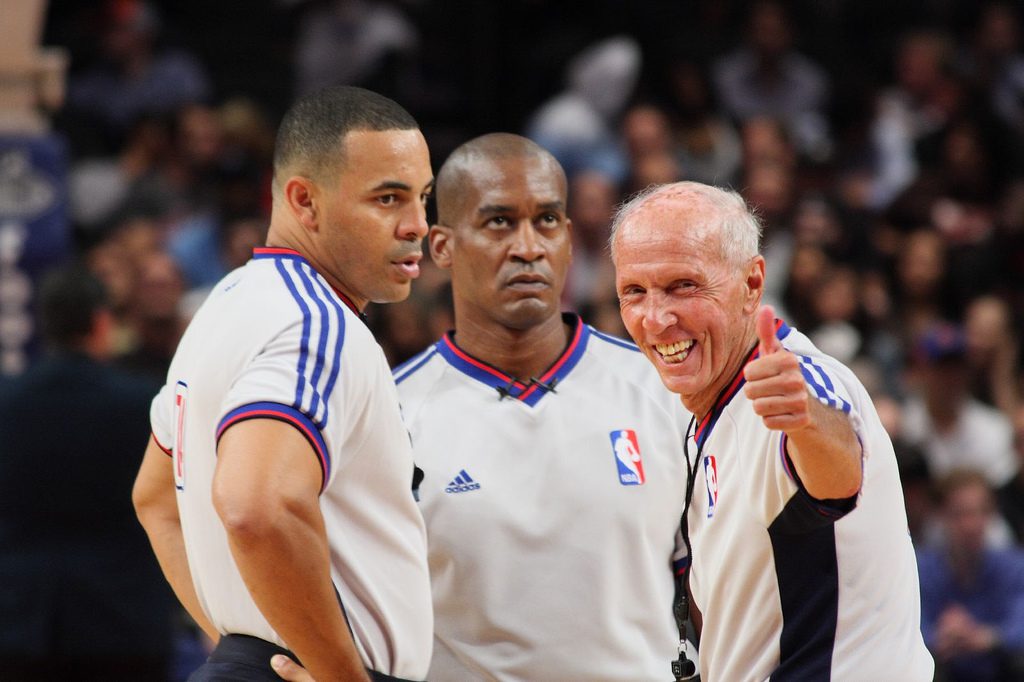 Tony Romo does not play basketball, does not coach basketball, but he is apparently an active fan and a basketball story machine.

Romo attended Duke earlier this year. The visit itself generated some press, as did a follow up story when Duke won the national title where Romo had said he would win the Super Bowl if Duke took home the hardware. Now Romo is yelling at referees on behalf of some “muted” coaches.

Rick Carlisle had received a $25,000 fine just before Game 4 for comments he made in the wake of Game 3 regarding the officiating of the Dallas Mavericks. After arguing a call in the second quarter of Game 4, Carlisle was hit with a technical foul. So how do you get your point across to the refs without getting fined or receiving another T? You have Tony Romo do your yelling for you.

Romo was seen screaming at officials from his court-side seat while Carlisle smiled as he walked past, an ingenious move that may soon catch on in the NBA for all coaches.

As a coach, I want someone like Samuel Jackson screaming on my behalf. Him, or the drill sergeant from those classic 70’s and 80’s army movies. Of course the other way to go is to have Kate Upton just quietly talk to the refs in a low cut top, and explain how her team winning makes her happy. That might do it.

In another brilliant move, to avoid any future financial burdens, when asked about the physicality of the game at the post-game press conference, Carlisle put tape over his mouth to ensure he wasn’t hit with another fine (though something tells me the tape bit might be fine worthy on its own account). This just in, Rick Carlisle will be doing commercials for Duct Tape in the offseason. It’s amazing how things come together.