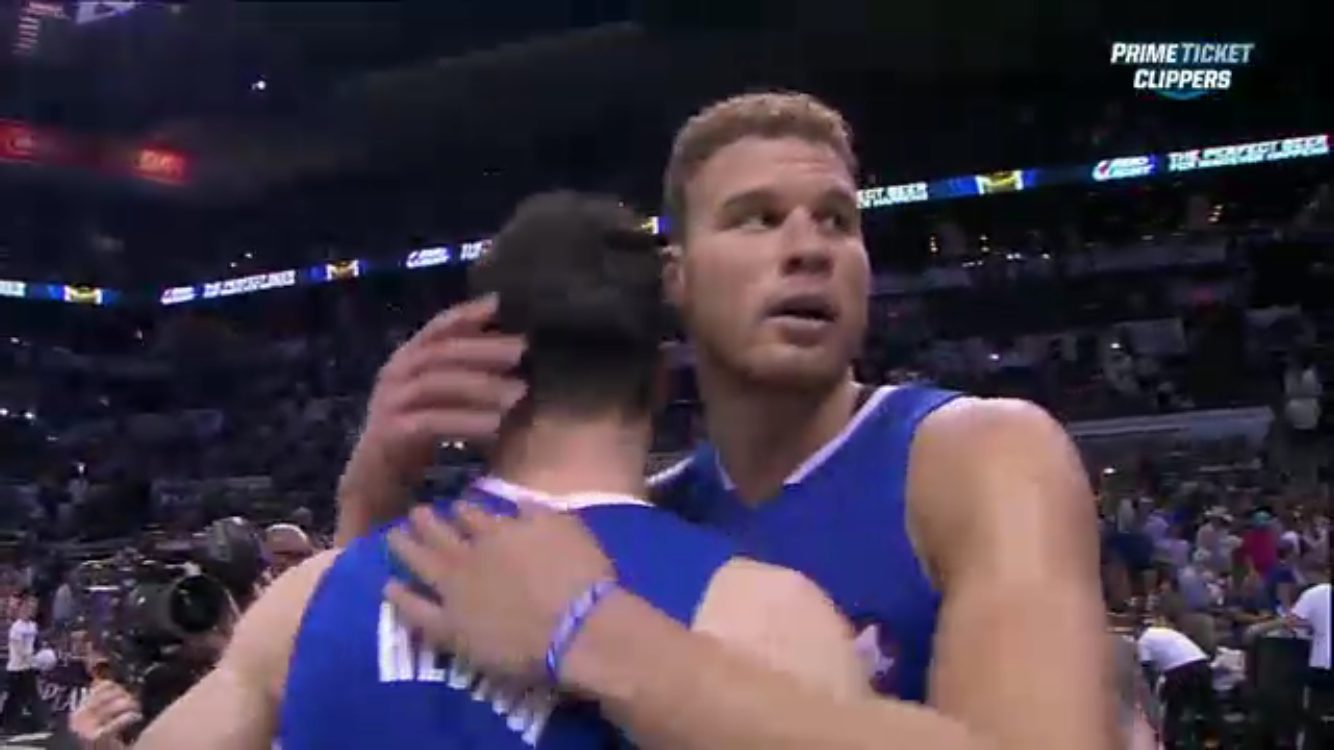 With their championship aspirations in jeopardy, the Los Angeles Clippers serendipitously escaped with a win against the San Antonio Spurs in Game 6 of the series. How the 102-96 win came to be is simply a matter of poetic justice.

Game 5 between the San Antonio Spurs and the Los Angeles Clippers was ultimately decided by an offensive interference call. The Clippers, the home team, saw their hopes to win the game and grab the series lead instantaneously increase then plummet at the hands—better yet, a finger—of DeAndre Jordan. An occurrence such as this is rare, especially in cases when it sways the momentum late in the game.

And that is exactly why game 6 was even crazier. Game 6 mirrored that fortuitous finale. As the clock was winding down and the Spurs had a chance to tie the game, the slight grazing of Boris Diaw‘s fingers on a ball making its way to basket triggered an offensive interference. San Antonio, the home team, saw their hopes spike and depressingly drop.

The game didn’t start off teetering on the brink of unpredictability. On the contrary, the game looked like a losing battle for the Clippers even as the first few points of the game were scored. Maybe it was the energy or the focus from the Spurs, but San Antonio seemed dominant from the start. The Spurs made it their mission to involve Danny Green, who had been cold over the previous two games, early on in Game 6 as both a means to get Green out of his funk and to force the Clippers to reconsider their defensive strategy. Green ended the night with 7 points – minuscule in comparison to the rest of the Spurs but better than his previous outings.

Though the game was close for the first quarter and a half, the Spurs extended their lead with the help of Marco Belinelli. With the game tied at 29 each, Belinelli proceeded to dominate the next three minutes of the second quarter by draining three, three-pointers, while the Clippers struggled to find their rhythm with their reserves. Belinelli was the Spurs’ leading scorer of the night with 23 points off 7-12 shooting and 7-11 from the three coming off the bench. On the flip side, Los Angeles continued their dismal three-point shooting by going 4-18 (22.2%). San Antonio in comparison went 42.9 percent off 12-28 shooting.

The Clippers eroded that Spurs lead as the quarter ended with a 16-6 scoring run. Nowhere to be found was point guard Chris Paul who didn’t make a field goal in the first half. Chris Paul couldn’t find his rhythm but that didn’t stop the Clippers from competing. With 2:57 left in the second, Paul finally clocked in points via a pair of free throws. Paul’s offensive drought is absurdly just what the Clippers needed. Since he was cold Paul looked to distribute the rock and get his teammates into rhythm instead. His night only improved as he scored 15 the second half to go along with his team-high 15 assists, including this alley-oop to Jordan.

Even though the Clippers led for most of the game, you would never guess that they were up if not for the scoreboard. The Spurs were once again convincingly dominant over Los Angeles.

But the Spurs eventually stumbled, only the heroics of Marco Belinelli keeping them in the game. With all due respect to every player on the Spurs, the team is a well-oiled machines and they are simply spokes on a wheel. That’s not necessarily a bad thing. It’s what has made the Spurs thrive for more than a decade. No one player is more important than the other, which allows anyone to step up at any given time.

With the momentum oddly still in San Antonio’s favor but with the Clippers clinging on to the lead as their offense finally clicked thanks to Chris Paul, Belinelli shot a three-pointer to get the Spurs within two points with 14.6 seconds left. That set the stage for a clutch moment to win the game and close out the series, but only the events of Game 5 echoed throughout. Diaw got called for the offensive interference, a la DeAndre Jordan, and now this series—a beacon of light in a playoffs that has seen its share of blowouts and sweeps—is going to a final game back in Los Angeles.

Still, the Clippers can’t rest easy. Glen Davis rolled his ankle in the third quarter and didn’t return so Los Angeles’ chances of a Game-7 win at home still doesn’t seem plausible given their lack of depth in the frontcourt. With Blake Griffin‘s productivity typically dropping in the fourth quarter, the team needs a reliable big man to back him up. Will it be Spencer Hawes, who has had trouble meshing with the team the entire season? It has to be at this point. Austin Rivers has somehow become a factor this series, so anything can happen–especially in a Game 7.

For what it’s worth, the Chris Paul-led Clippers have been in two different first-round series that have gone to seven games. One was against Memphis where they were they away team in Game 7. In the other, they were hosts to the Golden State Warriors. They won both games.

If only this series could last forever. See you back in Los Angeles on Saturday at 8:00p.m. ET.