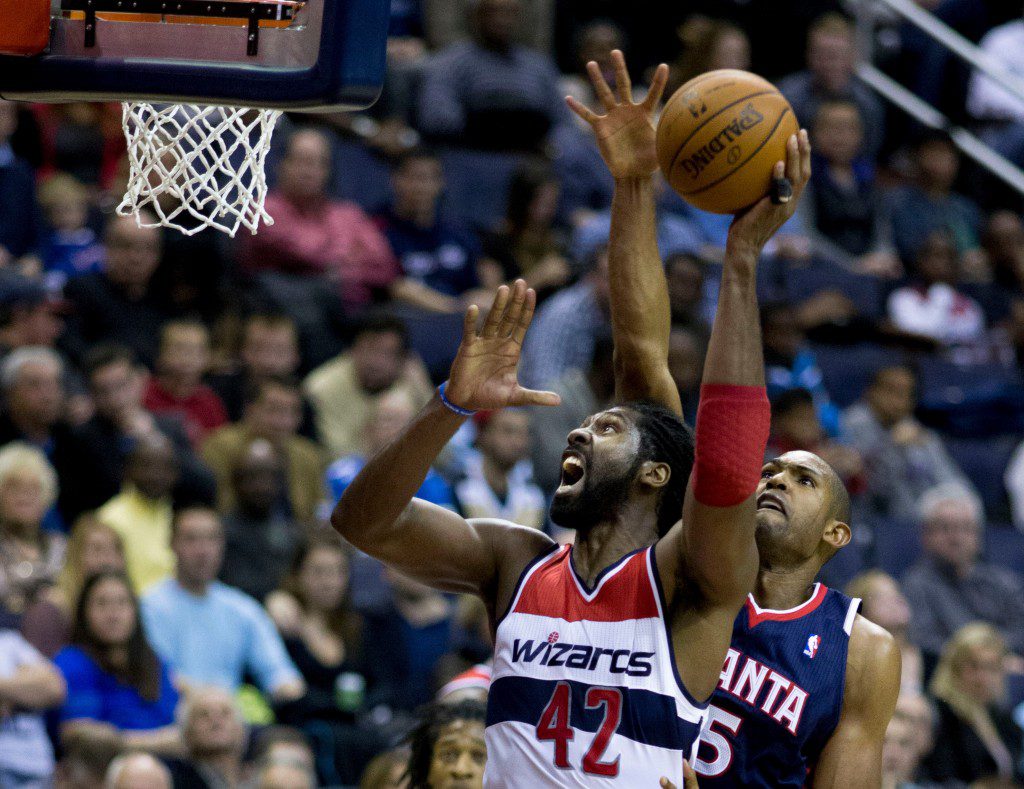 If you tear down the Wall, the Wizards are defenceless — at least that’s the theory coming out of Game 2 in Atlanta.

The Wizards’ star point guard, John Wall, sat out Game 2 with a sprained wrist and although Washington was finally beaten in the 2015 NBA Playoffs for the first time it was no easy feat for the Hawks.

Once again, the Wizards gave the Hawks a 10-point jump with Atlanta assisting on 11-of-12 field goals in the first quarter, reminiscent of what made the Hawks the No. 1 team in basketball for much of the regular season.

In the absence of Wall, Ramon Sessions started and did an admirably job filling in. Sessions had 21 points on Tuesday night — the most he’s had since joining the Wizards at the trade deadline.

In fact, it was the most points Sessions has scored in more than a year.

But even “The Sessions Game” wasn’t enough.

What the Wizards need, is any sort of game from Nene Hilario. The Brazilian big man has now scored a whopping two points (off of a pair of free throws) in two starts this series. He’s had three times as many turnovers as points, more fouls than points and he’s 0-9 from the field.

He looks slow defensively and out of sorts on offense — particularly in the absence of Wall, the Wizards need Nene to step up more than ever.

Meanwhile, like a snake shedding its skin, Otto Porter continues to wiggle out of his regular season body and transform into a big-time playoff baller. Porter has proven himself to be a bona fide x-factor for the Wizards. On Tuesday night he did a little bit of everything: 15 points, 8 rebounds, 5 assists, and 3 steals off the bench.

Porter hit a huge corner three with just over two minutes left in the third quarter to tie the game for the Wizards, but that’s as close as they got.

The Wizards hung around for most of the game, but never really looked like they’d win Game 2.

Meanwhile, the Hawks did what they do and beat the Wizards by committee.

“It was kind of a funky game,” Carroll told the media after the game.

But they’ll take it — the Hawks looked a little jittery at times in the 16-point win, and rightly so after dropping Game 1 to the Wizards and surrendering home court advantage.

Although they struggled to put the Wizards away without Wall, three-pointers from both Pero Antic and Kyle Korver out of the left corner in the fourth, stretched lead to double-digits.

The series moves to Washington this weekend and the narrative will obviously continue to rest on whether John Wall can get right in time to lead his team again.

Although it came in the absence of Wall, the Hawks have finally proven that the postseason Wizards can be beaten.