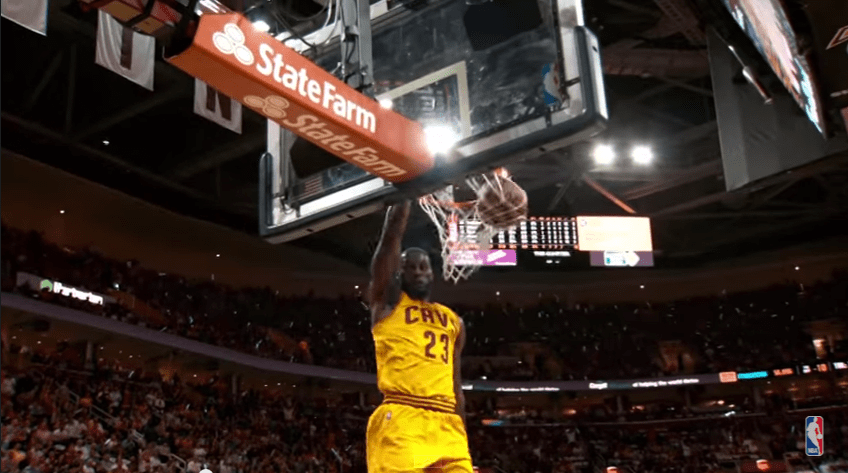 To begin my Game 4 piece, I stupidly asked the question, “How could this game be more exciting than the last?” The Cleveland Cavaliers and Chicago Bulls showed me by wowing the nation with a spectacular game. I never make the same mistakes twice so my expectations Game 5 were exponentially higher.

Pau Gasol was absent from the lineup for the second straight game. Bulls head coach Tom Thibodeau replaced him with Taj Gibson who proved his worth in a Game 4 start. The Bulls desperately needed someone to step up and help the offense along with Jimmy Butler and Derrick Rose. Those two have been phenomenal in every game this series but they needed a third helper.

Although LeBron James hit the game winning shot in Game 4, the end result would not have been the same if not for the superb three point shooting of J.R. Smith late in the fourth quarter. Because of that, I questioned if David Blatt would switch back to Smith in the starting five over Iman Shumpert who has started every game for the Cavs against the Bulls. He would stick with Shumpert but Smith was a quick sub in the first quarter for the Cavs.

The Bulls came out of the gate like a team possessed. They hit eight of their first nine shots and looked as if they would be in control early on. On the back of their energized point guard, the Bulls would hop out to an early ten point lead and Quicken Loans Arena was silent early on in the first quarter. Taj Gibson would also get himself involved early on in the first with some big rebounding and strong putbacks.

James obviously had one intention in this game. It was to take over in the paint and back Butler into the post so he could have his way with him. Cleveland would scratch their way back into the game before the quarter’s end. With the ability of LeBron to consistently cut through the lane and finish strong at the rim, the Cavaliers were finding open shooters on the wing and that trend would continue in the second quarter.

Once the second quarter arrived, it was as if the Chicago Bulls had put cinderblocks on for shoes, lethargic and out of breath. King James sensed the tiring team across from him and began to really pour on the pressure. It was becoming apparent that James understood the severity of this Game 5 and was doing anything to pull his team away from the Bulls. James’ success and energy finally rubbed off on Kyrie Irving who began to rise from his early series grave, hitting the same big threes he has all season.

With Shumpert becoming that “third man” for the Cavaliers, the Bulls were stuck in the same Butler and Rose limbo that has cost them two games already this series. No other player for Chicago could answer the bell. Rose was beginning to understanding that his offensive ability alone was capable of propelling his team in this intense Game 5.

With five minutes remaining in the half, the Bulls were on another one of their signature scoring droughts. This one was going on six minutes without a bucket before they changed their fortune. Amazingly, all series the Bulls have stayed close with the Cavs even when they can’t get a basket. Tonight was starting to look a little different as the King was clearly in control of the game and showed no intentions of giving it away to anybody. Even Butler attempted a hostile takeover, but a hard foul from Tristan Thompson would extinguish that flame. Thompson was also making his presence felt at the other end with offensive rebounds and beautiful put backs.

The long series was beginning to take its toll on the Bulls who were 0-8 from three point land with three to go in the half. Most notably Jimmy Butler only had six points at that stage of the game and wasn’t doing as well guarding LeBron as he had in the previous games. Not to mention he tossed up a horrendous three bomb that hit nothing but air. Fatigue was apparent.

Cleveland’s 12-point lead seemed like 22 as the quarter was coming to a close. James was converting any shot he wanted to take as well as finding an open Shumpert in the final minute giving him his sole assist of the half. Also, Joakim Noah would show us all that his portrait would remain on the milk carton because he would remain missing from this series. His third foul of the half would send him to the bench pleading with his coach to leave him in the game before the half.

Even if Thibodeau had left Noah in the game in, it wouldn’t have made much of a difference. LeBron James was the first half monster with 24 first half points along with five rebounds and only one assist. 16 of his points came in the second quarter, and it looked as if that play would continue into the second half. Rose would not be outdone with 14 point of his own.

Just like in the previous game, Rose came out and hit a hard bank shot to get his team going in the third. With the lead at six, the Bulls began to make stops but turnovers would end some easy fast break opportunities. Rose and Butler were no longer waiting around for anyone else on the team to step up and were only concerned with tying the game. Their concerns created worry in Blatt because a steal from Rose, who would assist on the Butler layup at the other end, would lead to a Cleveland timeout.

Cleveland came out of the timeout with a smaller lineup. Timofey Mozgov would sit, bringing James Jones in the game. This created a giant mismatch for Gibson who is above average in the post. Noah would take advantage of his team’s size on the floor and finally get his second bucket of the game, capping off his team’s 8-0 run.

Irving would do his best to get the home crowd involved and a beautiful pull-up jumper would do just that. He would again get the fans on their feet with a fast break layup keeping his team’s lead at a comfortable six. LeBron’s three point shots continued to miss, but the Bulls Mike Dunleavy was hitting threes and heating up. Although the Cavs were missing their shots initially, Thompson was getting his team plenty of second chances. Thompson has made a name for himself in this series as one of the best offensive rebounders in the league.

The Cavaliers were steadily keeping the league at three, but with five minutes left in the third quarter, fans began to get the vibe that this was going to be another great game until the end. That lead must have been frustrating to Noah who went on to pick up his fourth foul and a technical foul within 15 seconds of each other. Giving the Cavs free points was something the Bulls could not do.

The lead was cut to one by a Butler layup. It quickly ballooned to seven off back to back Kyrie Irving three pointers, one of those coming off a James assist. With all of the offensive success for Cleveland happening, something had to step up for the Bulls. It was Mike Dunleavy. Dunleavy had scored 11 of the Bulls previous 14 points with two minutes remaining in the third, briefly taking over as the third helper Chicago needed.

With the clocking nearing zero for the third quarter, LeBron James was putting on a basketball clinic. He was stealing, rebounding, swatting, stripping, driving, shooting, scoring and playing hype man for the band that was Quicken Loans Arena. The lead was at a half-high 12 points for the Cavaliers and the home crowd was ballistic. All the momentum was with the Cavaliers until Bulls breakout rookie Nikola Mirotic made a half-court buzzer beater that cut the Cavs lead to single digits, doubling as a mute button to the fans. The King was not going to relinquish a nine point lead without a battle.

The Bulls were starting to look like the Golden State Warriors in the start of the fourth, nothing but three ball after three ball. It works for the Warriors…that’s it! No one else should ever shoot as many three’s as that team but Chicago was. It was costing them the game. The missed field goals and growing lead caused aggravation that all came to a head underneath the Bulls’ basket.

Taj Gibson and Cavaliers role player Matthew Dellavedova crumbled to the floor. Gibson was the first to get up and looked as if he had kicked Dellavedova once he was on his feet, but upon replay we saw that Dellavedova initiated extra contact by locking Gibson’s legs with his own. Unbelievably, Gibson was ejected which was a huge blow to the Bulls already missing Gasol. With the lead at 14 for the Cavs, it was looking as if the Bulls were looking to Thursday’s game 6.

The intensity of Cleveland and determination of LeBron could not be matched by the Bulls. The lead was at 17 when Thibodeau finally put a merciful stop to the onslaught Cleveland was raging on his team. Gibson and Gasol being gone was hindering the Bulls from stopping the spectacular above the rim play of Tristan Thompson. A monstrous alley-oop to Thompson from Dellavedova would stamp a 20-7 run for the Cavs.

LeBron would hit a ridiculous three to essentially sum up the night the Bulls were having. It was his first made three of the game and he was falling away out of bounds with Butler all over him. It looked improbable. The Bulls night was just that, totally improbable. Even with the great game James was having, everyone expected it to be closer. It was improbable that Gibson would get tossed. That fade away three from James summed up the night perfectly. So I guess it was only right that Chicago would begin an IMPROBABLE comeback. With four minutes to go in the game, the Bulls had cut the Cavs lead to four with a 18-5 run.

The making open shots and team defense was keeping the Bulls alive as well as the great three-point shooting of Dunleavy in the final quarter. Dellavedova would commit a huge turnover late in the quarter with the score of 101 to 96 in favor of the Cavaliers. A scramble for the ball was originally ruled Cavs ball but upon further review it was overturned. That would end up being a big turnover as it finally led to a three-point shot from Butler cutting the lead to two. Somehow the Bulls made the game close, after being down 17 in the same quarter.

The King would go on to royally block a Derek Rose layup that looked like a sure thing, a moment that proved to be the dagger of Game 5. James would carry his team to the end of the game. Finishing this astonishing Game 5 with a game-high 38 points. His supporting cast stepped up and played exceptionally well in a pivotal game. Rose only hit seven of his 24 shots, making only one basket in the second half for an underwhelming 16 points. Butler scored 29 but his team will never win a game in which James has almost 40 points.

Chicago will head home for a Game 6 on Thursday in a win or go home situation. How will this stagnant Bulls’ offense respond? More importantly, can the King be stopped at this point?