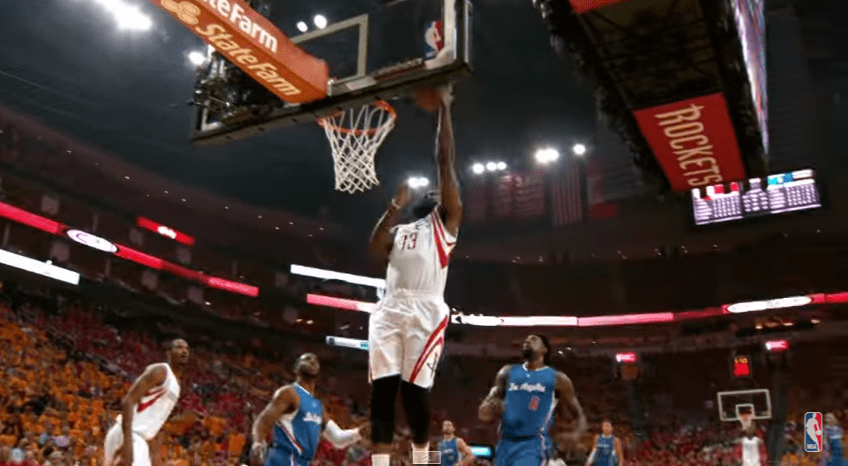 Looking to close the series and head to the Western Conference Finals, the Los Angeles Clippers floundered in Game 5 as the Houston Rockets won 124-103.

The Los Angeles Clippers are the Barry Horowitz of basketball. Horowitz, a professional wrestler, was primarily known in the industry as a jobber—someone traditionally primed to lose to make others look better—and given the Clippers’ history, the two are fairly synonymous.

But that’s all in the past, right? The Clippers have essentially been patting themselves on the back over their little recent victories in the regular season. With the fast tempo and high energy, it almost looks like the team has the championship attitude without actually attaining one. Though it takes more than a handful of series to wipe away their anticlimactic history, their series against the San Antonio Spurs and now their series versus the Houston Rockets are wiping away any prior embarrassment.

But old habits die hard. Game 5 at Houston saw the Los Angeles Clippers of yesteryear. In comparison, the Houston Rockets looked more like the team that easily defeated the Dallas Mavericks in the first round of this year’s playoffs.

Dwight Howard was able to stay on the court by avoiding any early foul trouble. The same cannot be said, however, for Clippers DeAndre Jordan who sat out with two early fouls. And while DeAndre is away, Dwight will play—er, dominate the glass. He ended his night with 15 rebounds to go along with his 20 points. In fact, the Rockets dominated the points scored in the paint as a result.

But as effective as Howard was on the court, the key factor to this game was James Harden. Harden, who apparently was suffering a cold prior to the game, finally emerged as the driving force of the Houston Rockets offense. In previous games, the window to take over and grab the lead certainly was there, but Harden arguably never really took advantage until Game 5. In his 42 minutes of play Harden scored 26, grabbed 11 rebounds, and had 10 assists as well, securing an impressive triple-double in an already impressive win. Just to nitpick, Harden did struggle at the arc, shooting 1-8, but that didn’t stop him from attempting any more shots.

Looking at the box score, one would think that the Clippers were down by a lot less, but that is only because the game fell within reach early in the first quarter. The final tallies seem average based on the fact that the team performed fairly well in the three subsequent quarters. However, the first quarter was a debacle. The Clippers started the game obviously nervous at the thought of closing the series and it seemed like the team assumed that the momentum from the previous game would easily carry on this new game in a different arena. The Clippers shamelessly attempted three-pointer after three-pointer in the first quarter, but only managed to shoot 2 out of the 11 attempted. J.J. Redick was the main culprit, going 1-5.

The Clippers weren’t as fortunate as in the previous games in the series with their bench. Yes, Austin Rivers provided some relief and even Spencer Hawes was a serviceable backup in the frontcourt—he even shot a three-pointer—but the rest of the reserves had paltry games. Matt Barnes, who has been so crucial on both side of the court, not to mention getting in Dwight Howard‘s head, was limited to a measly 5 points. Jamal Crawford fared almost the same with 5 points of his own. Having already been down in the game prior to Crawford’s entrance, J Crossover attempted to take over with anticlimactic results.

The Rockets shot 54 percent which is their highest percentage of the series so far, and they need to continue that sort of production as they and the Los Angeles Clippers head back to Staples Center for Game 6 on Thursday at 10:30p.m. ET.

A Game 6 win will get the Clippers into the Western Conference Finals. A win by the Rockets will extend the series to Game 7, to be played back at home in Houston, which will undoubtedly make the Clippers seem like the basketball jobbers that NBA fans have been accustomed to seeing.