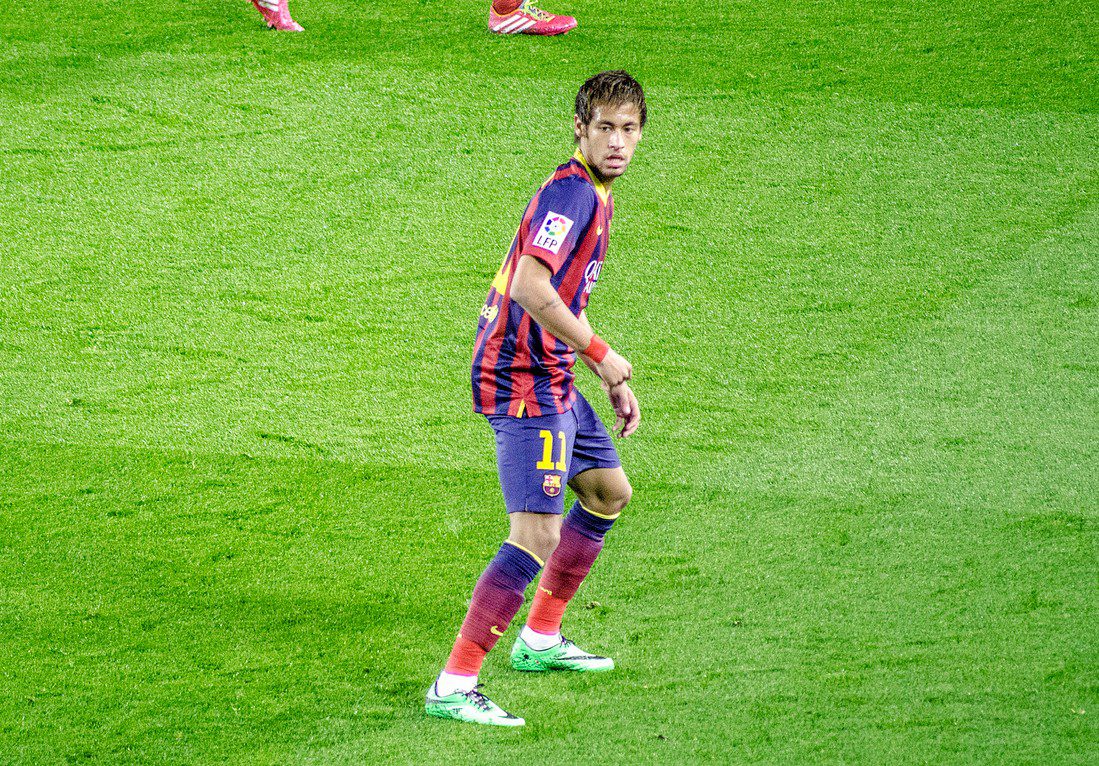 Despite winning the second-leg 3-2 at home, Bayern Munich are knocked out of the Champions League as Barcelona advance to the final. The Bavarians couldn’t overturn a 3-0 first-leg defeat, and as a result, lose 5-3 on aggregate.

Bayern were eager to keep the ball early on in the match, but struggled to get out of their own half. When they did manage to pass their way into Barcelona’s side of the pitch, they threatened with a cross into the box, looking dangerous down the right side.

Both sides were spraying long balls forward in the opening minutes, searching for a way through, with Barcelona more relaxed and Bayern, understandably, playing with more urgency. The first chance of the match fell to the Spanish side, but goalkeeper Manuel Neuer did well to push away Ivan Rakitic’s shot before tipping over a follow-up effort.

Bayern looked sharper than they did in the first-leg and were intent on counter-attacking as quickly as they could. Striker Robert Lewandowski got plenty of touches on the ball as he and Thomas Muller began to link-up well—something we didn’t see in the first-leg.

Bayern opened the scoring on seven minutes when defender Mehdi Benatia rose unmarked to score with his head after a super ball from Bastian Schweinsteiger’s corner kick. The crowd and players both knew it was game-on.

Barcelona remained calm as Bayern began to press with more urgency. The Spanish side held their shape and were patient with their build-up play. They eventually levelled the scores after Lionel Messi found Luis Suarez, with a well-weighted pass, who squared the ball for Neymar to tap-in. The away goal meant that extra-time was no longer an option, and that Bayern now had to win the tie on aggregate in order to advance.

Bayern didn’t let their heads drop as they continued to attack with Muller forcing Marc-Andre ter Stegen into a save before the keeper came out confidently to collect the resulting corner.

Barcelona’s front three posed a major threat every time they were on the ball with Suarez, in particular, always eager to drop deep, collect passes, and make runs in behind the Bayern defense.

Bayern’s approach was strong as well, as they began to make quicker passes looking for early crosses. The link-up between Lewandowski and Muller was effective with Lewandowski shooting straight at ter Stegen after collecting a pass from Muller. Messi threatened to give Barcelona the lead at the other end, but Neuer was equal to his effort.

Muller couldn’t finish after Tiago Alcantara’s mazy dribble on the edge of the box and it proved costly as Barcelona broke swiftly and took the lead just before the half-hour mark. It was the same front three involved again with Messi heading to Suarez before the striker, with room to run, unselfishly crossed to Neymar who volleyed home. The Brazilian had a bit more work to do for his second goal, beating Neuer at his near-post with a low volley.

Bayern had more attempts but Barcelona proved to be more clinical with their efforts. The defensive partnership of Javier Mascherano and Gerard Pique, in particular, did well to snuff out Bayern’s chances and clear the danger. Without the duo of Arjen Robben and Franck Ribery, though, Bayern were left with little options and continued to rely on the long-ball at times.

The Germans ended the half stronger, nearly grabbing an equalizer, but the impressive ter Stegen did well to tip over a Schweinsteiger header before reacting well moments later to deny Lewandowski from point-blank range and claw the rebound off his goal-line.

Barcelona coach, Luis Enrique decided to replace the influential Suarez with Pedro Rodriguez after the break, and it proved decisive from Bayern’s point of view as they completely bossed the second-half.

The Germans were passing the ball with more fluency and switching the play effectively, causing Barcelona problems. When Barcelona did get the ball, they were cautious in possession, eager to lower the tempo of the match with ter Stegen exchanging plenty of passes with his defenders.

Bayern were afforded more space in their half of the pitch when on the ball, as Barcelona sat deeper to defend. Left-back Juan Bernat made a couple of runs down the left towards goal having a shot blocked before shooting wide with another attempt.

Lewandowski scored the equaliser for Bayern on 59 minutes after wrong footing Mascherano and curling his shot past the rooted ter Stegen. The Barcelona defense temporarily shut-off and looked lazy, as the players seemed to have taken their foot off the pedal.

Bayern continued to keep possession, and the introduction of Sebastian Rode for Philipp Lahm brought more energy to their attack as they began to completely dominate leading up to Muller’s goal. The striker curled his shot past the diving ter Stegen after Schweinsteiger’s delicate lay-off. With 17 minutes remaining, Bayern needed three more, and the fans were right behind them.

Lewandowski had a couple of shots at goal but couldn’t finish. The striker almost created a goal though, playing in substitute Mario Gӧtze during stoppage time, but defender Daniel Alves did well to slide in and clear the danger before Gӧtze could get his shot away.

Barcelona’s best chance of the half fell to Neymar deep into stoppage time, who had an opportunity to score his hat-trick, but the Brazilian chose to unselfishly pass the ball to Messi instead of shooting at goal. Unfortunately, the pass was too heavy and the chance was gone.

Bayern will be happy with their performance, particularly in the second-half, as they did well to come back and win the game. However, the players will know that they didn’t do enough overall during both legs. It’ll be back to the training ground for the German Champions as they look forward to next season.

Barcelona, on the other hand, did exceptionally well in the first-half, and should be pleased with their performance despite the loss. They are through to their eighth Champions League final and will be able to sit back and enjoy the other semi-final between Juventus and Real Madrid to see who they’ll face in Berlin next month.