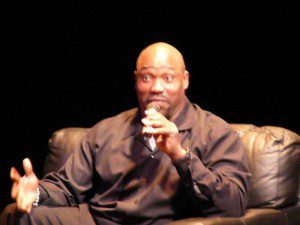 Anyone remember Hall of Famer Warren Sapp as anything other than a larger than life character that played the game hard and right on the line of dirty and clean?

If you don’t want that mental picture of one of the best defensive tackles in history ruined then please stop reading now.

Sapp was arrested in Phoenix the week of the Super Bowl earlier this year on suspicion of assault and soliciting a prostitute. Sapp was fired hours after his arrest from his job as an analyst for the NFL Network.

The police commented that Sapp allegedly argued about money with two women who were in his hotel room the week leading up to the Super Bowl. The argument later turned physical leaving both women with minor injuries.

While a judge has dismissed the charges Sapp has still had to complete a Prostitution Solicitation Counseling Program and will still need to complete a diversion program to avoid possible jail time.

This is not the first time Sapp has been in trouble with the law, and seems to be an end to what could have been a promising broadcasting career. No word on what Sapp will do for a job moving forward, and Sapp does need a job after filing for bankruptcy in 2012 after owing $6.7 million dollars to creditors, child support and alimony.