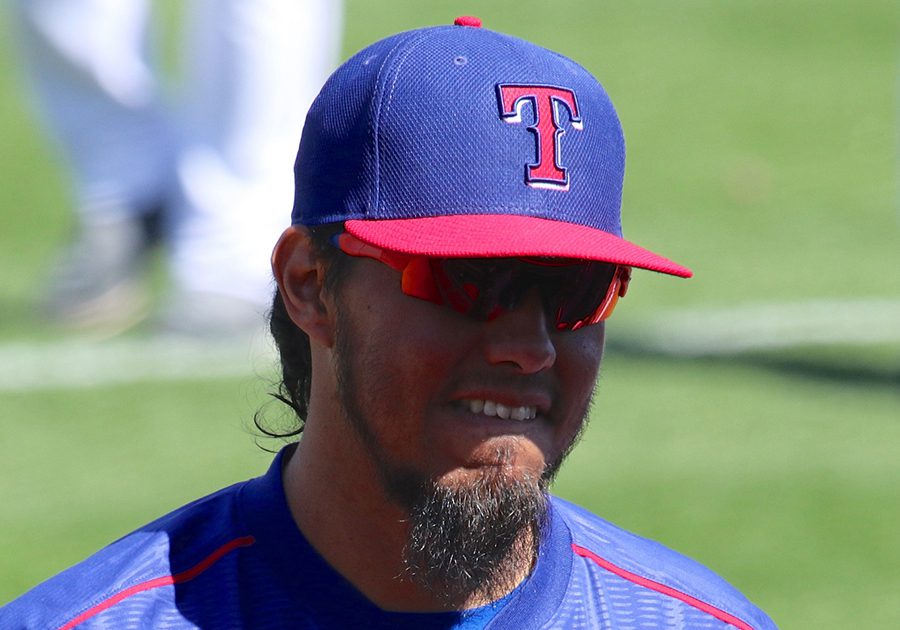 While the Texas Rangers, supported on the shoulders of some hefty offense, are coming up smelling like a spring field of wildflowers, the stench oozing off the New York Yankees reeks of something dead pulled from the Hudson River in a post apocalyptic zombie movie featuring a soundtrack completely composed of Nickelback songs.

With their 5-2 stomping on Sunday evening, the Yankees have lost their sixth straight game and are now 22-22, two games behind the Tampa Bay Rays who lead the American League East.

On the other, much more pleasant smelling end of the spectrum, the Rangers (who have won their fifth straight game) are finally hitting their stride coming into the month of June where they will most likely wade out into familiar territory with the return of Josh Hamilton to the lineup. RHP Yovani Gallardo sharply pulled together six strikeouts during the win, including a major one in the first. Down 2-1 after Brian McCann’s two-run single (Elvis Andrus collected his 10th error of the season after he let Brett Gardner’s catchable grounder go past him) with runners on first and second, Gallardo hushed the crowd with a fastball to Chris Young, striking him out.

It would be Adam Rosales’ 379-foot two-run homer, which was just out of Gardner’s reach in left field, that would put the Rangers back in front at the top of the second. Delino DeShields added onto their lead in the seventh after tripling to center field, followed by a Shin-Soo Choo double (not to mention an error on Yankee second baseman Jose Pirela). The powerful Prince Fielder then scored Choo off of a single to right, officially stapling New York’s ugly fate to a stack of flammable paper.

A slight scare came in the eighth in the form of Texas reliever Ross Ohlendorf after he walked Mark Teixeira, bringing the tying run up to the plate. The Rangers managed to get out of the situation after replacing Ohlendorf with Sam Freeman, who then gets McCann to close the inning, their lead still secured firmly in place.

After proving that the Yankees really are just a mediocre .500 team, worthy only of producing bile instead of big plays these days, the Rangers (now 21-23) look to move up in the AL West by taking on the Cleveland Indians starting Monday.

Monday also marks the return of the troubled 34-year old Hamilton, who will make his 2015 major league debut with his former team after struggling with shoulder issues, alcohol related problems, and a nearly damning two years wallowing with the Anaheim Angels.