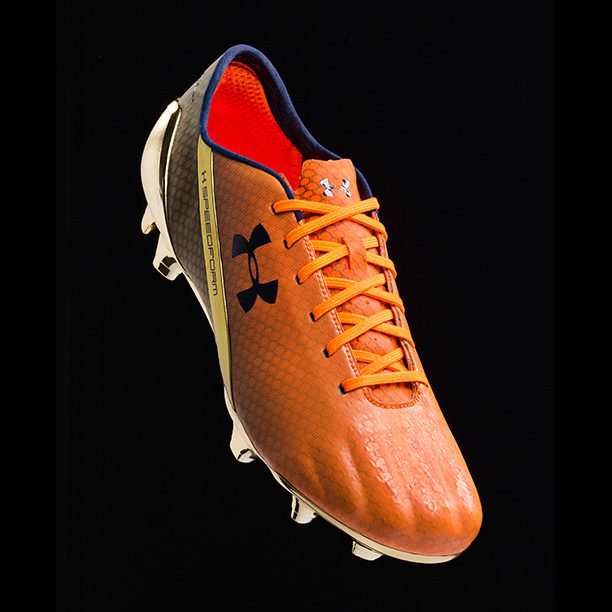 Recently, international soccer football star Memphis Depay of the Netherlands helped roll out the new Under Armour Speedform FG in the latest evolution of footwear in the sport from UA. That has been a global success, and now to follow up is the debut of the Under Armour Speedform CRM FG Country Pride, which celebrates Depay’s national team allegiance.

See more about the CRM FG here at BMF Sports, courtesy of our friends at Under Armour.

Every player dreams of representing their country on the global stage. Memphis Depay had that dream, believed in himself and has achieved the honor of playing for his national team. To recognize this milestone in Memphis’ career, Under Armour created our first ever pair of custom country-inspired boots for Memphis to show his country-pride.

Having just launched the most innovative speed boot in the game, Under Armour is proud to announce the custom Speedform CRM FG Country Pride edition, made exclusively for the Netherlands own Memphis Depay.

The Under Armour design team added several special details that pay homage to aspects of Memphis’ personality and his game, including

The SpeedForm FG is engineered to enhance the skills of the fastest players on the pitch, featuring