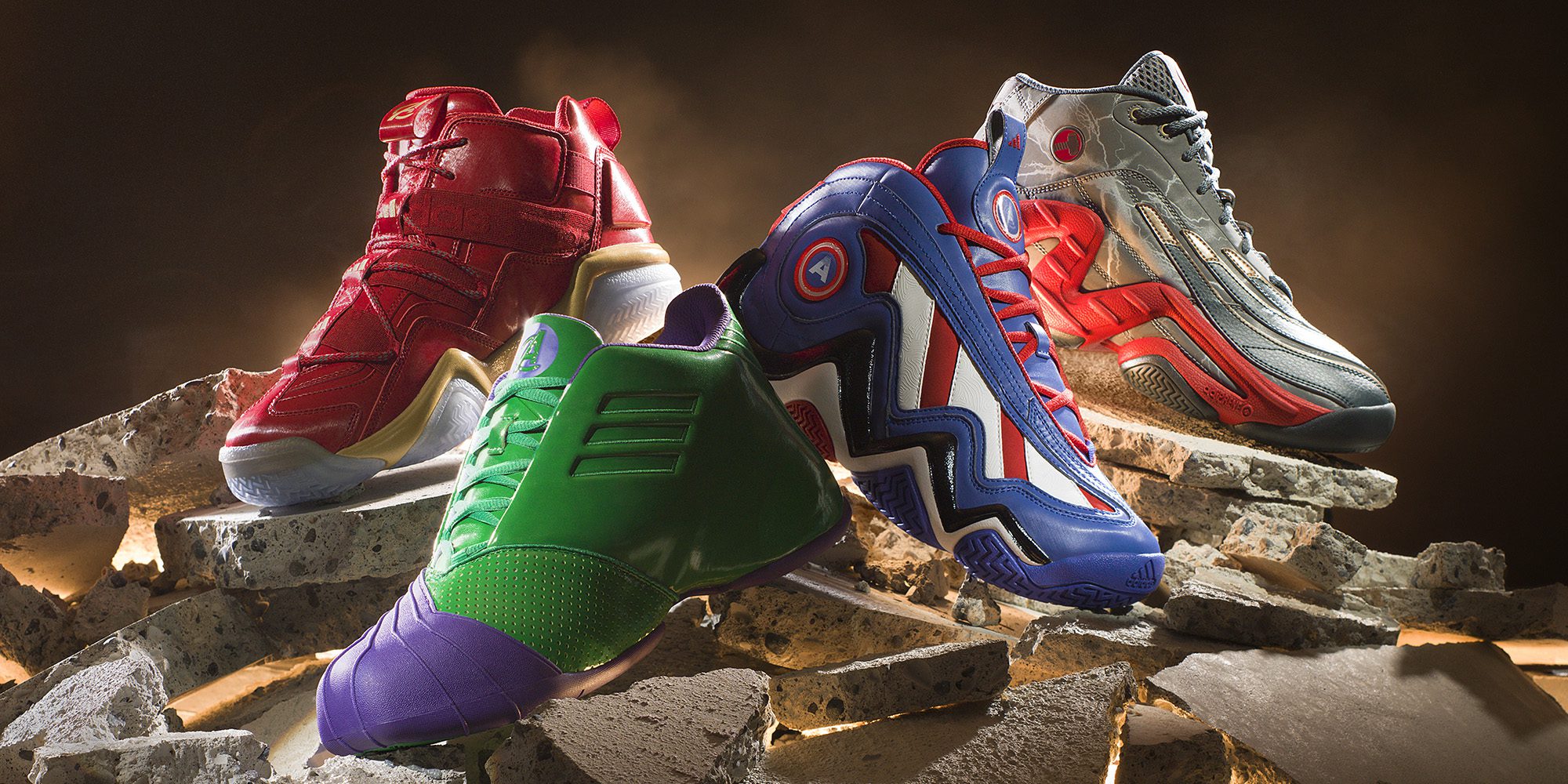 Regardless of what you think about the Avengers movies (I think they both have fallen short, but we’re not going to get into that), they have been very impactful, and their relationship with adidas is now taking greater shape in the adidas x Marvel’s Avengers Basketball Collection.

Certified classic models from the brand with the three stripes, all of which you can see here at BMF Sports, courtesy of our friends at adidas. 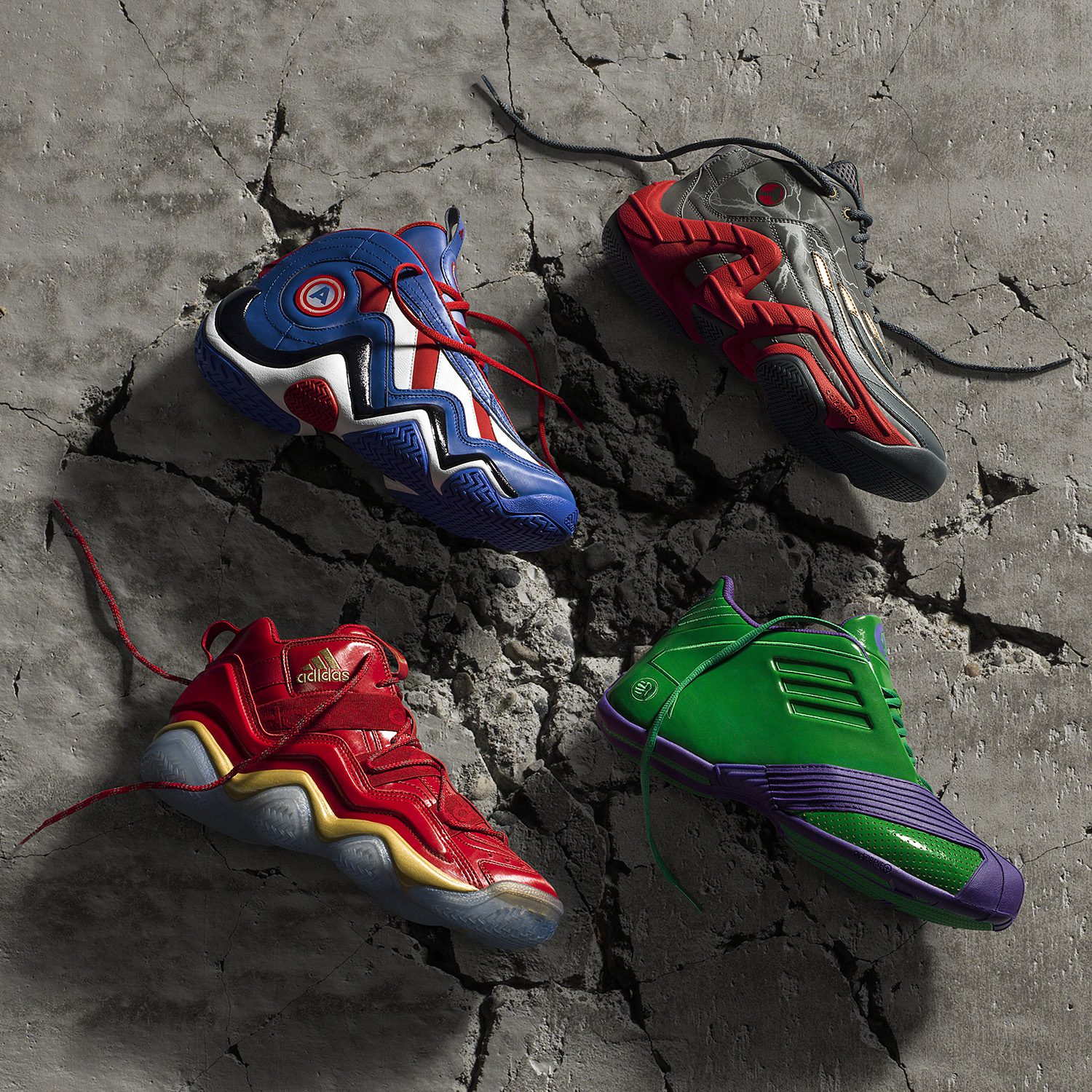 Drawing inspiration from comic book characters of the big screen, the retro collection pays homage to Captain America, Hulk, Iron Man and Thor from the blockbuster film Avengers: Age of Ultron. Design specs include colorways tailored to each superhero, icon graphics featured in the sockliner and the Avengers logo highlighted on the tongue.

Displaying the hero’s signature red and white stripes with adidas’ three, this Crazy 97 blends a bold, blue design that calls on American tradition. The model features a metallic finish to reflect the Captain’s shield, which is also incorporated as a color shifting emblem on the sneaker’s upper.

This T-Mac 1 boasts the Hulk’s radioactive glow and iconic purple pants as the embossed metallic pattern upper embodies his chiseled features. The Hulk Smash emblem sits atop the heel with finished Hulk green branding and a matching purple toe.

This Top Ten 2000 features an all red metallic upper and gold midsole representative of Iron Man’s body armor. An iced outsole plays to the hero’s propulsion thrusters, while the circular emblem on the heel symbolizes the arc reactor in Iron Man’s chest.

The adidas Avengers pack will be available for $125 at adidas.com on July 4.