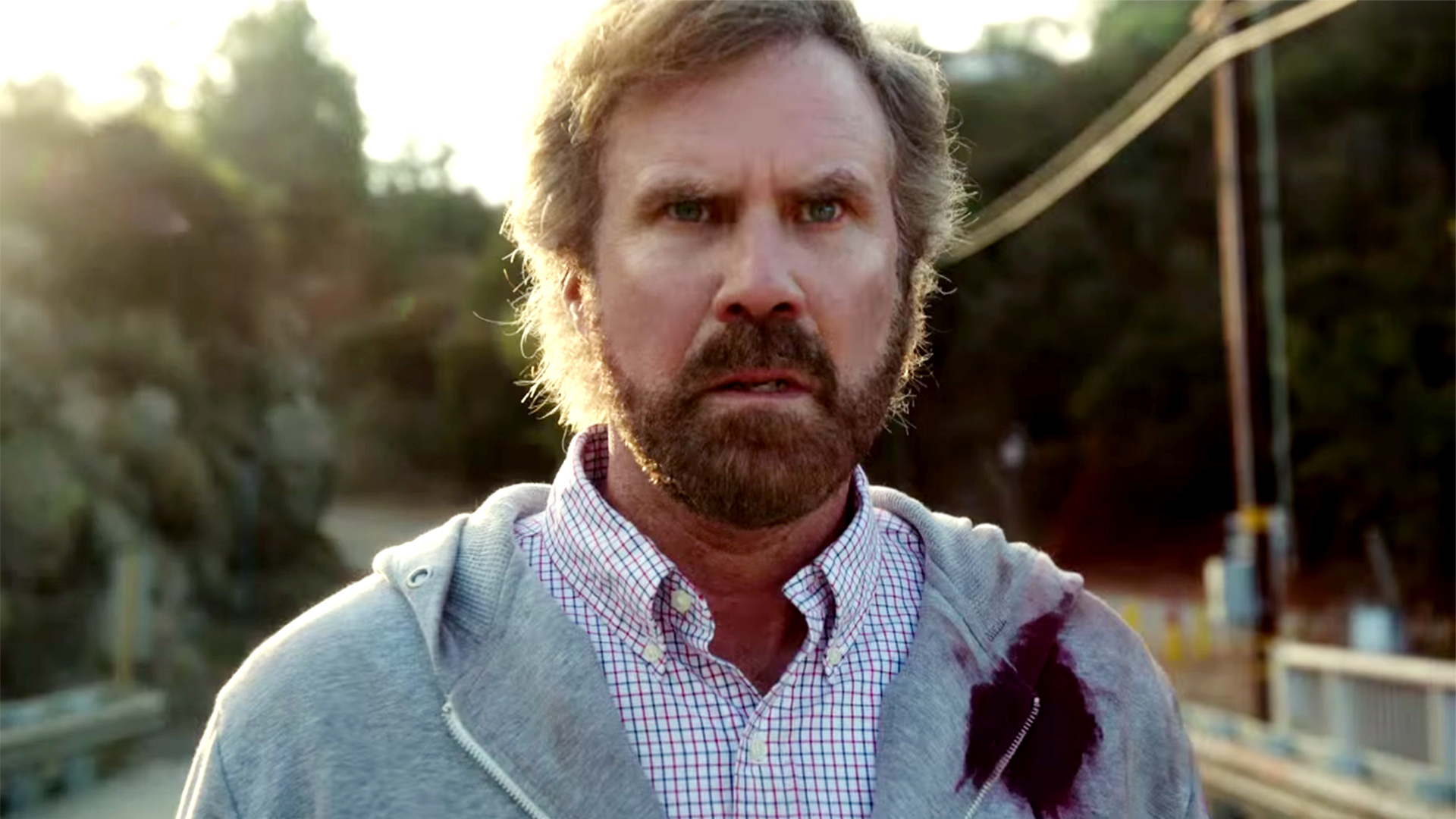 If you aren’t familiar with Lifetime Original Movies, let me just relate that earlier in the day I watched a movie called A  Mother’s Nightmare in which a beautiful young woman (played by A Deadly Adoption’s Jessica Lowndes) catches a promising young high school student in her web of deceit, plays with his mind, then tries to get him high on PCP so she can pass off his murder as suicide (she succeeded twice before).

With that as our model, I have to say, truthfully, that A Deadly Adoption knocks it out of the park. Each detail was perfectly chosen, which is no easy feat given how close these movies already are to self parody and unintentional comedy.

You already know the plot. You’ve seen The Crush, Swim Fan, Fatal Attraction, The Hand That Rocks the Cradle (and, surely, many more – which is your favorite?). I’m going to summarize it anyway.

We start with an idyllic setting, the home of Robert (Ferrell) and Sarah (Wiig). In a bizarre accident while pregnant with her second child, Sarah loses the baby. Cut to five years later. They’re doing okay, but there’s still something missing. Robert no longer dances to funky old tunes in the kitchen any more. He’s over protective of their daughter, Sully. He worries about her blood sugar (Sully is diabetic). He’s had problems with drinking in the past. He shuts his desk drawer on a bottle of bourbon. Shouldn’t five years be enough to get over it?

Enter Bridgette (Jessica Lowndes), a pregnant young woman looking for parents to adopt her baby. She’s gorgeous, innocent, and lives in a shelter. Sarah hands her a family photo, which Bridgette proceeds to drop, shattering the glass in the process during a symbolism-rich moment. She’s read Robert’s book, though! Debt: Not Just a Four Letter Word. With little thought, they invite this lovely young woman to live with them.

So, let’s get right to it. Robert sees his own book among Bridgette’s things, and sees the inscription to Joni. He then flashes back to the book tour when he was drinking and realizes he slept with this girl. Bridgette is Joni! It turns out that she and her boyfriend live “across the lake” where the truck driving, cut off t-shirt wearing, tattooed, beer-swilling poor people live. Joni’s not even pregnant as Robert and Sarah’s daughter Sully finds out.  They’re trying to scam the family. Or are they? Maybe Joni has deeper motives? She actually is obsessed with Robert, wanting him all to herself. How devious.

Joni and the boyfriend kidnap Sully. The cops comes to ask questions. Robert admits his affair to Sarah. Joni shoots the boyfriend in the stomach, leaves Sarah in a car to die from exhaust fumes, shoots Robert, decides to take off. Robert wakes up and goes to stop Joni from leaving with his daughter. There’s a final confrontation. Sarah ends up shooting Joni in the back.

Six months later Robert and family dance to goofy songs in the kitchen.

This movie fascinates me. The second I watched the trailer, I was intrigued. Wait, they’re actually making a genuine Lifetime Movie? Why? Are they mocking the genre? Are they revealing respect for the genre? Are they perhaps trying to out-dry Christopher Guest and take the joke so far that there isn’t even a joke? Was it a personal challenge to themselves to see if they could do it?

I am a huge fan of both Will Ferrell and Kristen Wiig. They’ve both tried drama to mixed results, Ferrell in Everything Must Go and Winter Passing, Wiig in The Skeleton Twins and Friends With Kids. They both make me laugh, easily, just by speaking but I found myself not laughing at them in this movie. They pulled off campy mellow drama.

In addition to its stars, it was executive produced by Adam McKay (Anchorman, Step Brothers, The Other Guys, co-founder of Funny or Die with Ferrell, original UCB member, former head writer of SNL), written by Andrew Steele (former SNL writer), and directed by Beth Goldenberg (numerous comedic shorts for Funny or Die). So, everyone involved has a serious comedy pedigree.

Their last project, The Spoils of Babylon, fell firmly in the category of parody. It satirized the great American epic mini series. It was also a little too over the top. So, when A Deadly Adoption came along, it seemed that maybe they’re trying to go even subtler with their targets now. But I was wrong because another Spoils series – The Spoils Before Dying – is due out in July. (Michael K. Williams is in it! Omar, y’all! Indeed.)

Seriously, why the hell did they make this movie?! I want answers!

I watched the movie as closely as possible trying to pick out any subtle jokes, satire, or commentary. I found little to none. The extended dancing at the end was goofy. The post script “Inspired by a True Story” made me laugh. There is something funny about the fact that you know something horrible will happen to Kristen Wiig in the first few minutes, but the accident is so mild. She falls from their dock and is under water for maybe twenty seconds? But how can you laugh at that when a moment later, you see that she’s lost her baby?

I guess, ultimately, it’s a performance piece, an Andy Kaufman-esque joke. In years to come, people will look back on this and scratch their heads, “remember when they made that Lifetime movie? What was that?”

I have to admit, that’s kind of funny.

I read a headline while writing this article that said A Deadly Adoption panned by critics. Well, of course it was panned. It’s a crap movie that’s not funny. But, if you set out to make crap and you make crap, you have succeeded. Ferrell, Wiig, and company have succeeded handsomely.