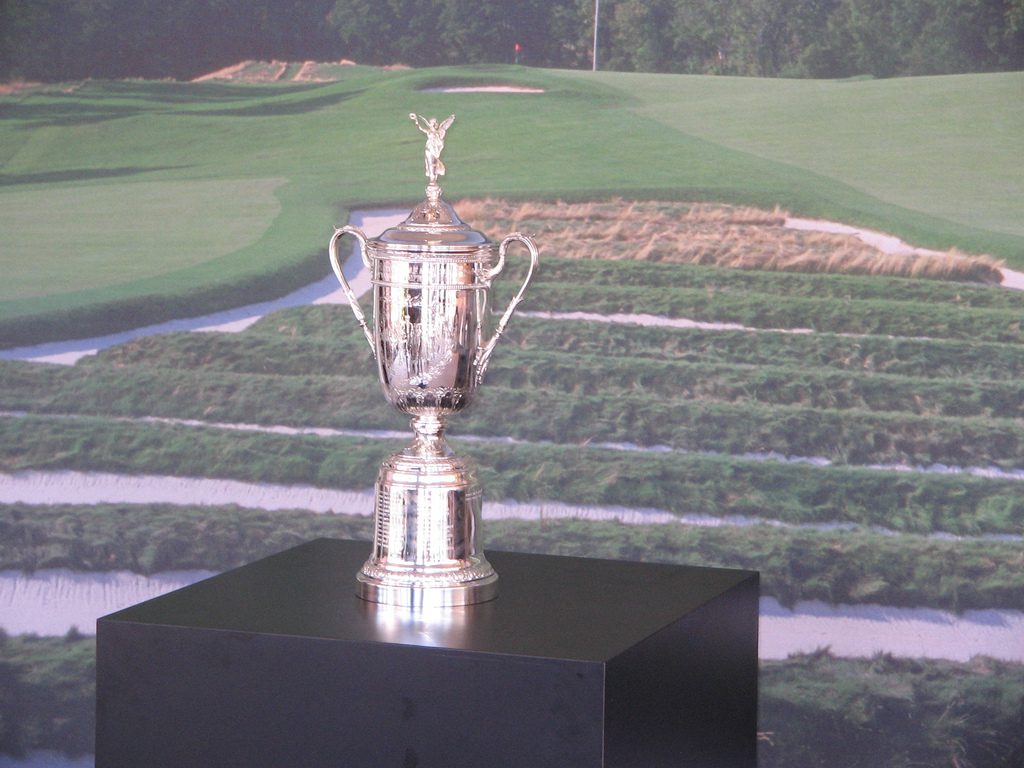 Jordan Spieth continued his assault on the record books winning his second major of the season, and of his career on Sunday June 21st. Spieth is only 21 years old, and has become the youngest player to win the U.S. Open since Bobby Jones in 1923. Sadly, this was not how many would have wanted to see the youngster win the title.

Let’s back up at bit. It seemed like a lock for Spieth to clinch after he took a two shot lead into the final three holes after Branden Grace hit a tee shot out of bounds and had to take a double bogey. Spieth was able to make a birdie on 16 and a finish of two pars would have probably left him at least a shot clear of the field (barring a miracle). But what Chambers Bay giveth, Chambers Bay taketh away as on the next hole a three put had Spieth tied with two other players, one of which was already sitting in the club house.

That player was Louis Oosthuizen, who put up a spectacular -4 on the strength of birdies on six of the last seven holes. The other player right there was Dustin Johnson. Spieth managed to strike his second shot on the par five 18th close, and two putted to finish at -5 for the tournament. Dustin Johnson also managed to put his second shot on 18 close. Sink the put and win the championship. Two-putt and you go to a playoff with Spieth. Three-putt and you’re a Monday punch line that involves choking and a putter.

I guess his caddy should have cut his putter into smaller pieces, because he did in fact choke on it, missing from 12 feet, and then again from 3 feet. Johnson had been struggling with his putter all week, and a lot of the players had been. The course was tougher than my wife’s “meatloaf”. I put meatloaf in quotations because I’m not sure what you could legally call something that could be used as a brick, anchor and shot-put that is also “edible”. Anyway, the win was one for the ages, and it was the right guy who one, but no one wanted it to go down like this.

Spieth beating Johnson in a playoff would have been amazing to watch. Spieth sinking the birdie putt to get one shot out in front of Louis, as the only challenger, would have been nice. The missed three-putt by Johnson just makes the victory seem like less about Spieth’s amazing ability and more about Johnson’s epic inability. This was the outcome that I think a lot of golf fans were cheering for, but in no way the means by which we wanted to see it get there.