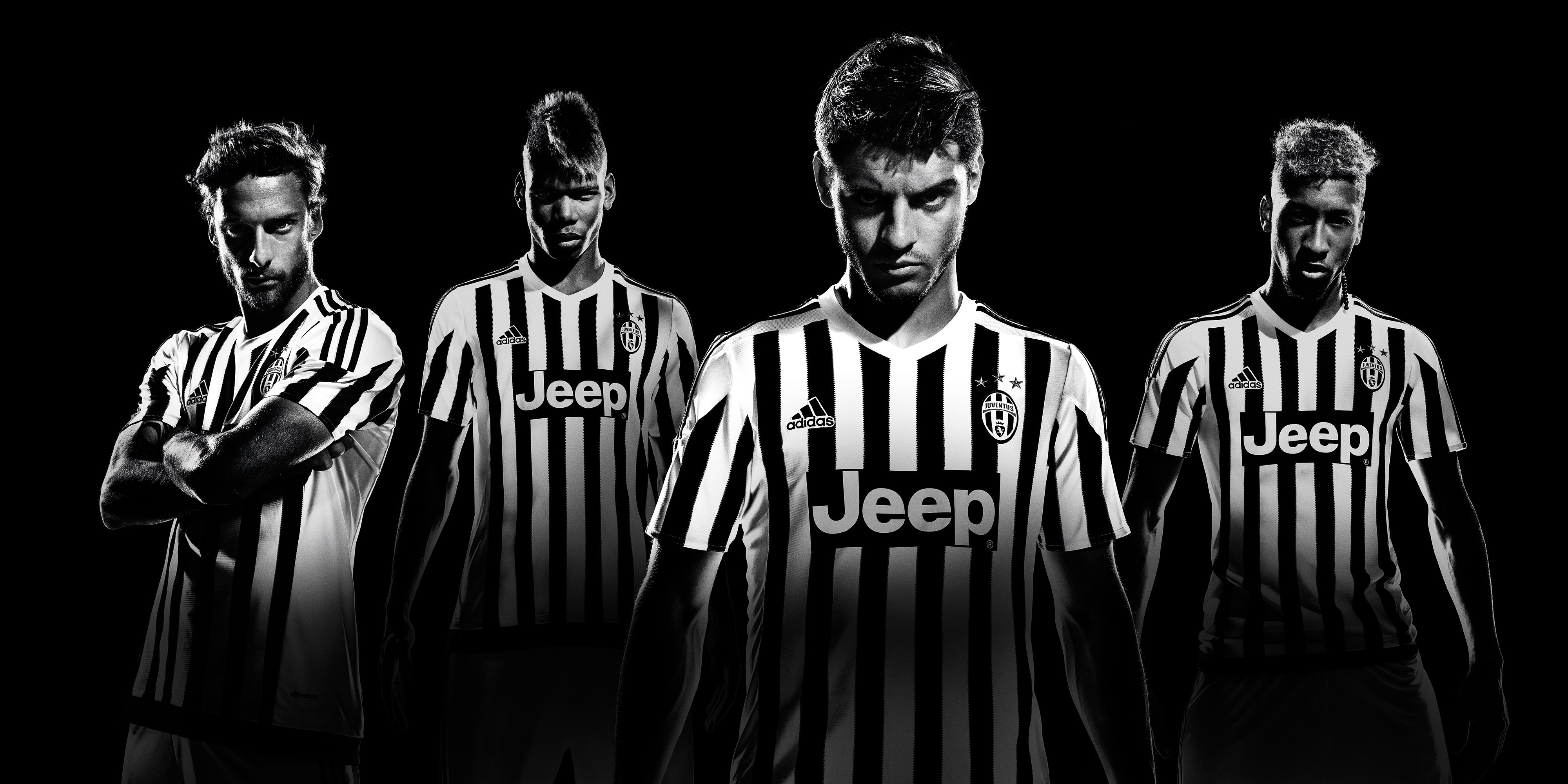 There’s a variety of reasons to enjoy Juventus, the heralded soccer football European club, but the new Juventus adidas home and away kits are yet another reason. The pink goalie top is attractive, the striped field jerseys are pretty cool with the Jeep branding, and the ClimaCool fabric is always a win for performance and comfort.

See the full set here, courtesy of our friends at adidas.

Juventus will wear adidas from today until 2021. The start of this partnership provides an opportunity to unveil home and away kits for the next season. This launch is just the first chapter in the history of adidas and Juventus.

Loyal to tradition, the new home kit displays the iconic black and white jersey, white shorts and white socks. The new jersey features the black and white striped design recalling the classic Juventus style. The stripes are not outlined but they intersect, creating integration between the white and the black. The black hem at the bottom of the jersey displays a tonal graphic print featuring the J letter, the club symbol, and some details evoking the unique exterior design of the Juventus Stadium. The three adidas black stripes are placed on white inserts on the sleeves to underline the bond with the brand.

The names and the numbers of the players will be in black.

The away kit combines a classic back to the roots design with a touch of innovation. Since 1897, the year of the club foundation, until 1903 the Juventus players have worn pink jerseys and black shorts creating a kit that has become iconic and an integral part of the club’s history. The adidas designers have thus reinterpreted tradition by combining the pale pink color of the historic club jersey with brighter pink applications on the sleeves and on the front in-between the white stripes to create perfect mix of authenticity and modernity.

As with the home jersey, the hem displays an application, white in this case, on which the J letter and references to the exterior design of the Juventus Stadium are featured, tone-on-tone. The round neck collar is black as well the logo and the adidas three stripes. The shorts are black with the three stripes and the adidas logo on the back is light pink. The Juventus crest is on the front. The socks are pale pink with bright pink and white inserts recalling the stripes on the central panel on the chest. The names and the numbers of the players will be in black.

The new Authentic jerseys will allow players to be faster and more comfortable on the field. They are made of a woven lightweight fabric which improves breathability and provides greater freedom of movement and comfort without sacrificing flexibility and resilience.

The Replica jerseys, on the other hand, feature the Climacool ventilation technology designed to help keep your body cool and dry through holes, breathable materials, fabrics and special stitchings.

“For the first time ever Juventus will wear the 3-stripes. We are proud of the partnership signed between the club and current Italian league champions, and at the same time we’re pleased to unveil the home and away kits for the 2015/16 season to all the fans.” said Andreas Gellner, Managing Director adidas South Europe. “The best way to start this new adventure is to celebrate the triumphs achieved by the “bianconeri” in recent years. We did this by embedding in the design the three gold stars embroidered on the club’s crest, inspired by the place that sums up all these achievements: the Juventus Stadium.”

“We’re very proud to work alongside a partner like adidas in such a significant period in the club’s history,” said Francesco Calvo, Juventus’ Chief Revenue Officer. “In our bid to consolidate our position at the summit of world soccer, as of today we can count on another strong ally who firmly believes in us and also shares our key values such as tradition, internationalization, innovation, the pursuit of excellence, and leadership.

We see adidas as a crucial part of our growth strategy and we will make all of our assets available to them in order to help the brand extend even further in the global soccer landscape. We are convinced that the next six years of this agreement will be the start of a lasting partnership, full of new and exciting challenges.”

Our Way or No Way – #BeTheDifference

The kit launch is tied to the “Our Way or No Way” global communication campaign which will feature some Juventus players and be marketed mainly through digital channels.

The “Our Way or No Way” concept is part of the #BeTheDifference campaign with which adidas announced the Soccer Revolution by introducing a new way of seeing soccer: soccer matches are decided on the finest of margins. A single piece of skill or a moment of madness can lead either to victory or to defeat. It’s all up to those who are able to make a difference on the pitch. And that’s the message adidas is keen to convey by identifying two kinds of players in modern soccer: those who create chaos and those who control the game. The game changers and the playmakers who set their rules on the field. The bianconeri’s leitmotiv perfectly fits this scenario as it shows how the Juventus style differs from the others by being based on pragmatism which is the underlying foundation of their achievements. It says: “Juve’s game is plain and simple. It’s got to be black and white. That’s their way. Their focus. Anything outside of their game is not tolerated. All that hype in soccer, all that color, even the smallest dot of it, is removed. It’s not important. It doesn’t matter. Only soccer matters.”

The home and away kits will be available to buy from today at adidas.com. 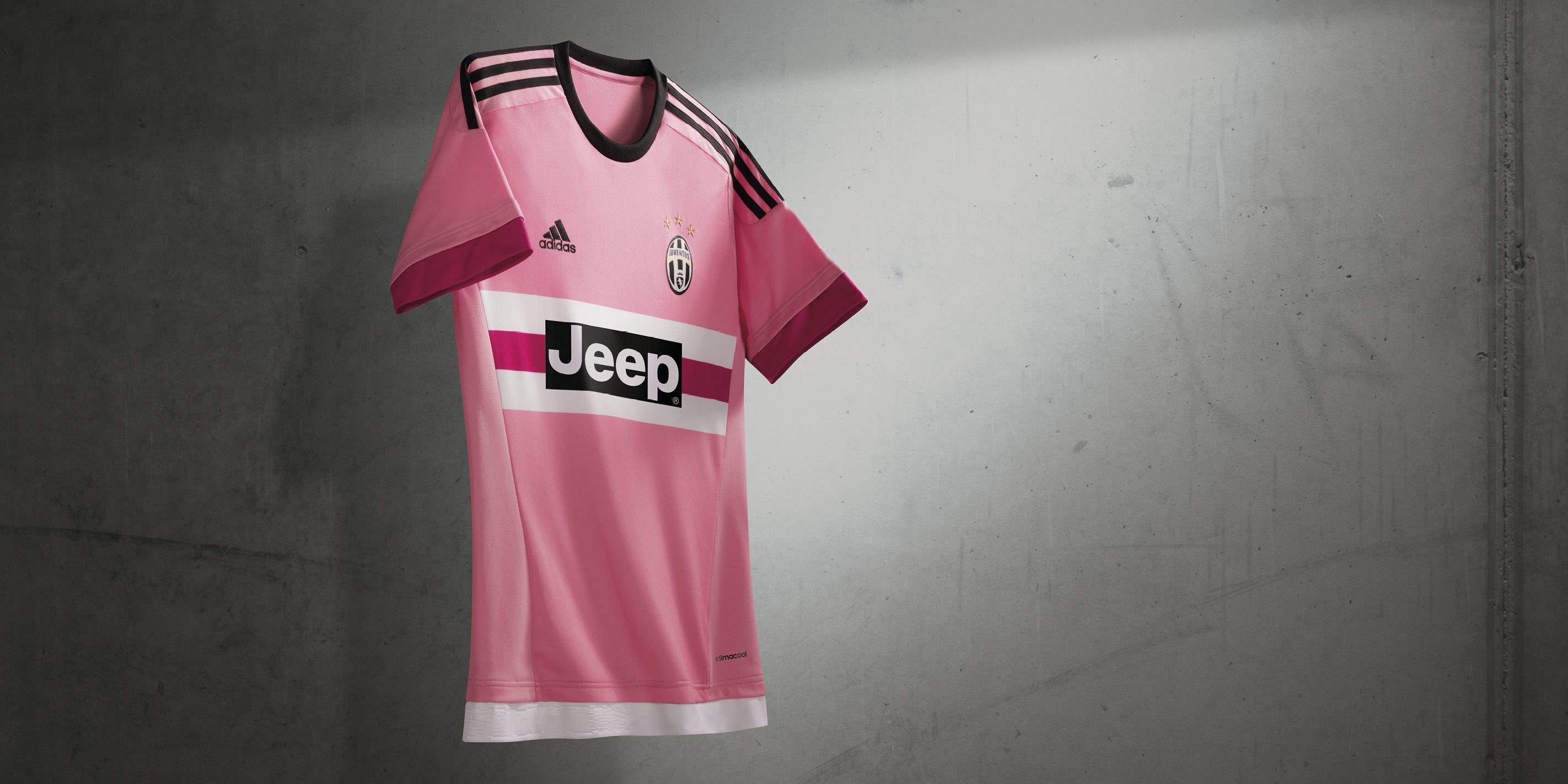 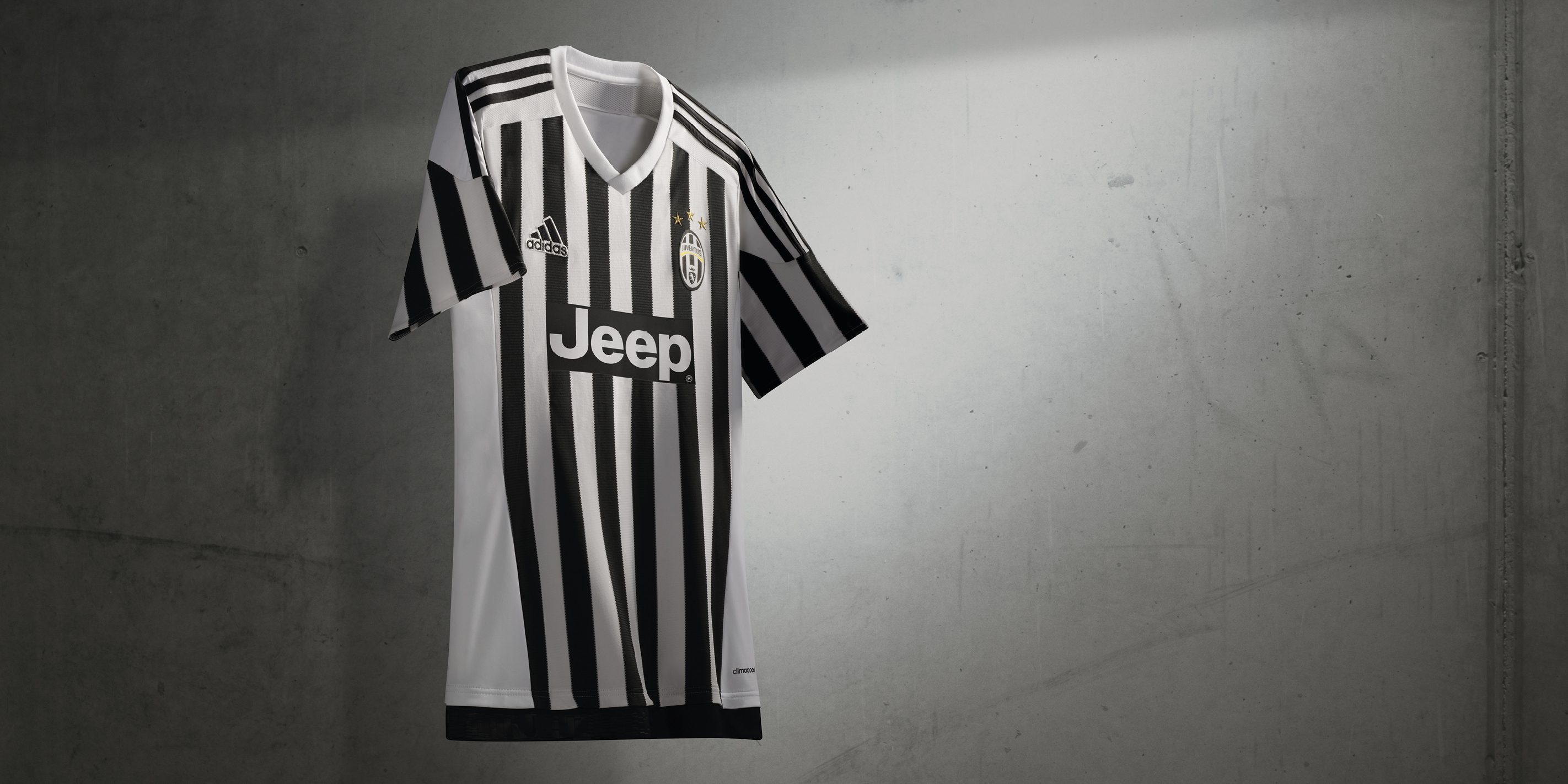