Here’s a collection of songs that I’ve been listening to over the past few months that I can’t get out of my head, so I had to drop it down on a keyboard and share with you all. These are a series of descriptions conveying why I’m drawn to the artist and their personal style on each track mentioned. To make it easy for the reader, I’ve broken down the singles into three categories: female artist, male artist, and group. Cool out and enjoy. 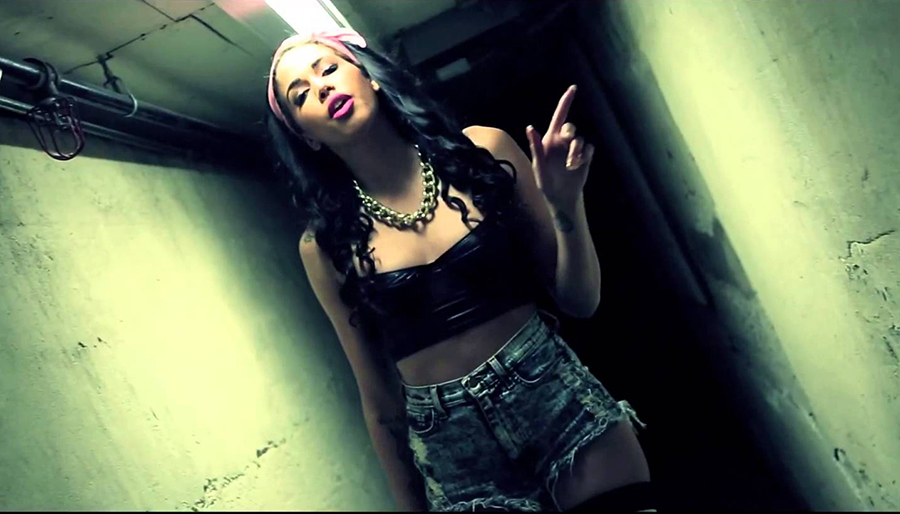 Alexandria
Song – “Skyscraper” REMIX featuring Father
Alexandria is joined by Father on the remix of her smash single “Skyscraper” from her recently released EP, “Bad”. Written by Alexandria. Produced by Ethereal. I’m drawn to this artist because of the flavor that she and her crew are bringing to the modern day R&B table. This talented collection of musicians have embodied the sound of Oakland in the early ‘00s and elevated it with the charisma and swagger of the nubile ATLiens.

Ashley All Day
Song – “Like This” featuring Tadoe x Yung Lean x Ballout
“Like This” is a fun song for mislead youth looking to find their identity in a common enemy. This young girl is on her way to hosting an MTV2 program, making real moves, all thanks to her unique and perfectly fitted style. She’s truly a brand within herself. The feel of this track isn’t my usual cup of tea but she has the appeal of being your favorite girl rapper’s favorite girl rapper.

Villette
Song – “RUBY”
Vilette is an up-and-coming remix DJ that I found while delving deep into some song favorites of well-respected artist, Sango. I was into European EDM in college and still have some favorites but I love the heave trip-hop style that we hear a lot today. Electronic tracks that crossover into Hip-Hop, especially when I can hear a lyrically gifted MC bodying.

ABRA
Song – “Rose”
ABRA is the siren of “Awful Records” and one of the youngest on the label. I have to admit that in the past, I’ve had to force myself to listen to female driven hip hop, but since discovering some of the talent in the Awful Records catalog, I’ve changed my perspective. And as far as ABRA’s concerned… I’m hooked to say the least.

Doja Cat
Song – “No Police”
I was introduced to this artist personally before I heard her music. She was performing at a pop up event in Los Angeles at a venue called The Well and I had the pleasure of meeting her before she took the stage. Personality for days. Although this song is laced with themes surrounding her poor habits and probably even poorer taste in men, she delivers her tales with a sultry energy and very sexual overtones. This song stimulates the senses if you can follow along and keep up with her fiery pace. 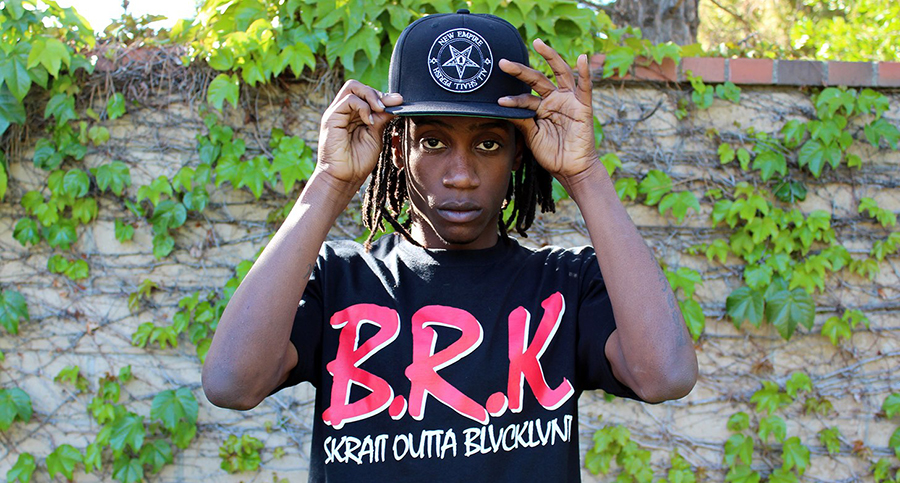 Yung Simmie
Song – “When I’m bored” REMIX featuring Shy Glizzy
Yung Simmie had early success in Florida with the rise of A$AP and the Raider Klan, however, as time’s gone on Yung Simmie’s created his own lane of music that young listeners all over the world are taking notice to. His ability to blend simple themes with hard hitting punch lines reminds me of a budding Curren$y in his early Cash Money Records days. I’ve spent time with this kid and have even shown him around L.A. on one of his visits to the city. His whole clique is making noise and it won’t be long before other rappers like Shy Glizzy begin getting involved.

DJ Smokey 666
Song – “Double My Cup”
DJ Smokey 666 reminds me of a young Canadian “Girl Talk”. He takes amazing snippets and samples from Trap Rap as well as old time Three Six Mafia Era clips – mashes them up into contemporary masterpieces. He’s had some small success with Yung Simmie and has recently gone on to collaborate with others in their camp. This kid doesn’t just have “what it takes” to crossover, he has far more to offer with his trippy visual effects often complimented by the recurring theme of “Kush Aliens” invading and taking over the earth. The youth truly identify with this rebellious & rambunctious character and I personally have grown to love his muddy trap mixes. Not to mention, guests in my home always ask me to pump his fresh dance mixes/mash ups when we’re all feeling the vibe of the weekend. Just coolin’.

Night Lovell
Song – “Still Cold / Pathway Private”
Came across this young rapper/producer on Spotify one day while discovering other related artists. Something about this 18 year old’s voice kept pulling me back in for more; I have a feeling there might be something in the water over in Canada these days. This kid just graduated from high school and already his shows are being blessed with rave reviews. I have watched a few videos but am still doing my homework on this particular artist, as there is a shroud of mystery surrounding some of his recent moves. This is an abstract art form for sure, but recently projects like this have been pushed further into the limelight as production value has become king in the world of digital music. Along with Still Cold/Pathway Private, I also enjoy a track from his first release “Concept Nothing” and couldn’t help but include it here for you as well.

Pouya
Song – “Suicidal Thoughts in the Back of the Cadillac”
This kid is so funny honestly, and I was drawn to his personality before I took a hard listen to his discography. I went with my squad to his show down in LA and couldn’t believe the way this artist was controlling the crowd. You would have thought that Marshall Mathers himself was playing live – people were screaming, girls were crying, the crowd was roaring. When I got home and listened to the lyrical content and delivery of his raps, it was undeniable that I had become a fan for life. With nods from the likes of 40oz Van and other prominent tastemakers alike, I know that Kevin Pouya is in for the summer of his dreams as he and Sir Michael Rocks embark on their South Side Slugs tour. What a fucking blast. And just wait until he introduces you to Fat Nick. Money.

Denzel Curry
Song – “Ultimate”
I discovered Denzel Curry playing a show at the Echoplex about a year ago in Los Angeles. I was at the show to see The Underachievers and had no idea who Denzel was or why he was opening the show. I saw him and his squad perform their hit single, “Threatz”, which features Yung Simmie as well as Rob Banks and they blew the roof off the venue. Up to that date, I had never seen a young artist perform with such ferocity and voraciousness. I was instantly hooked and I haven’t stopped following this gifted gentleman’s rise since he blessed us at the show that night. I was honestly surprised when he didn’t receive the XXL Freshman 15 nod this past year, his presence and style are that formidable. This new song Ultimate is a lyrically vicious attempt to show you that Curry is coming closer to mastering his craft. It’s clear in his message that he believes we’re all on the horizon of something truly unique and yet so palatable across the demographics of music and culture. 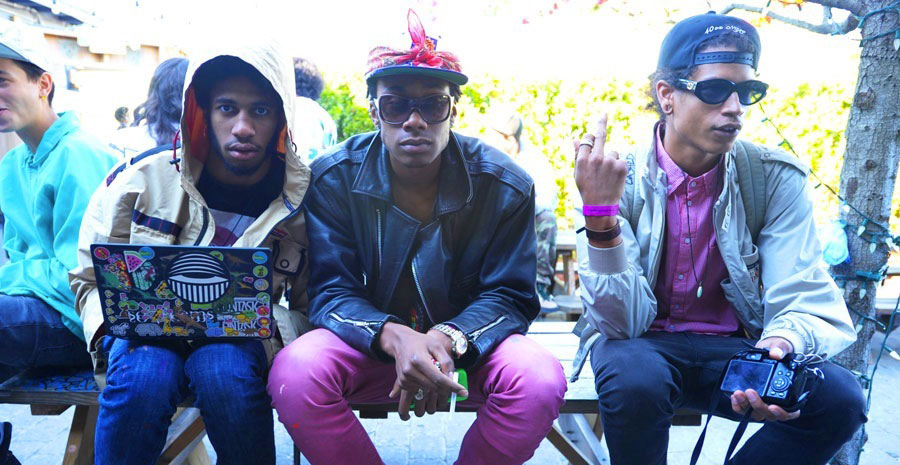 Volumes
Song – “Erased”
I grew up with these guys and have a close personal relationship with them and they continue to surprise me climbing the metal charts day by day. They are all under 25 and have toured the globe sharing their brand of alternative music with the masses. When it comes to entertainment and heavy live music it doesn’t get much better Volumes. Hard hitting songs with crossover capability and recently they’ve integrated much more of the lead screaming vocals into clean singing melodies. A must listen for the avid young metal consumer, especially as the group continues to grow into a definite brand with complex levels of marketability. For fans of Linkin Park and Bring Me the Horizon.

Bear On Fire
Song – “Red Belly”
This is a group of dudes that can liven up any party or local bar, however, I’ve recently seen them on bigger stages and their stage show/presence is quite remarkable. This is most likely due to the fact that all of the members are actors and or writers including bassist Christopher Mintz-Plasse aka McLovin from the pop culture phenomenon “Superbad”. They knew exactly what they wanted the user to experience when listening and their message is apparent in the maturity of their first release. This is for fans of folk acts like Mumford and Sons as well as Los Angeles Silversun Pickup Hipsters. For me, this is a fresh and original take on a classic genre and I can’t get enough.

King Gizzard & The Lizard Wizard
Song – “Cellophane”
Okay, so I have a slight love affair with psychedelic music and this band gives me everything I need when traveling down that road. Kicking ass all the way from Australia, I can think of no other band and accompanying song that I‘d rather have as a vehicle for a spiritual journey other than Cellophane, every play delivers that natural high. I feel like an enlightened flower child from the ‘60s traveling on a sonic wavelength of color whenever I listen to these artists. Truly a treat to kick back and vibe out to. Be on the lookout for King Gizzard & The Lizard Wizard gracing a few rad festivals this summer, I know I’ll be ready.

Metro Zu
Song – “Dippin”
I’m addicted to the way these guys work. This three-piece group is festering with talent and show extremely hardworking practices when it comes to making music. Having worked with some of the most influential new artists in the rap world, such as Yung Lean and Space Ghost Purp, their schedule of production is flooded with not only original pieces but collaborations: they stay busy. One of the members focuses on the artistic element from logos, to album artwork, while the others focus on vocals as well as production. I first found out about these guys via Noisey’s Blog and haven’t gotten off the Metro Zu express since I took my first trip.

Ho99o9 (Pronounced Horror)
Song – “Day of Vengeance”
Ho99o9 is bringing back Punk to the United States from overseas and they’re making it Black Punk. And I mean that quite literally as these guys are of African descent and have some very special and noteworthy sounds to contribute to the traditional style. I would’ve killed to see this group perform back when I was 16 years old as feel very connected to their music as an adult and am ever excited to see what kind of unique path they pave in the Punk game today. Imagine “Tyler the Creator” and “Trash Talk” have a love child raised by Depeche Mode; ladies and gentlemen, meet Ho99o9.