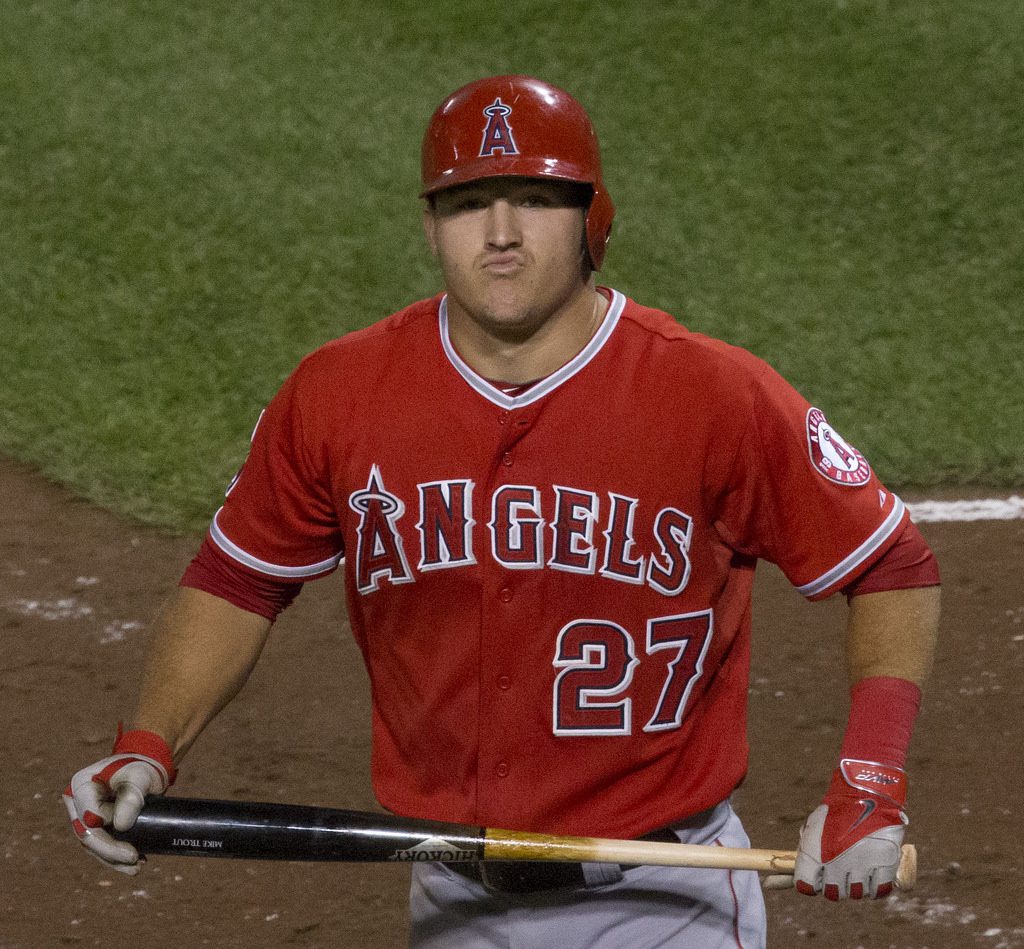 Amongst Italian mob bosses there’s an expression, “Capo di Tutti Capi” which means “the boss of all the bosses” or “Godfather.” Mike Trout is baseball’s Godfather.

After winning his second-straight All-Star Game MVP Award, there’s no doubt about Trout’s elevated game relative to the best in the game.

He took Zack Grienke yard. The unhittable Zack Grienke. The best pitcher in the National League. Mike Trout made the best pitcher in baseball right now an ordinary jamoke. He’s unreal, and too much ink… or digital ink is spilled trying to quantify the greatness of Trout. Think of him this way: the amazing gifts of a pre-roided Barry Bonds but as fun to watch as Ken Griffey Jr.

Perhaps Trout’s exploits overpowered the All-Star Game. The American League won 6-3 in a largely pedestrian affair that wasn’t notable for its drama but rather the coronation of the game’s “Next Big Thing” to “The Man.” The details of the game are simple enough: Trout starts the scoring with a blast off Grienke. Jhonny Peralta tied the game with a single that scored Paul Goldschmidt. Clayton Kershaw surrendered a single to Prince Fielder, allowing the aforementioned Trout to score again. Lorenzo Cain lashed a double, scoring Albert Pujols, making the game 3-1 in the bottom of the 5th. Andrew McCutchen would whittle the deficit to one run with a solo homerun just to have Manny Machado and Fielder collaborate to extend the lead to 5-2. Brian Dozier homered to extend the lead to 6-2, and Brandon Crawford’s sac fly in the 9th provided the game’s final run, drawing the National League within three runs.
Aroldis Chapman became the first pitcher to hit triple digits on the radar gun, only appropriate that it occurred in Cincinnati.

The game itself lingered in suspense due to the arrival of noted degenerate Pete Rose onto the field of Great American Ballpark. Once Rose’s appearance was out of the way, Trout’s exploits immediately made the baseball’s rightful pariah an afterthought – as Rose should always be.

The American League’s win earns the winner of the ALCS home field advantage throughout the playoffs. Coming off an exciting Homerun Derby, the All-Star break is definitely a great success. The second half storylines of interest will be dramatic.

Will the Astros keep competing?
Will God rightfully intervene and destroy the Yankees, making us not subject to Joe Buck’s panting commentary on the greatness of the since retired Derek Jeter?

Will the Red Sox learn to pitch?

One story not in doubt: Mike Trout is the best thing going in baseball!