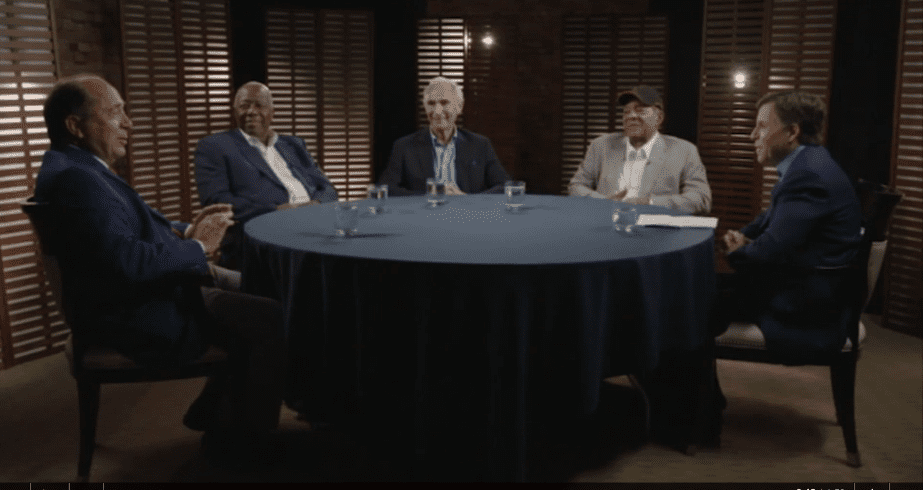 Four of baseball’s all-time greats — Hank Aaron, Johnny Bench, Sandy Koufax and Willie Mays — who were announced this week as the Franchise Four “Greatest Living Players,” will be featured in an exclusive MLB Network interview with Bob Costas on Thursday evening.

The four Hall of Famers were honored at the All-Star Game presented by T-Mobile on Tuesday in Cincinnati, and they will next be featured on a special edition of MLB Network Presents at 8 p.m. ET on Thursday. MLB.com