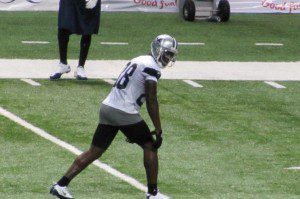 Jerry Jones cleared the air regarding any behavior restrictions in the recently signed five-year, 70 million dollar contract between Dez Bryant and the Dallas Cowboys.

The contract has no “Dez Rules,” according to The Dallas Morning News, meaning that there are no real restrictions on Dez Bryant off the field. In the past, Jones has taken extreme measures to ensure that Bryant is on his best behavior.

“That was made possible by Roc Nation and Jay Z,” Jones said. “Now I know you said, ‘Boy, aren’t we mixing the chickens and eagles here?’ No. Jay Z certainly is a great example there. He’s obviously very astute and not just talented and he has in his or he has in his plan a really ask several people of the different disciplines of music many different disciplines that are outstanding. Then he wants to have them and advise them on how they handle their affairs. He’s outstanding.” NFL.com