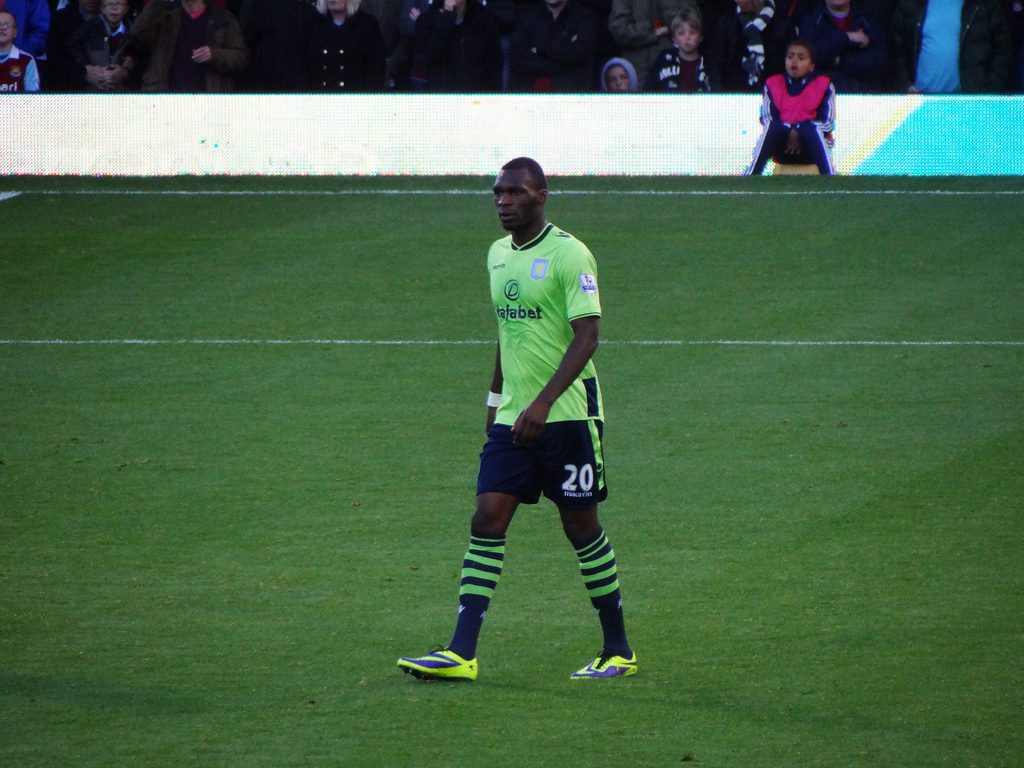 Premier League side Liverpool have triggered a £32.5 million release clause for Aston Villa striker Christian Benteke, 24, as they aim to bring the forward to Anfield for the start of next season.

The Reds were linked with the player at the beginning of the transfer window, but it seemed as though they wouldn’t be able to afford the player after discovering his hefty release clause.

After a turn of events last week that involved Liverpool selling their promising youngster Raheem Sterling, 20, to rivals Manchester City for £49 million, the Reds are back in the race to sign the Belgian forward.

Benteke returned from injury towards the end of last season after spending months on the sideline and scored 12 goals in as many appearances to help Villa escape the drop.

The powerful, clinical forward has put in impressive performances for Villa when fit and in form, and has attracted the attention and interest of several big clubs including Premier League rivals Manchester United and Chelsea.

Liverpool look set to sign the striker, who has two years left on his current contract with Villa, after meeting the £32.5 million transfer clause. The club now has permission to begin talks over the transfer of the player, but can’t approach him for a medical yet.

Liverpool manager Brendan Rodgers, who is in Australia on a pre-season tour with his side, told the BBC that a player like Benteke would help Liverpool “get back in among the top teams”.

After selling influential striker Luis Suarez to Barcelona last summer, Liverpool have had to rely on Daniel Sturridge who is a capable striker but too injury prone. They missed out on a Champions League spot last season, but Rodgers will be hoping that the Benteke signing will help them avoid this when the season resumes in August.