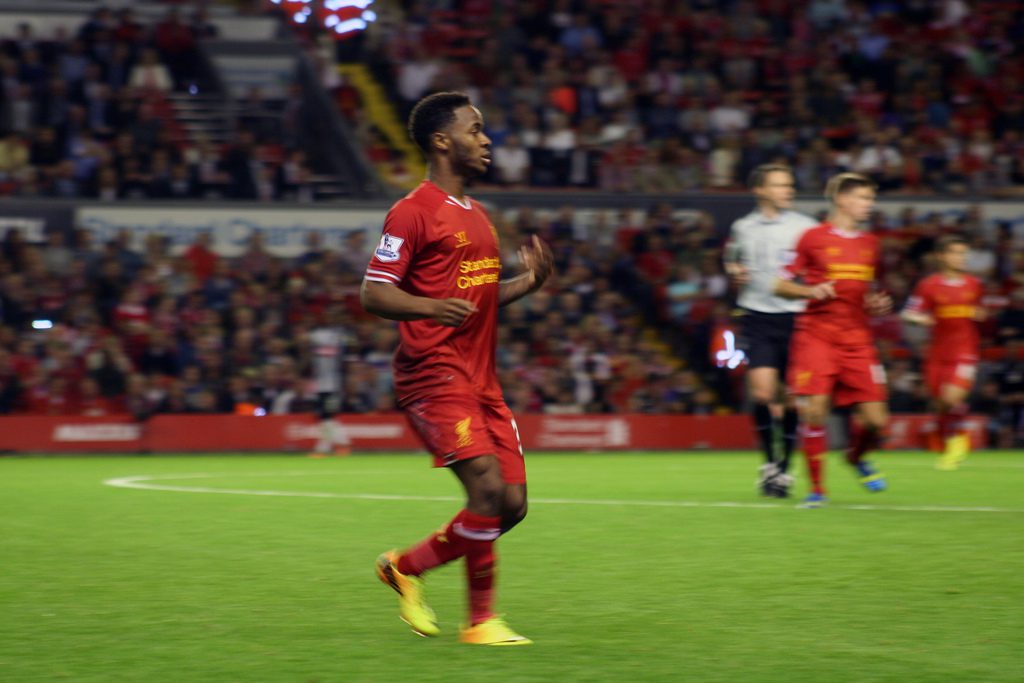 Raheem Sterling, 20, has completed his transfer from Liverpool to Manchester City. Man City have reportedly paid £49 million for his services on a five-year contract, making him the most expensive English player.

Sterling, who became unsettled at Liverpool towards the end of last season, made 95 league appearances for the Merseyside club, over the course of four seasons, scoring 18 goals.

The pacey-winger made his Premier League debut for Liverpool against Wigan Athletic in 2012, before going on to score his first league goal the following season. Sterling would go on to become a regular in the first team in his last two seasons at the club.

Liverpool manager Brendan Rodgers had faith in Sterling’s potential, and he became an integral part of Liverpool’s 2013-14 Premier League campaign where they finished runners-up to Manchester City. Sterling scored nine goals in 33 appearances that season.

After his contract dispute with Liverpool became public, Manchester City were one of the first clubs to pounce offering Liverpool £30 million for his signature. Liverpool would reject this and a £40 million offer before eventually settling for £49 million.

Sterling’s transfer has been met with criticism by former Liverpool players. Former club captain Steven Gerrard, who expressed his disappointment in a BBC interview, explained that “the fans have shown [Sterling] great support” and that his behaviour is unprofessional compared to that of his teammates.

Former Liverpool legend, now pundit, Graeme Souness was also vocal with his criticism adding that at such a young age Sterling “should stay…learn his trade and get on with [his career]”. Souness agrees with Gerrard, and believes that Sterling has let down club supporters who have “shown great loyalty to him”.

Sterling will be hoping that he has made the right decision signing for Manchester City, and will no doubt be aiming to prove his critics wrong. Manchester City won’t let the critics affect them, for the price they paid, they clearly believe that Sterling is definitely worth every sterling.

There will be competition from current Manchester City players to get into the starting line-up once the season resumes in August, but Sterling will hope that he can demonstrate his worth to his new club and seal a regular spot in the first-team.