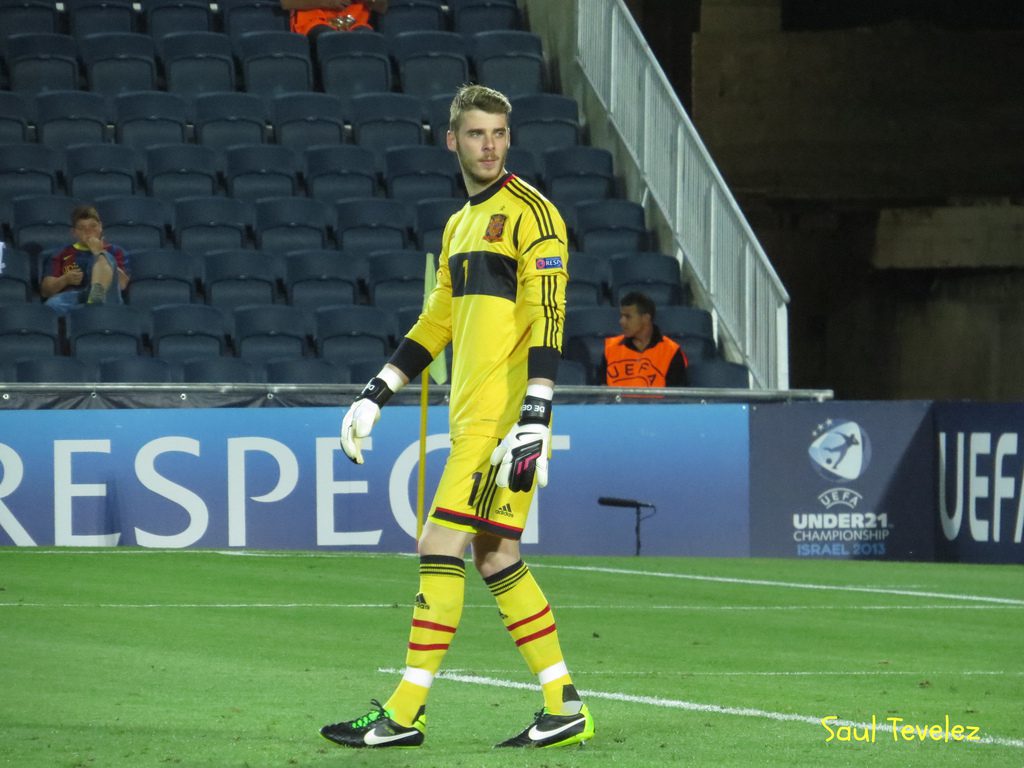 Premier League side Manchester United are reportedly interested in signing Atletico Madrid goalkeeper Jan Oblak, 22. The Slovenian born goalkeeper made 11 league appearances for Atletico, and 21 in all competitions last season.

With current Manchester United goalkeeper David De Gea, 24, enticed by a move to Spanish side Real Madrid, United will be looking to cash in on their player, with one year remaining on his current contract, instead of letting him leave for free when his contract expires.

Real Madrid have made no secret of their desire to sign the Spanish international goalkeeper, and the departure of club legend Iker Casillas to FC Porto has all but prepared the keeper’s box for De Gea to step into.

De Gea was signed by United in 2011 and has gone on to make 131 Premier League appearances, helping United lift the title in the 2012-13 season. De Gea has also picked up a handful of individual awards, including consecutive Players’ Player of the Year awards in the 2013-14 and 2014-15.

If Manchester United can secure the signature of Oblak, who put in impressive performances in the Champions League last season against Madrid, then they may be willing to sell De Gea to Madrid for the right price.

After a couple of poor seasons following the departure of long-serving manager Sir Alex Ferguson, Manchester United look more than capable of challenging rivals Chelsea, Arsenal, and Manchester City for the right to be crowned Premier League Champions.