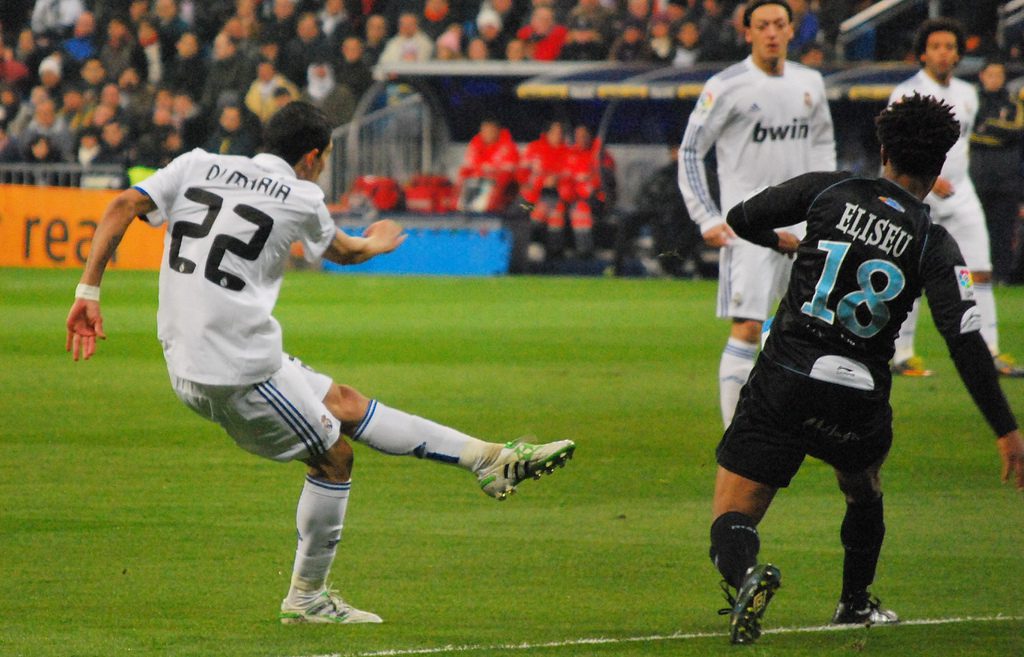 After spending a single season in the Premier League, it seems as though Angel Di Maria’s time is up with reports suggesting that the Argentinian winger is on his way out of Old Trafford.

Di Maria, who has made 27 Premier League appearances for Manchester United, scoring three goals is the subject of interest from French Champions Paris Saint-Germain.

The French club were linked with the winger last season, but the Argentine preferred a move to Old Trafford instead. It now seems that PSG have renewed their interest in the player after Di Maria’s frustrating maiden season at Manchester United.

Di Maria, who suffered a hamstring injury in Argentina’s Copa America Final loss against Chile, looks to have dropped in the pecking order at Man United after the signing of Dutch phenomenon Memphis Depay from PSV Eindhoven.

Depay has been compared to Di Maria’s former Real Madrid teammate Cristiano Ronaldo, and at 21 years of age, the winger definitely has the potential to reach the ranks of Ronaldo.

PSG have done enough to hold on to their star players during this transfer window with important players like Zlatan Ibrahimovic and Javier Pastore set to remain at the Paris club next season. Di Maria will no doubt add a fresh option to manager Laurent Blanc’s team, and may fit right into the starting lineup, especially if he can link up with international teammate Pastore.

The tricky winger, 27, had made over 120 appearances for Real Madrid before moving to England to play for Manchester United. The Red Devils paid a reported £60 million for his signature. With four years left on his contract, PSG are expected to pay a high price if they want to acquire the services of Di Maria, but may be willing to throw striker Edinson Cavani in the deal.

With the recent sale of Robin van Persie to Turkish side Fenerbahce, Man United have minimal options up front and may be willing to accept a reduced price plus Cavani for the transfer of Di Maria.