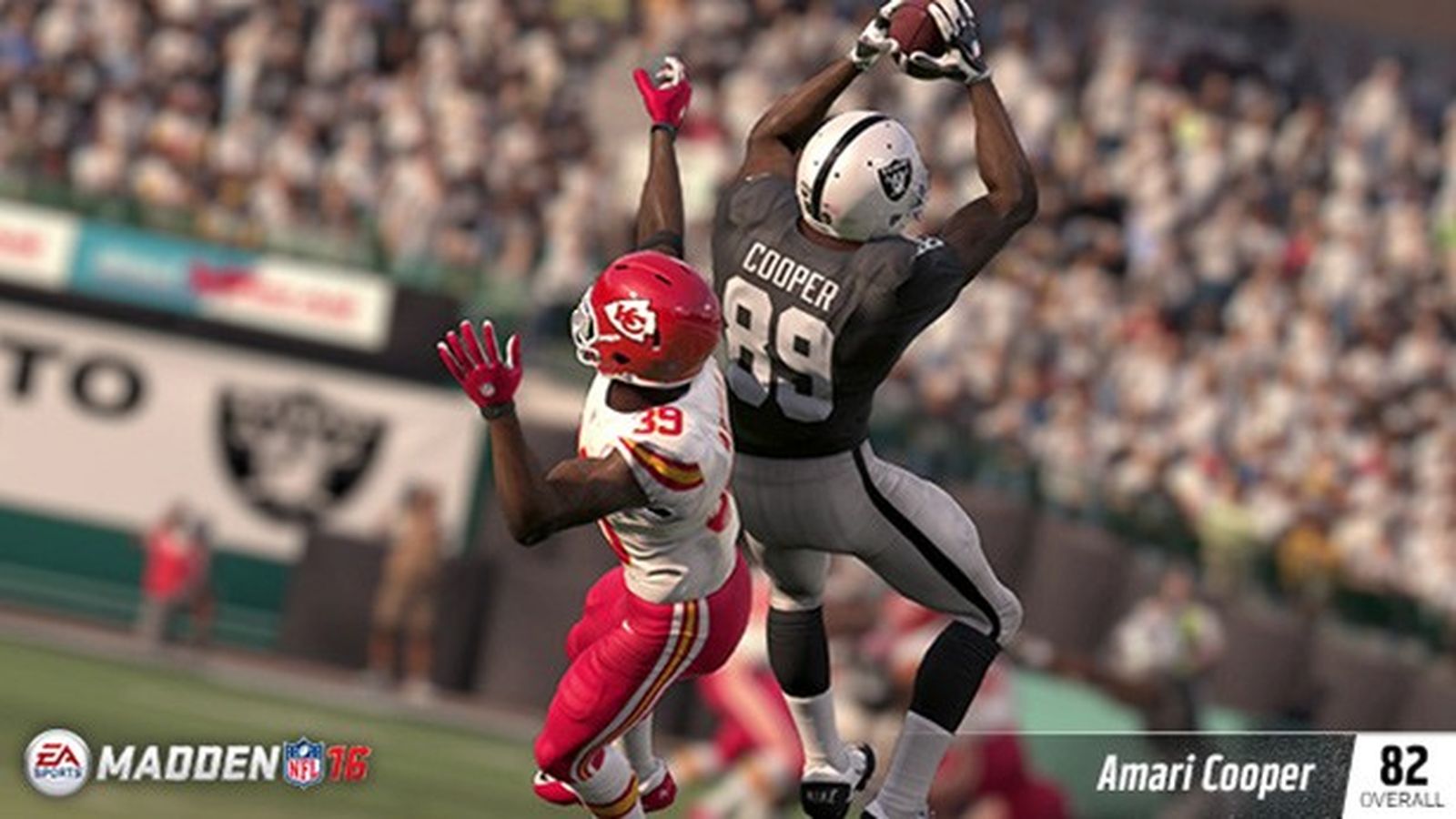 Gauging a rookie before he even plays a down in the NFL is such a tough thing to do. If you look at this article on the top rookies in Madden NFL 15 from November of last year, you will see that the NFL season was almost over and there were clearly some guys that should have been ranked higher and lower as the result of their play, or lack there of. Here are the rookies that got the most love in Madden NFL 16.

Amari Cooper (82 OVR) – With the 4th overall pick in the NFL Draft the Oakland Raiders took a player who has good speed and great agility, without being an outright speedster like DeSean Jackson. Giving Cooper traits like 92 Speed, 94 Agility, and 87 Catching are exactly what you’d be expecting to see. He’ll be the primary target, the question will be if he can catch in traffic and muscle off press coverage at the next level.

Jameis Winston (81 OVR) – The top draft pick for the Tampa Bay Buccaneers has had very few on-field issues, but several concerns off the field. Fortunately, for the Madden user there isn’t a metric for that sort of stuff, yet. Coming from a pro-style offense gives Winston the sort of tangibles that make it easier to bring his traits into the video game world. Ranking in with a 95 Throw Power, 88 Throw Accuracy Short, and 75 Strength, these are all things that were easy to gauge from his combine and playing experience. Now it’s up to Winston to put in the work and earn his 81 Overall rating.

Todd Gurley (80 OVR) – I lost a bet when the St. Louis Rams drafted a running back with the 10th overall pick. Coming off an injury, it’s so difficult to figure out if this guy is going to excel or fall apart at the next level. The injury calls into question all the measurables like 91 Speed, 87 Acceleration, 80 Elusiveness, 91 Trucking, 89 Stiff Arm, and 91 Carry! The only thing I think is spot-on with this guy is the 73 Injury Rating. Make sure to think about that if you’re starting up in franchise mode.

Leonard Williams (80 OVR) – This is an outright travesty of a rating. Arguably the best player in the draft with amazing college and combine measurables, I was expecting an overall rating of nearly 85, if not higher. I guess there isn’t too much to complain about with his 90 Block Shedding, 87 Strength, and an 85 Power Move. I suppose it’s better to be cautious with the ratings until after he’s played a year or two.

Brandon Scherff (80 OVR) – The Washington Redskins wanted to get better along the offensive line and they did so in a big way. Scherff had great measurables at the combine and in college, but tackles in the NFL are harder to gauge. Having an 89 Run Block, 80 Pass Block, and 83 Strength show him to be that well rounded player the Redskins hoped they got.