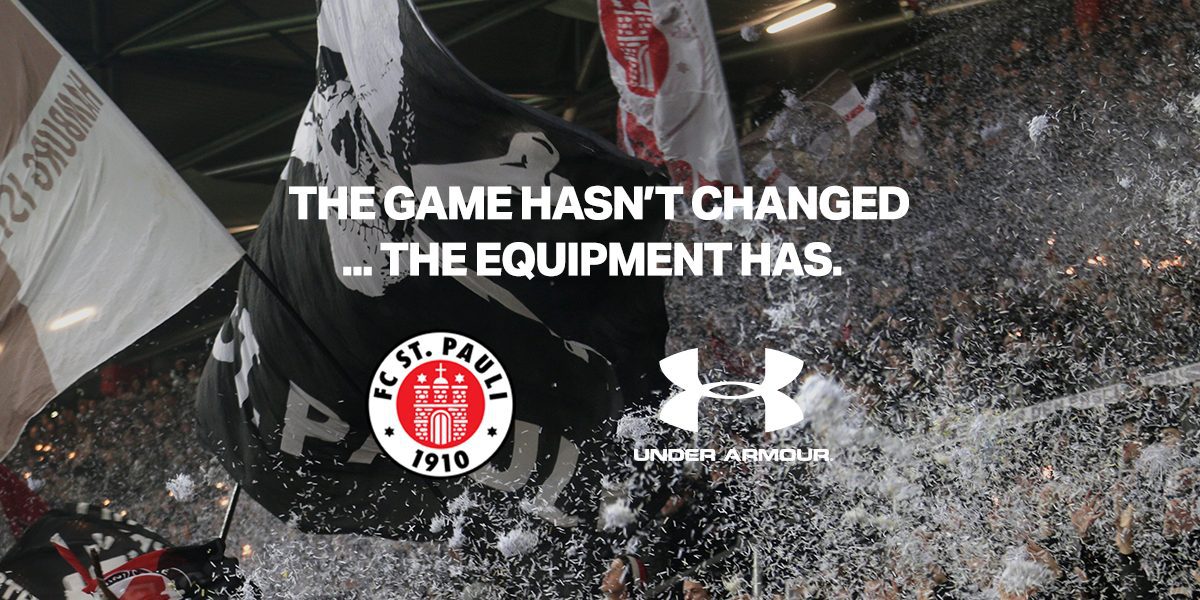 Growth is always good. Be it personal or professional, the expansion of territory with firm ownership makes us better when we have the right motivations. That said, it should come as no surprise that Under Armour is doing a bit of its own expanding in the world, having now opened up an office in Germany (no doubt to compete with a few stripes) and has also partnered with one of the more successful soccer football teams in the world in FC St. Pauli.

See of the details on the union here, courtesy of our friends at Under Armour.

Under Armour has entered a long-term partnership with one of the world`s most progressive football clubs, FC St. Pauli. With a distinct identity rooted in the rebellious and passionate spirit of its supporters and local community, FC St. Pauli has established itself as one of the most admired clubs in Germany and global football.

Starting in July 2016, the Hamburg based club will start wearing match day kits, training product and equipment at every age level.

“FC St. Pauli and Under Armour share the belief that culture and passion are the most important characteristics of a brand, and the foundation for any great performance” said Maurath. “The club’s cultural significance extends beyond the pitch and so will our partnership. We’ll provide the club’s senior team and youth academy with innovative and bold kit designs and we will work with the club and its supporters on initiatives that aim to make a positive contribution in the local community.”

Founded in 1910, the club has earned an inimitable reputation in world football for their social activism, synergetic relationship with its supporters and surrounding community, an unmatched match day experience and highly rated youth system.

“With Under Armour we have been able to partner with a strong and rapidly growing brand. We are proud and excited about the fact that the partnership will go way beyond a typical kit-supplier sponsorship. The FC St. Pauli and Under Armour both like to do things differently then the competition and challenge the way things are. Together we will be able drive success on the pitch and in our communities through passion and innovation,” said Oke Goettlich