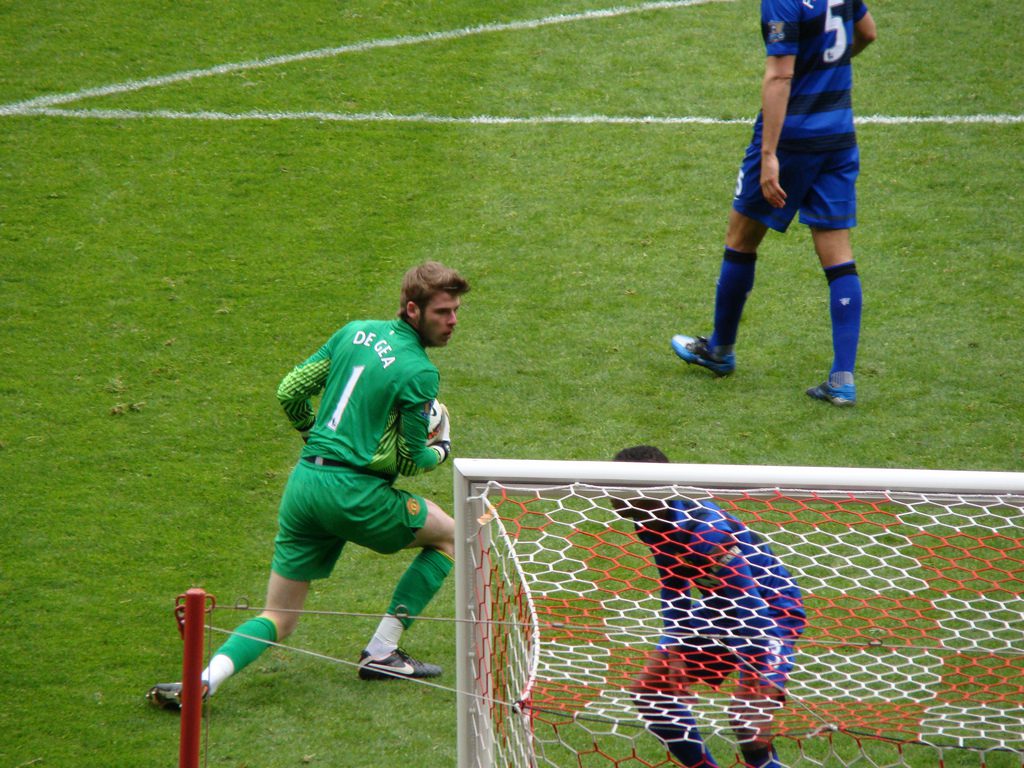 Manchester United coach Louis van Gaal has confirmed that goalkeeper David De Gea, 24, will not feature for the club in today’s match against Aston Villa in gameweek two of the Barclays Premier League.

Van Gaal explained to the media that De Gea didn’t want to play for Man United and, as a result, he is left out of the lineup for a second match in a row. Meanwhile, new signing Sergio Romero, 28, is set to start in goal again in place of De Gea.

The Red Devils signed Romero from Italian side Sampdoria on a free transfer after second-choice goalkeeper Victor Valdes was frozen out of the team by Van Gaal for refusing to play for Man United’s U21 side.

Many tipped Romero to challenge De Gea for the number one spot, but nobody predicted that he would keep De Gea—Man United’s players’ player of the year for two consecutive seasons—out of the side entirely.

De Gea, who has been training with the reserves, has since expressed his surprise at being left out of the lineup. Van Gaal claimed that the Spanish international wasn’t in the “right frame of mind” following heavy interest from Spanish side Real Madrid for his signature.

Since the start of the transfer window, De Gea has been linked with a move to Madrid, but Man United have made it clear that they will only let the player leave for a record transfer fee plus the add-on of Madrid World Cup winning defender Sergio Ramos.

Madrid also have the option of waiting for De Gea’s contract to run out at the end of this season, where they will be able to sign the former Atletico Madrid man on a free transfer.

De Gea, who has made 131 Premier League appearances for Man United, keeping 46 clean sheets, will most likely be kept out of the first-team until the transfer window closes on September 1.