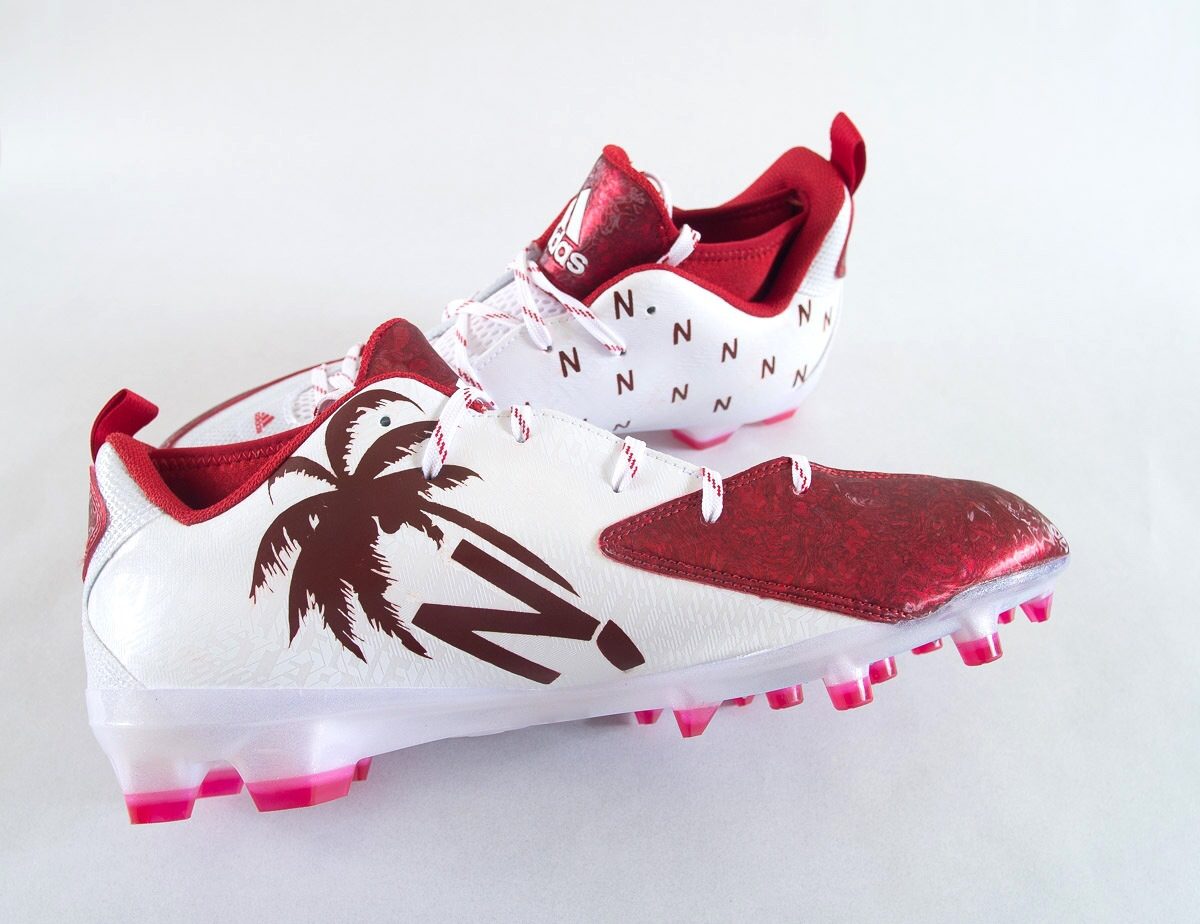 Mache of Mache Custom Kicks is one of the elite footwear artisans in the relatively brief history of footwear customization. Known primarily for his work with LeBron James and other NBA players, Mache is now in play with the University of Nebraska Cornhuskers football team and adidas delivering the goods on what we’re dubbing the adidas x University of Nebraska x Mache Custom Kicks ‘Hurricane Cleat Pack’ for this weekend’s match-up against the University of Miami Hurricanes.

See the goods here, courtesy of our friends at adidas.

The University of Nebraska and adidas have partnered with custom shoe designer Mache Custom Kicks to create custom cleats for one of the Cornhuskers biggest games of the year – this Saturday, September 19th at Miami.

As an established traditional college football powerhouse with a 125-year old history, these new custom cleats were designed to pay homage to the school’s  post-season legacy and record setting 17 Orange Bowl appearances:

As the Cornhuskers prepare for the trip to South Florida for their regular season game against the Hurricanes, they are ready to make a statement. Follow the conversation on Twitter and Instagram via @Huskers, @adidasFballUS and https://www.facebook.com/adidasfootballus  #teamadidas  #GBR