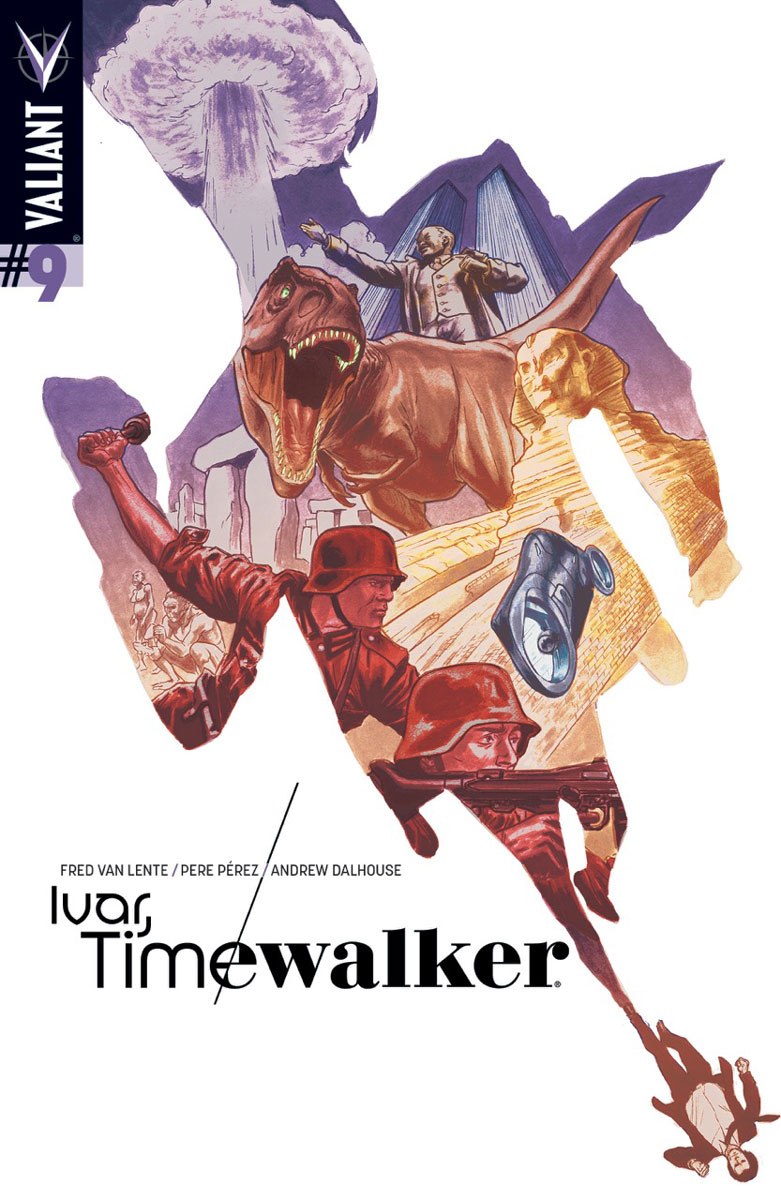 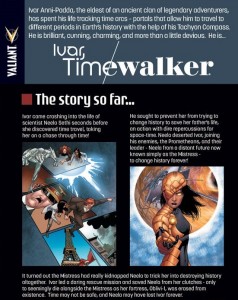 Kicking off what is to be the final arc of the series, this issue delivers more of what has made the run so great and promises to make the last few issues well worth reading.

The action opens with the first few pages of Archer & Armstrong #1 from 2012. While anyone who has read that issue more than once can all but skip these pages, their addition is still an important one. That’s because the moment depicted, occurring thousands of years ago (on a Tuesday, mind you) when Ivar activates a mystical artifact known as ‘The Boon’ in hopes of reviving his deceased brother Gilad, is such a cornerstone of the universe. It connects the three immortal Anni-Padda brothers (Ivar, Armstrong, and the Eternal Warrior, Gilad) to each other, to both books, and to their roles in Valiant lore in general.

As The Boon is activated, Neela Sethi appears to take Ivar, who was killed saving existence in the last issue. With three solid years of speculation and debate on how The Boon actually works, what it does after this moment in the Archer & Armstrong book and just what gifts it bestowed upon the brothers, adding the fact that it seems to also have created a time arc for her to appear is certainly more delicious fuel to add to the fire of speculation. 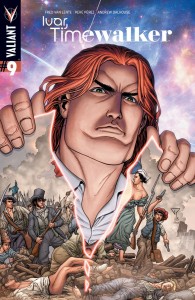 Believing him the only person capable of figuring out how to stop a future version of herself from un-making all of existence, one ‘alterniverse’ at a time, Neela must bring Ivar up to speed a few dozen centuries. It’s a helpful plot device that allows the exposition of the trickier time-travel elements to flow more naturally, giving an organic reason for the actual explanation to the reader to occur. It has worked effectively in the previous two arcs, and having Ivar in the role of pupil is refreshingly funny in its own way.

The pair moves through several variations of the universe, including one that serves as an absolutely brilliant take on a certain racial issue in the world of modern sports, as Ivar climbs the steep learning curve to understand just how he can stop the future Neela from destroying everything. Just as Ivar proves his understanding of women’s rights that still needs a few centuries worth of work, they two find themselves stalled by a ferocious and completely over-the-top enemy. The book closes here. 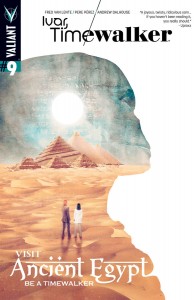 As always, Fred Van Lente keeps the action moving along at a good clip with just enough humor and action to keep things fresh. While the scientific accuracy of the time travel mechanics may be disputable by the more educated reader, it only ever feels as confusing as it needs to be.

Valiant has done an exceptional job on many books keeping the visual style similar despite cycling artists, and both Archer & Armstrong and Ivar are strong examples of this. This consistency helps solidify the issues of each series on its own and together as a shared experience. While Clayton Henry may be my favorite artist to draw the Anni-Padda brothers and company in either book, Pere Perez is more than capable of filling his shoes. The clean lines and solid panel composition work with the colors of Andrew Dalhouse to create a solid feast for the eyes.

Don’t miss this one!