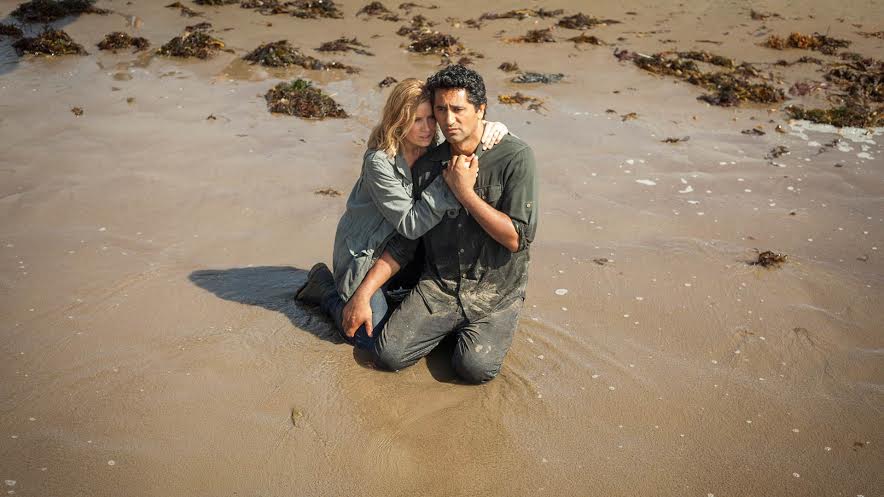 Fear the Walking Dead concluded its inaugural season this past Sunday with an episode that is sure to have people talking for quite some time. Or at least until next week when The Walking Dead starts again. Speaking of The Walking Dead, it’s time for a quick, shameless plug as I will be doing a weekly review of that show as well, so keep an eye out!

This week’s episode of Fear the Walking Dead surely made its predecessor proud by showcasing a little bit of everything we expect from an AMC season finale. We got more action than we have been seeing of late, and there was some amazing character progression that I was honestly not expecting at all. The stress level for the characters was through the roof, and there were a couple zombie-scares that this show had definitely been lacking.

Although the Fear the Walking Dead episode starts slow, once the action picks up, it rarely stops. The group decides to go back to their original plan of heading east, but first they must rescue Nick and Liza from the prison/hospital. They decide that the best way to infiltrate the compound is to use a distraction of some sort.

In some of the poorest decision making I’ve seen in a television show, they release over two-thousand zombies that are trapped in an arena and lead them to the compound. While this is successful in distracting the soldiers of Fear the Walking Dead, they now have a couple thousand more zombies in the area to worry about. Spoiler alert: this decision ends up biting them in the ass later, almost literally.

The massive slew of zombies falls upon the soldiers, and an epic battle ensues. They do their best to hit head shot after head shot, but eventually the un-dead break through the fences and it’s game over. If there was an Emmy for “Most Creative Suicide,” this Fear the Walking Dead scene would win it by unanimous decision.

One Fear the Walking Dead soldier is bitten in the neck, and even more unfortunately, uses his last bullet to kill his attacker. This leaves him no way to end his own life and stop himself from becoming a flesh-eating monster. Luckily, this particular Fear the Walking Dead soldier is quite the improviser, and he runs over to the tail end of a helicopter and jumps head first into the spinning blade. This is one of the most gruesome and also creative deaths I’ve ever seen in a television show and I loved it. Props to Fear the Walking Dead on that. Creativity like that is what is going to keep viewers coming back next season.

While the soldiers are busy turning themselves into hamburger meat, Travis and the gang head into the compound to rescue Nick and Liza. They quickly learn that Nick has already escaped the Fear the Walking Dead holding area with his new friend, Mysterious New Guy (who we find out is actually named Strand). The group is reunited later on in a very stressful scene that almost results in Nick being devoured by the very zombies used for the distraction.

Fear the Walking Dead uses an effective strobe-light effect as the zombies are slowly walking down the hallway towards Nick and Strand. The pair are on the opposite side of a locked door from the main group. The suspenseful music and flashing light had me on the edge of my seat, and I was almost certain I was about to witness the first death of a major character. However, Liza comes to the rescue with her ID card and opens the door seconds before Maddie has to witness the death of her eldest child.

After this close call, it’s a mad dash to get out of the compound with their lives, and just about every character pops their zombie-killing cherry on the way out. This includes Travis, who redeems himself this episode by proving that he might just have what it takes to survive in a post-apocalyptic world. They escape into the parking garage where they think they are almost out of danger, when Ophelia’s soldier friend shows up with a gun, clearly still upset about the whole torture thing.

However, instead of shooting Daniel, he shoots Ophelia in the arm. Travis immediately reacts by tackling the soldier and beating him to a bloody pulp. This was by far my favorite scene of the episode because it shows that Travis has the Rick Grimes gene, and it is best not to piss him off. He is now worthy of Maddie,

In the final moments of the Fear the Walking Dead episode, he further proves he is a potential leader of the group when he is forced to kill his ex-wife Liza who was was bitten during their escape from the compound. This is a heart-wrenching scene, showing Chris cry over the body of his dead mother.

Although Travis has definitely jumped a few ranks when it comes to character, the most interesting individual of the Fear the Walking Dead episode was Strand. Though he befriends Nick and aids in the group’s escape, there is still an air of mystery about him, and it’s hard to tell if he is good-guy or bad-guy. He does prove that he is very persuasive when it only takes him about three seconds to convince Maddie it will be better to accompany him west to his house (more like mansion) on the water, rather than go east.

Strand also mentions Abigail, who we are led to believe is his wife or girlfriend, but it actually turns out to be a giant yacht he plans on using to get away from LA. Talk about GENIUS. We’ll have to wait until next season to see his real intentions, but I’m intrigued. Side note: Strand also had my favorite quote of the season when he said “The only way to survive a mad world, is to embrace the madness.” Great stuff from the writers.

This season finale of Fear the Walking Dead was everything I hoped it would be, and it accomplished its task of getting me pumped for next season. Although it’s been suffering from some criticism and a decline in ratings, the finale should get people coming back for season two. It proved the show has promise as a drama independent from the The Walking Dead. Although I’m disappointed it’s over, I can’t be too distraught because The Walking Dead starts next week and I’m more than excited to get back to the show that started it all. Be sure to visit my work here at Pop Culture Spin for the latest reviews.