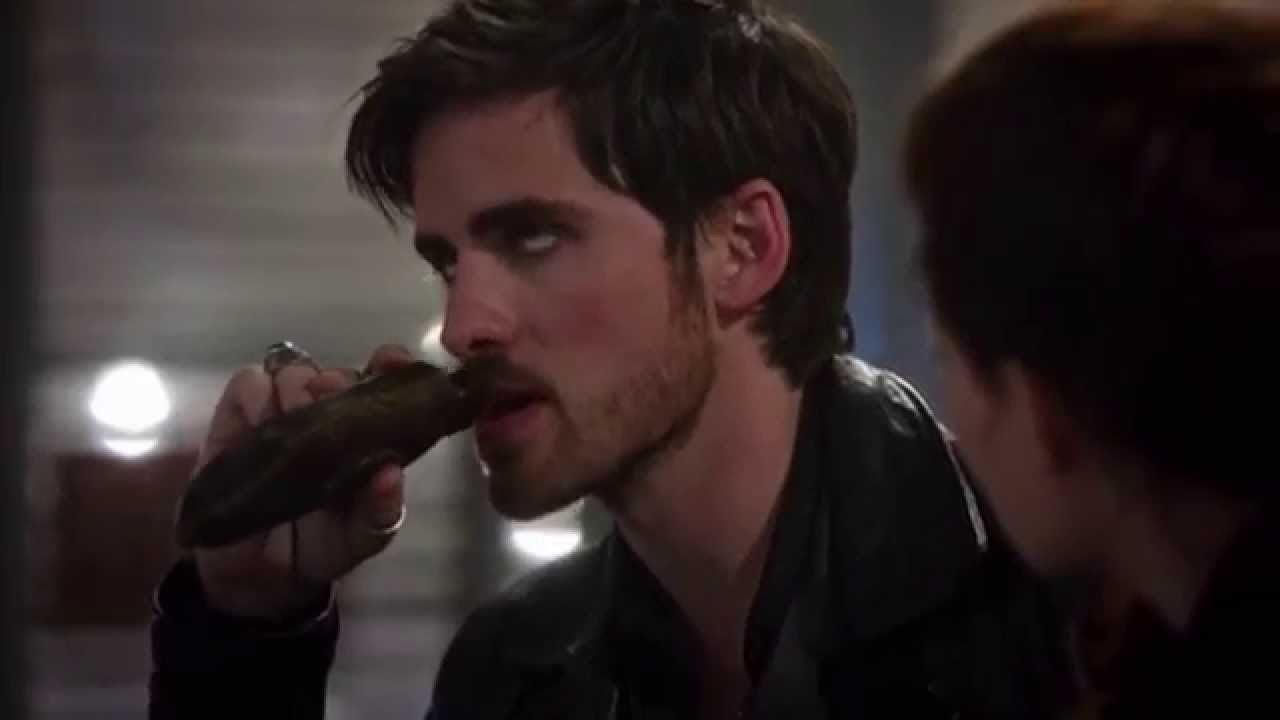 When I tuned into Once Upon a Time this Sunday, I was welcomed by an episode that felt familiar. It was only halfway through the episode that I realized the story is extremely similar to episodes from the first three seasons.

Now dealing with what I believe is their fifth curse, the dwarves, led by Grumpy, take it upon themselves to determine what the rules are of this unique curse.

As is the case with every new curse, if someone tries to cross the town line, something terrible happens to punish them. Grumpy decides that the best way to figure it out is by having someone simply cross the town line to see what happens. Poor Dopey is the one to draw the short straw and, once over the line, is promptly turned into a tree. It doesn’t take the residents of Storybrook long to figure out that human-based botany isn’t the only thing that comes along with this curse.

It turns out that King Arthur and his subjects from Camelot have also been brought along for the ride. This is good news for Henry, since he finally gets his first chance at a romantic storyline, but probably not such good news for the rest of Storybrook, as Emma has clearly brought them with her for a reason.

While I love Emma’s new role as the Dark One (does anyone else think she makes evil look super hot?) and I love the way Once Upon a Time has always used flashbacks to fill in the holes, I feel that this new curse is unnecessary and overplayed.

We’ve seen the town have their memory wiped three times before and also witnessed various characters discover different parts of their memories to be missing. Had the writers tried hard enough, they could have found a way to utilize Emma as the Dark Swan without having her create a new curse.

I fear that this old trope of Once Upon a Time might make this season feel too tedious and familiar. Then again, I might be proven wrong because at least the viewers seem to be getting answers behind the memory loss faster than in previous seasons.

While the residents of Storybrook try to recover their memories yet again, Regina struggles with her new role of savior – a struggle that is reminiscent to Emma’s from the first two seasons.

Regina doubts that she has the ability to be good, and fears that everyone in Storybrook will never be able see her as anything besides the Evil Queen. Emma feeds into this doubt and says to Regina, “I built this curse without the one thing you need to break it, a savior.” Regina spends the first half of the episode convincing herself that everyone is right, that she can’t save Storybrook.

Fortunately, she’s forced to stop moping around when a Fury is discovered in town. Furies are like bounty hunters for magic, they seek repayment for the price of magic when it hasn’t been paid; more specifically people who are alive who shouldn’t be.

We learn that, while in Camelot, Robin Hood was stabbed while protecting Regina from an angry blast from her past. After reminding Emma how terrible her luck is when it comes to her love life, Regina convinces Emma to use dark magic to bring Robin back to life. Emma does so, but refuses to pay the price for her magic with another life, which we can safely assume is what angered the Fury.

Back in Storybrook, and faced with losing another person she loves, Regina gets some of her old confidence back and decides to prove everyone wrong by embracing her role as the new savior.

With the help of Mary Margret, David, and King Arthur, Regina defeats the Fury and saves Robin’s life – which doesn’t really make sense. Shouldn’t they still have to pay the price for magic to keep the Fury from coming back? But what do I know…. the rules of magic in Once Upon a Time have always been a little iffy.

Nevertheless, I’m super pumped to have Regina as the savior. She’s been my favorite character for a considerable time, and I’m glad to see her staying away from her evil tendencies. It gives me hope that she’s finally on her way to a happy ending. If only that was true for the rest of Storybrook.