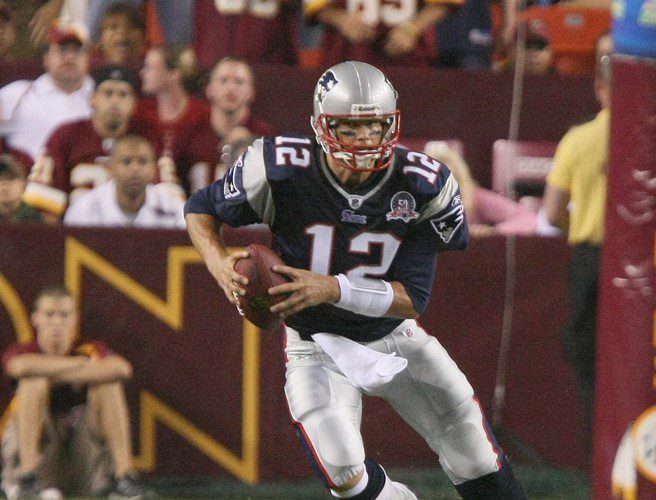 I don’t think there is anything scarier in the NFL for a team than finding out they are going to catch the New England Patriots after the Pats have a bye week!

In the fifteen years that Bill Belichick has been at the helm of this battle destroyer that the Patriots have become in that time, they are down-right dreaded coming off a bye. I bet that when the schedule comes out for the year most teams check to see if they are playing New England. If they are, I’m sure they double check to see if it will be after the Patriots bye week. I’m sure it’s a game all players and coaches circle on their calendar. Reason being no matter who they play, where the game is, or what time the game is at, the Patriots are close to unstoppable after a bye week standing at 11-4 under the Belichick regime.

Next victim on the “Scorched Earth Tour” the Patriots are on, is the poor, injured, Dallas Cowboys who are coming off a tough overtime loss to the New Orleans Saints. Now they have to deal with a pissed off Tom Brady. Even worse for the Cowboys? Belichick has proved he uses the bye week to make his team more prepared than whoever they face.

As much injuries as the Cowboys have already been dealt so early in the season, their biggest asset remains intact; their offensive line.

Without question the Cowboys’ offensive line is the biggest and most athletic in the league. Being led by gigantic yet agile guard, Doug Free. Last year they helped DeMarco Murray out gain every other back in the league, which eventually would help Murray land a big contract in Philadelphia. This season with a mix of Joseph Randle, Darren McFadden, and up until this past Sunday night, Lance Dunbar, the line has seemingly picked up right where they left off last season. Running over and through any front seven they face.

The Patriots on the other hand have a run defense that is certainly suspect. They have been gashed up on the ground for over 100 yards by just about every back they have faced so far. In fact if there is a soft spot on this team it might be the inability of the D-line to stop the run. Something that is unfamiliar to this team as it has been a strong point for them the last decade or so, due in large part to defensive tackle, Vince Wilfork. With Wilfork leaving for Houston in the offseason, it has left a clear hole in the middle of the defense that has yet to be filled and could be most important this week.

New England coach, Bill Belichick, has unquestionably recognized the inefficiencies of his defensive line, especially against the O-line they face this week. How do I know this? Simple. On their website, where you can find the active 53 man roster, they have activated three defensive tackles. Bringing the number at that position on the roster to a total of six. Which is the first time they have had that many active this entire season and without much digging it’s easy to see that it is due to the massively talented line of the Cowboys.

The biggest battle of this game will be between the biggest men on the field and fought in the trenches. If New England can make Dallas a one dimensional team by taking away the run, the game will be over early.

In the Patriots’ last game against the Jacksonville Jaguars, the second-year defensive tackle logged the highest snap count of his career at 32. Five times that of his season high. This is relevant because if Easley can consistently become a three down run stopper like he was two weeks ago, he will become the man who fills the void left by Wilfork. Which is the least he should be seeing how the Patriots spent their first-round pick on him before the 2014 season , while he was injured.

Although undersized, he is extremely strong, giving the Patriots a plethora of combinations choices on the defensive line because Easley can line up just about anywhere. He will be used predominantly in the middle against the stout line of the Cowboys. His short and wide stature will be utilized to plug up the middle forcing the running backs of the Cowboys to the outside, where the Patriots have been successful this season at setting and keeping the edge.

Easley’s usage will be monitored closely be the Patriots coaches this game, but if he can log a high, and productive snap count for a second-consecutive game, against such a formidable opponent, Easley will be viewed as Wilfork’s replacement for the time being. Something the Pats will need later in the season against teams like the New York Jets and Denver Broncos. Which springs another question for Easley.

Can he stay healthy? A question that has plauged his entire career in college and until he lasts a full season in the pros, will continue to be asked of him.

Unless you skip everything else in this article and scroll down to only this part, I don’t think it’s a mystery to you that I believe the Cowboys will be looking to run the ball early and often. How could they not? Their amazing line plows through everything in front of them and the Patriots defense has allowed a pathetic 117 yards per game to their opponents, 23rd overall in the league. Those factors will lead to serious battle in the trenches.

Six defensive tackles are active for this game by the Patriots. That will mean a heavy dose of bigs in the middle. As I said before, do not be surprised to see four-man defensive fronts by the Patriots that feature four D-tackles. That should let the Pats defense clog the running lanes and allow the fast, athletic play of linebackers Jamie Collins and Dont’a Hightower to wreak havoc in the backfield. Look for both of those players to be in the double digits in tackles this Sunday.

It will be the number one priority of the Patriots defense to force the Cowboys into throwing the ball with their backup quarterback, Brandon Weeden. As a starter in the NFL, Weeden has lost 10 consecutive starts. Even though he didn’t look horrible these last two weeks while filling in for the injured Tony Romo, he is still Brandon Weeden. Last season Weeden kept the Cowboys alive while Romo missed a couple of games with a injured back, but that was with DeMarco Murray still on the team and Dez Bryant healthy. Both of which he will be without due to free agency and injury. The odds are stacked against Weeden. He better hope his team can get the running game on track early to take pressure off himself.

As for Weeden’s counter part, he is currently on a mission. A mission which the local media in New England has dubbed: “Scorched Earth Tour.” In three games played Brady has already thrown for 1,112 yards. To go along with nine touchdowns to zero interceptions! Brady is playing absolute out-of-his-mind football. I keep saying it every week, but it’s an unavoidable fact in every game the Patriots play this year. The team is playing for a championship and they don’t plan on losing a game this year. Their 38-year-old quarterback plans on hanging up 40 or 50 on every opponent, and so far, it’s working.