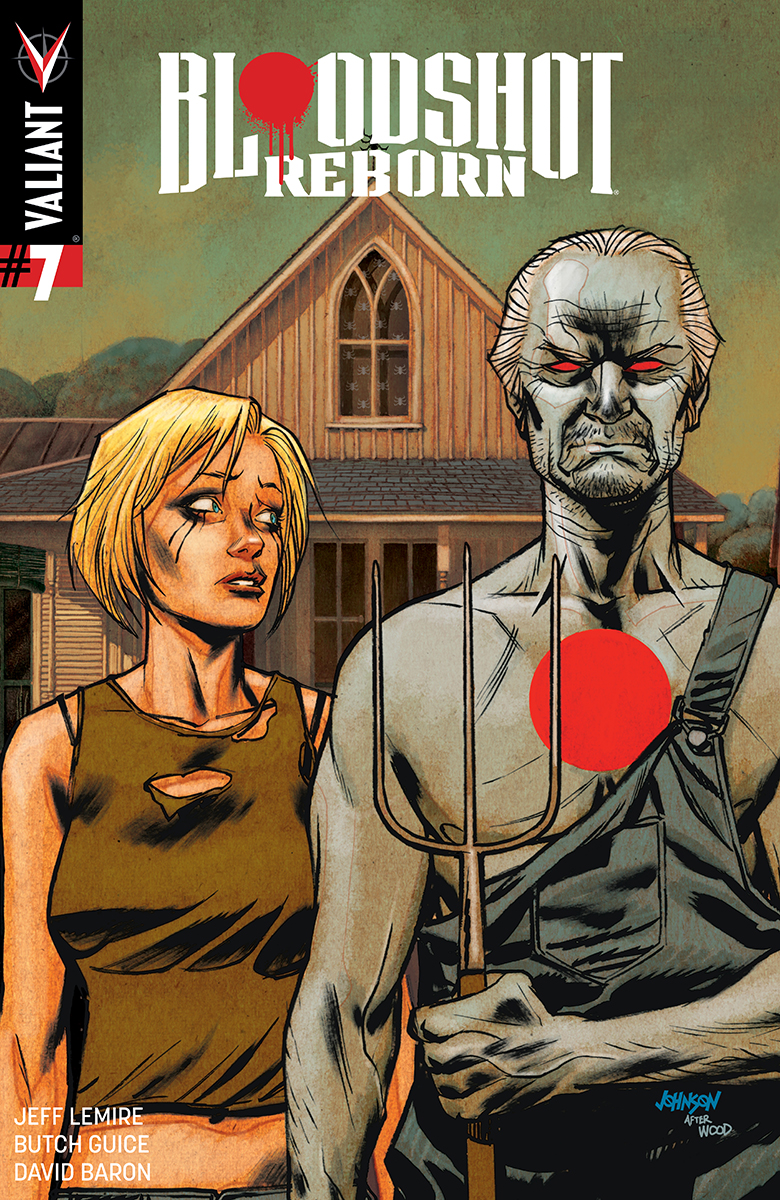 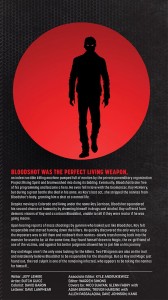 Continuing the arc “The Hunt,” Bloodshot Reborn #7 picks up the pace set by the previous issue and speeds along what should be an exciting ride.

The book opens with the introduction of another nanite host, this time a telemarketer named Dwight. Fleeing his office after the little machines in his blood give him visions of mowing down co-workers, he’s quickly dispatched by the ‘other’ hunter, which is fine with me because the idea of a nanite-powered telemarketer making cold calls through thin air is downright horrifying. It’s a tense moment that sets the tone well, and Butch Guice’s art fits the scene nicely.

This event light’s a proverbial fire under Bloodshot (now going by Ray Garrison), whose conversation with tag-along Magic reminds us there’s just one other nanite host left between the other two actively collecting them. He’s also visited once more by the ‘ghost’ of late Geomancer Kay McHenry, whom he failed to protect during the events of ‘The Valiant.’ 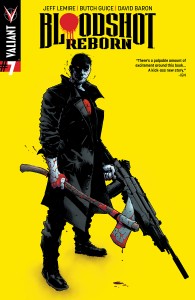 The visage, powered undoubtedly by the nanites themselves, is one Ray seemed to have exiled in a previous issue. It doesn’t bode well for the mental state of the character, nor for the designs of the little machines orchestrating the events around him.

Continuing their hunt for Ray as a lead in the ‘Red Circle’ killings (a series of violent attacks perpetrated by nanite hosts with the signature Bloodshot look) are special agents Hoyt and Festival. Almost everything about this duo in this arc feels flat and their escapades dance with cliche. One such example is their meeting with Hoyt’s contact who gives them the obligatory file folder with details on Project Rising Spirit’s Project Bloodshot… er, project. 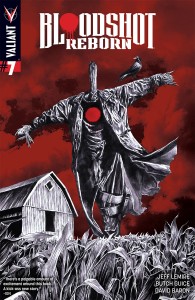 The shadowy meet-up feels unoriginal and brings the story down a peg, especially when he mentions he’d come across only vague references to something called ‘Bloodshot Island.’ Hoyt jokes that it sounds like ‘the world’s worst resort.’ Whatever it turns out to be, its name is uninspired and actually makes me want to know less about it for fear the idea behind it is even weaker than its title.

The issue ends on a high note, and the last panel introduces us to the other one hunting nanites. There’s no big reveal here, but the closing moments of the book do rev up the suspenseful action, giving the reader a good ‘oh $#!^’ moment and illustrating just how capable this new enemy might be.

While not every aspect of the story is masterfully written and inspiring, the story picks up the pace and all but promises to be great from here to conclusion. Butch Guice’s art is easier to appreciate with the varied scenes in his second issue, adding visual depth to the moodier scenes.