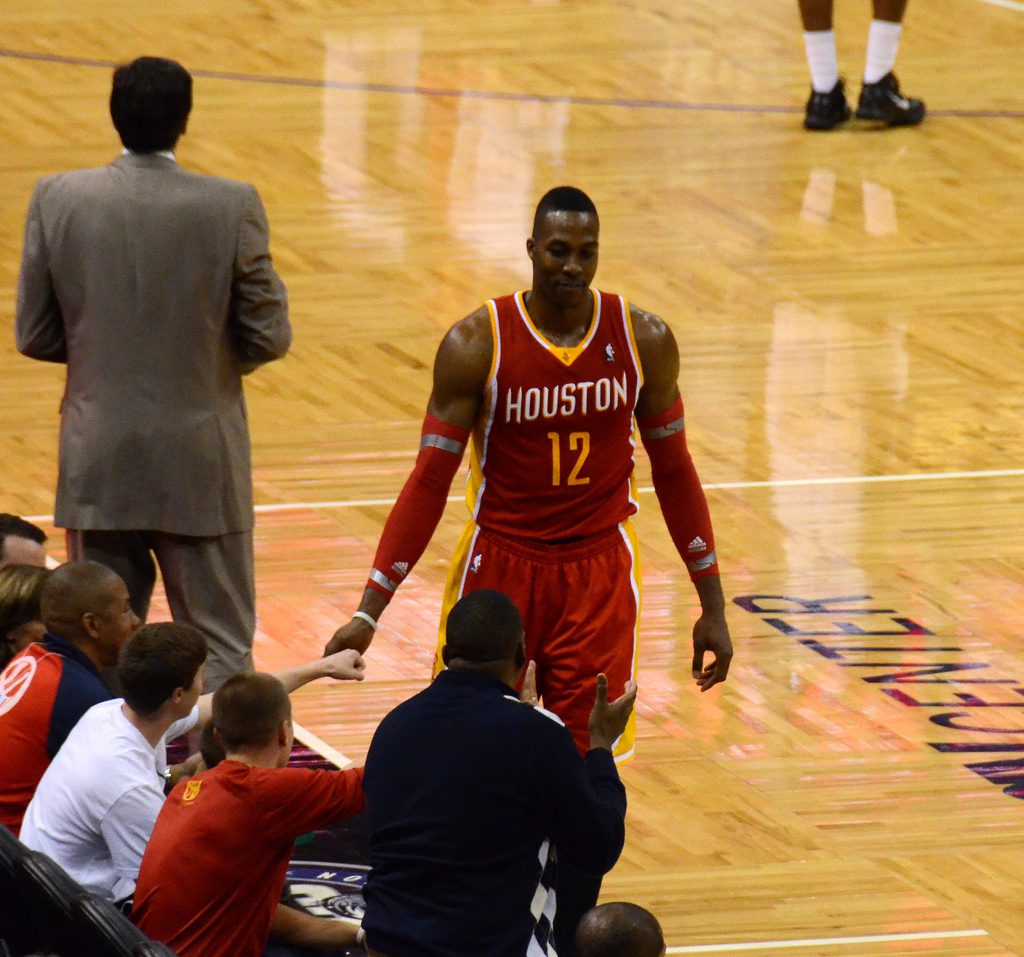 Today I present you something that’s a little bit different than what you’ve been reading while on this Top 50 NBA Players journey. I ask you to come along as we briefly examine, The Tale of Two Former Superstars.

As I mentioned from the right in my criteria (which you’ve probably forgotten all about), this countdown is not an examination of where a player will be in five years or where they were five years prior. All I’m concerned with is a players output last season, and what we might be able to expect during the upcoming season. With that being said, you have to at least consider where Carmelo Anthony and Dwight Howard have been in order to understand where they are now, and that’s because this list is ultimately about perception; where do I perceive these players to rank in the grand scheme of the current NBA, and more importantly, how do you feel about my perception of them.

Of course, perception is often quite different from reality. And just like the reality of a situation can change, so can our perception of the same situation. A good example of this phenomena is how we’ve perceived Carmelo Anthony and Dwight Howard in the past, what their status really has been, and how we perceive them now.

Carmelo Anthony was the third selection in the same draft class as the eventual Miami Heat championship winning trio LeBron James, Chris Bosh and Dwyane Wade. Carmelo Anthony has never been to an NBA Finals and he’s only been to the Conference Finals once in his career. He’s been called a choker and overrated by some, yet by others he’s been heralded for being one of the most gifted scorers in recent NBA history and someone who was born with the imaginary clutch gene (Hi Skip, I’m still waiting on my debate #SonnyVsSkip). 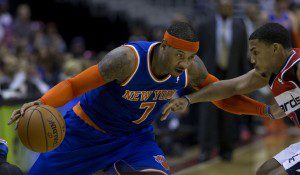 Dwight Howard is in an eerily similar boat. He was drafted first overall in the 2004 NBA Draft right out of high school and was the best center in the NBA only three years later. Some have been put off by his attitude, his inability to shoot free throws or his supposed lack of a post game while others have marveled at his defensive destructiveness.

To make a long-ish story short, Carmelo Anthony and Dwight Howard have both gone back and forth between “overrated” and “underrated” not so much because they’ve changed, but because our perception of them has constantly been changing.

And don’t misunderstand what I’m saying … Melo and Dwight have obviously both changed, but that change is a result of being in their 13th and 12th seasons respectively. It’s not unnatural that at this stage of a players career their numbers and efficiency will dip, they’ll lose a couple steps and they’ll slowly work their way down the rankings of the best players in the NBA. That’s not really a sign of a guy changing; it’s the natural slippage that you have to account for after you put thirty-thousand minutes on your NBA odometer. Only a few guys have been able to maintain at an elite level at this point.

Neither Anthony or Howard are slouches yet. Just look at the numbers. Dwight was still a double-double machine when he was on the floor and the Rockets defended at an elite level while he was available. Melo could still fill it up with the best of them and somehow, the Knicks actually put forth a top-ten caliber offensive effort while Melo was on the floor. The biggest reason that they’ve each moved down from last years rankings (Carmelo was 10th and Howard was 14th) is because they combined to play 81 of a potential 164 collective games last season, and in each of their sections I conceded that it was a very distinct possibility that their health could take a hit as they moved into the twilight of their careers. Carmelo has missed 78 games in the 10’s and Howard has missed 74 in the same five year span. In all likelihood, neither of these two will go all 82 or come too close again.

That doesn’t necessarily mean that they don’t warrant Top 25 spots though, and it also doesn’t mean that these two are overrated now or in the big picture. If you just consider what each of them still do great, you’ll see that they are just as effective as some of the young guys who are similarly ranked on this list. Is DeAndre Jordan that much better than Dwight Howard? Is Damian Lillard any more of a complete player than Carmelo Anthony is? The answer to both questions is no. Was Dwight Howard the same caliber center as Shaquille O’Neal? Should we have compared Carmelo Anthony to LeBron James from day one? Again, the answer to both questions is no.

And that’s what makes Dwight Howard and Carmelo Anthony so interesting now and forever. We’ve never quite been able to get a firm grasp on where they should be and because of that, we’ve unfairly perceived where they are within. We wanted Dwight to be right there with Shaq, Hakeem, Kareem and Wilt. He didn’t get there for a variety of reasons, but he’s not just some bum who greatly underachieved, nor is he just some run of the mill center taking up space today. Same goes for Carmelo. We wanted him to rival LeBron, become an all-around superstar and win a few titles. Just because he didn’t ever quite hit any of those marks doesn’t mean we should shit all over the guy.

For now you’ll have to trust me that this is a good spot for both of these two. Someday we’ll need to get a better idea of where they rank in this era … and I’d like to formally announce, that that day will come next year, when I slightly alter my Top 50 Countdown, and instead of ranking the 50 best players currently in the NBA, I’ll be ranking the 50 best NBA players of the 2000’s.