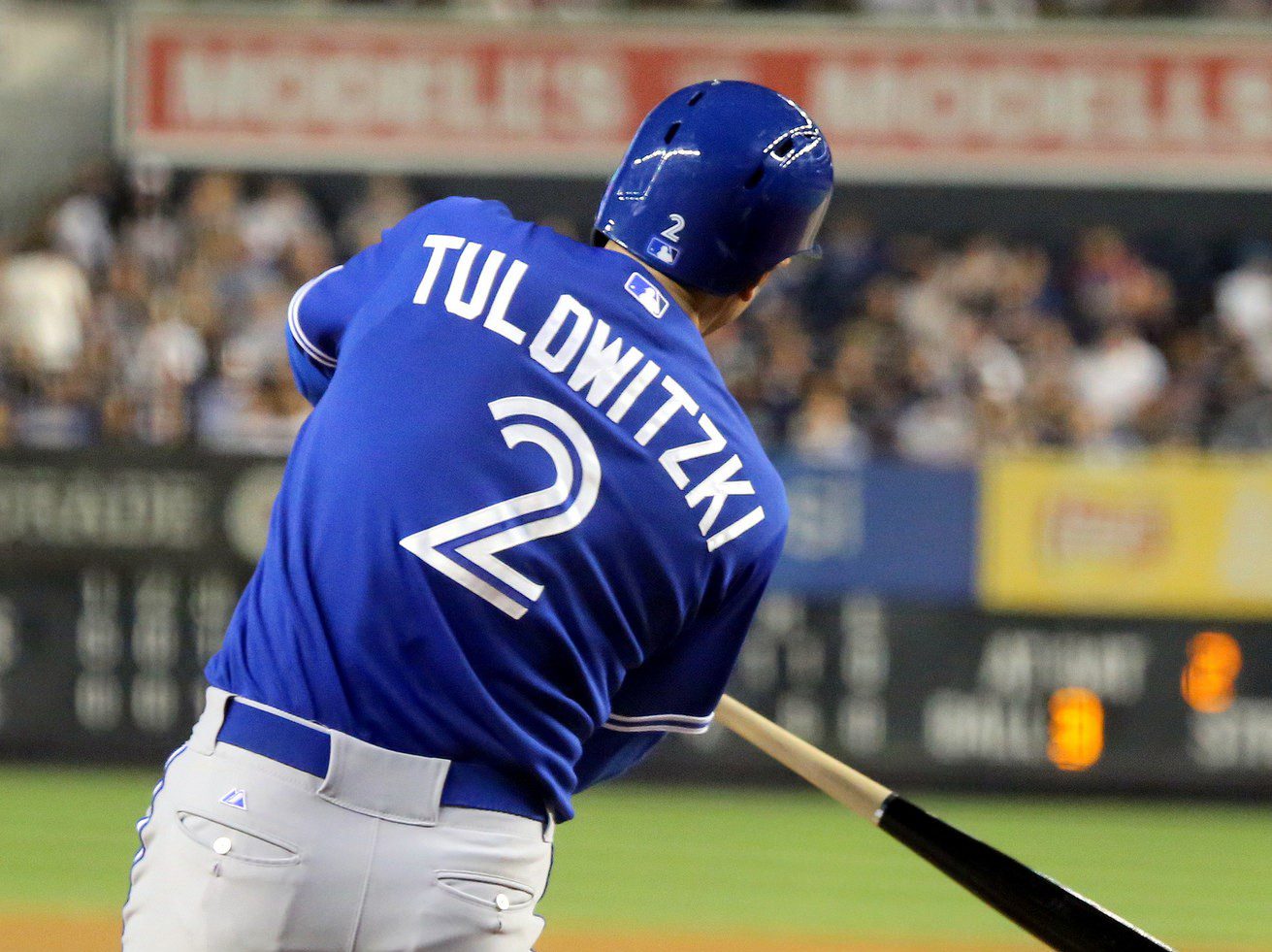 From an outsider’s perspective, there was nothing that 100 men or more could ever do:

This game belonged to the Toronto Blue Jays regardless of the cost.

With their backs against the wall while visiting Globe Life Park in Arlington, Texas on Sunday evening, the sickly looking birds came out swinging, and managed to live another day thanks to Troy Tulowitzki and Marco Estrada who helped the Jays defeat the Texas Rangers 5-1 in Game 3 of the ALDS.

However, it wasn’t the greedy cracks of Toronto’s bats that screamed in the ears of the crowd, it was the deafening silence of the Rangers’ own bats. Their major playmakers have been oddly quiet this series, including Prince Fielder and Shin-Soo Choo (one hit apiece), Mitch Moreland (none), and Josh Hamilton (two). The home team went 0 for 4 with runners in scoring position on only five hits.

It doesn’t help much when your hottest hitter is watching the game painfully from the dugout. Adrian Beltre has missed the last two games of the series due to a back injury suffered during Game 1 and remains day-to-day.

Toronto starting pitcher Marco Estrada had the Rangers’ bats right where he wanted them by confusing them with a plethora of off-speed pitches. In the six and a half innings he was on the bump, Estrada only allowed five hits and managed to strikeout four. After the bullpen took over, the Rangers were only able to get one measly run on the board.

The broom that Texas so desperately wanted to wave on Sunday had to be shoved back in the closet as the dream of a ALDS sweep died along with the Rangers’ bats. All eyes are on Beltre for Monday’s Game 4 since manager Jeff Banister confirmed that if Beltre SAYS he’s ready to play, he’ll play. This means basically hogwash since a stubbornly hungry player like Beltre will always SAY he’s ready even when he’s not (the man had to be coaxed off the field by teammates after he agonizingly jogged to first base during Game 1 for the love of Pete).

Sure, Beltre is their hottest hitter, but in his absence, the other big guys need to wake up. I’m looking at you, Choo. And you, Fielder.

Rangers still have a chance to deliver the final death blow to the Jays on Monday, otherwise the series moves back to Toronto for a do-or-die Game 5.