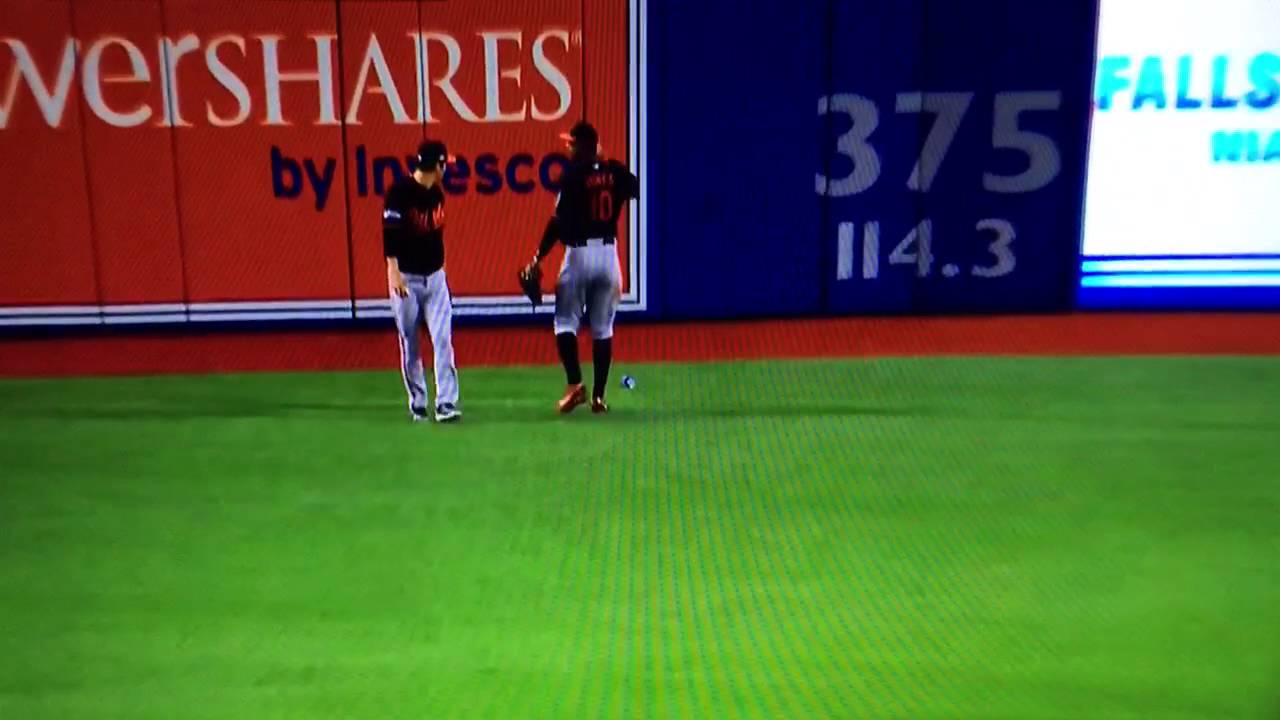 Image courtesy of the MLB/YouTube.

I was lucky enough to attend the AL Wild Card last night between the Baltimore Orioles and the home-town Toronto Blue Jays. I will not break down the numbers, the batting averages, the sterling pitching performances and the epic home runs. I will break down the disgusting actions of some fans and how upset they made me as a fan of baseball and a native Torontonian.

Allow me to set the scene for you. I arrived at the Skydome (I know it’s the Rogers Centre now, but to me it will always be the Skydome) around 6:00 pm for an 8:00 pm game. I was in an upper level box in the middle of left field and was able to watch the Orioles take batting practice. The other people with me were keen to point out how the ball was exploding off the bats of many of the Orioles sluggers, and the swirling wind was pushing balls toward left field. With the abundance of right-handed bats we were fairly certain that most of the action would be our way, and we were not disappointed. Jose Bautista’s home run in the second inning was directly below us, as was Mark Trumbo’s in the fourth, and Edwin Encarnacion’s in the eleventh. But it was a deep fly ball that caught my attention the most.

In the bottom of the seventh inning, Melvin Upton Jr.,came up to the plate with no one on, and two outs. Upton was put in to replace Michael Saunders. Upton hit the pitch to left-center field as outfielder Hyun Soo Kim ranged over and got under the ball. It was a high fly, and from my vantage point it had a chance to get out of the ballpark. But as the ball came down and you followed its path you saw Kim standing on the track awaiting its arrival in his glove. Then a nearly full can of beer came flying out of the 100 level seats not far from where Kim was standing, missing him by only a few feet. Kim probably didn’t notice it in the process of making the catch, but he noticed it quickly after, but it was teammate Adam Jones (who was backing up Kim on the play) who was more quick to take exception to the despicable and deplorable action of one person in the crowd.

“First and foremost, that’s about as pathetic as it gets between the lines,” Jones said. “You don’t do that. I don’t care how passionate you are. But to throw something at a player? That’s as pathetic as it gets. I hope they find the guy, and I hope they press charges, because he’s not looking, you could hit him in the back of the head. You never know what could happen. That’s a full beer that’s being thrown.” Jones commented to the press following the game. Kevin Pillar of the Blue Jays had a more diplomatic way of chastising the fan saying that while he appreciated the passion of the fan, that kind of behaviour can’t be tolerated. “You have to keep the stuff in the stands… These are human beings, these are grown men, they have families, they have kids, no matter what the situation is, we’ve got to be better than that.”

I’m more inclined to agree with the way Jones phrased things than Pillar. I’ve watched hundreds of baseball games, and only seen one incident that came close to this, and sadly it was in Toronto last year. If you’ll recall in the ALDS last year when Russell Martin was attempting to throw a ball back to the pitcher on a routine exchange when it hit an outstretched hand of Shin-Soo Choo and allowed Rougned Odor to score from third. The fans all thought that the player in the box had interfered with the ball (unintentionally) and that the run shouldn’t count. Replay showed that the bat and arm of the batter were still within the batters box, and it was Martin who was at fault, so the run did count. This prompted the hometown fans to begin throwing all manner of anything towards the field. The images of a new mother clutching her baby as debris fell from the upper decks is one that still makes me sick to this day.

To make matters worse, on what should have been an epic evening in Toronto sports history, at the end of the game, on a walk off 3-run home run, garbage began to fall from the stands onto the field again! I’ll mention that fans were given light blue rally towels as they entered the stadium at the beginning of the game. I can understand, to a degree, throwing these free souvenirs towards the feel in an act of celebration. In general I actually didn’t mind this as they were towels, they wouldn’t hurt anyone as they fluttered in the autumn air from the 500 level above me. Some people opted to tie knots in them to create more mass and aerodynamics to get them onto the field, I take issue with that as now it could hurt someone if it hit them. However what got me visibly upset was the cans of beer and other refuse that was going right along with the towels.

To put this bluntly; the actions of many fans at the conclusion of the game was irresponsible, reckless, disgusting and upsetting. As a Torontonian I am embarrassed that on an international stage that these are the actions we are becoming known for. As a fan of the Toronto Blue Jays I am disgusted to be associated with anyone that would consider such actions acceptable in any circumstance, regardless of their level of sobriety. To the fans that threw things onto the field at the end of the game please grow up or stay home. Clearly an 8pm start time is past when your parents should be allowing you out of your crib. To the singular person who threw the beer at an active player on the field you should be so sick with your own actions that you turn yourself into the authorities. If you’re not than you should be committed for being a sociopath.  It’s really that simple.  On behalf of the fans that were not complete idiots please accept my apology.  We’re sorry.  I know I am.